Especially is this true where the lynching is accompanied with torture. There are certain hideous sights which when once seen can never be wholly erased from the mental retina. The mere fact of having seen them implies degradation. This is a thousandfold stronger when, instead of merely seeing the deed, the man has participated in it. Whoever in any part of our country has ever taken part in lawlessly putting to death a criminal by the dreadful torture of fire must forever have the awful spectacle of his own handiwork seared into his brain and soul. He can never again be the same man. 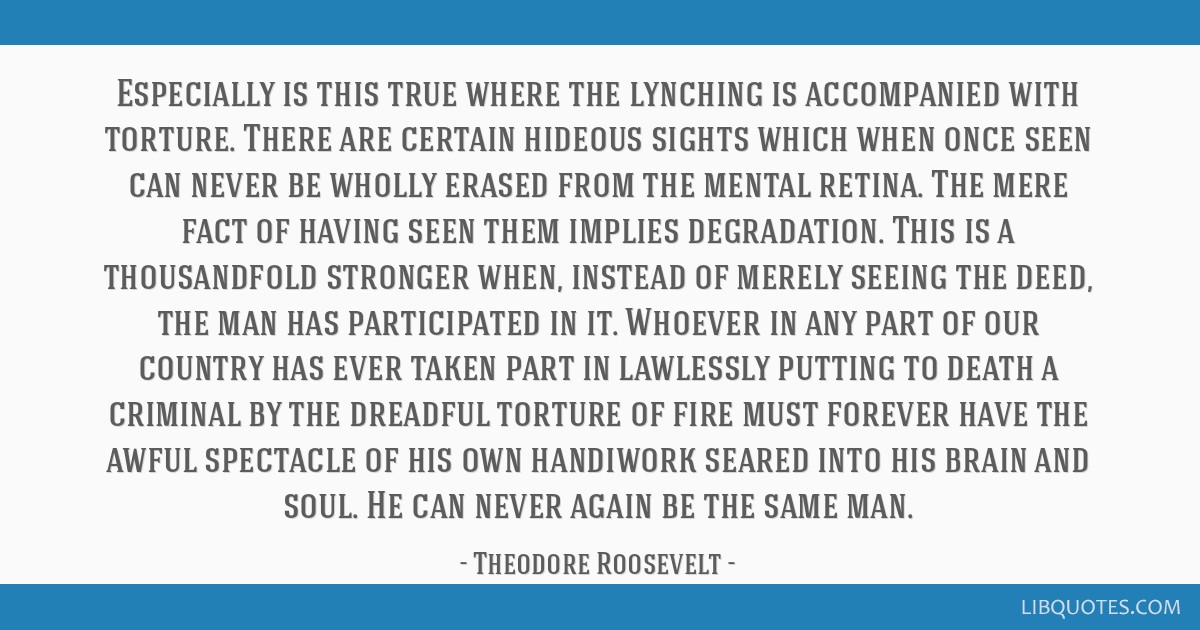 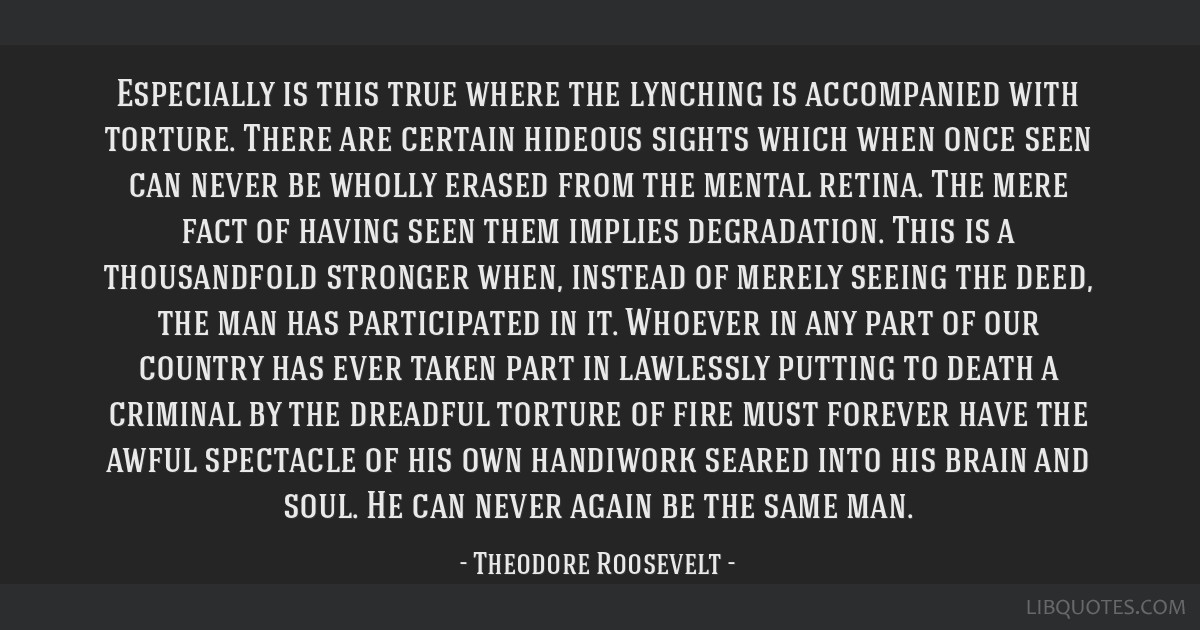 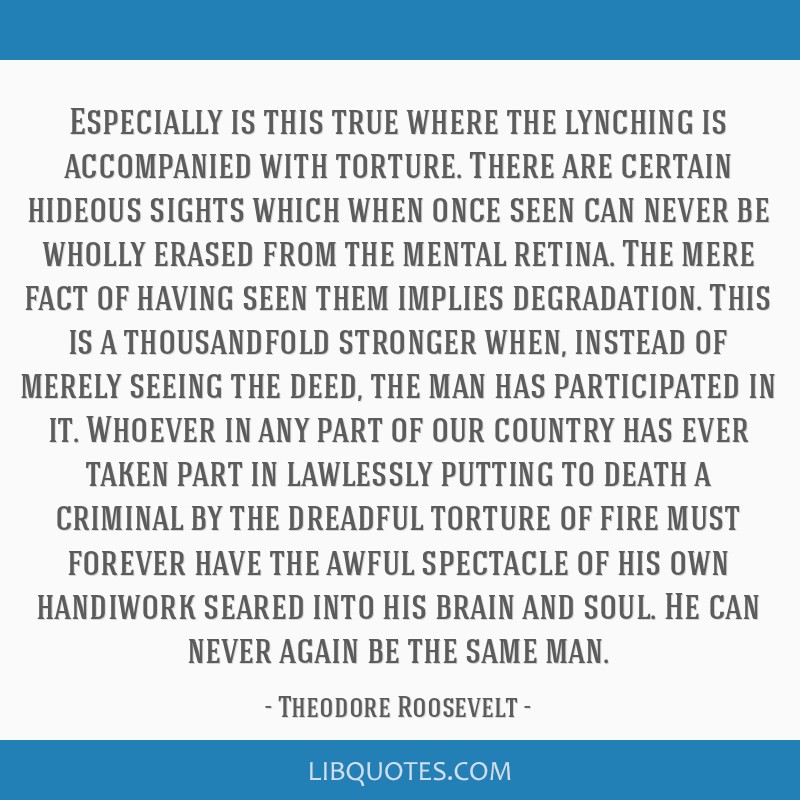 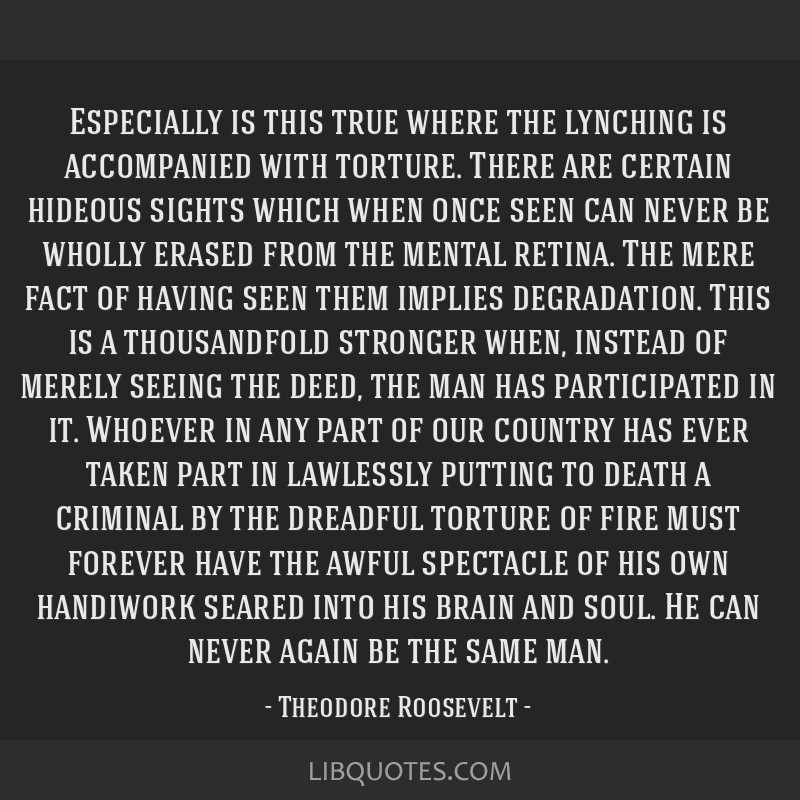