The idea that our natural resources were inexhaustible still obtained, and there was as yet no real knowledge of their extent and condition. The relation of the conservation of natural resources to the problems of National welfare and National efficiency had not yet dawned on the public mind. The reclamation of arid public lands in the West was still a matter for private enterprise alone; and our magnificent river system, with its superb possibilities for public usefulness, was dealt with by the National Government not as a unit, but as a disconnected series of pork-barrel problems, whose only real interest was in their effect on the reëlection or defeat of a Congressman here and there—a theory which, I regret to say, still obtains. 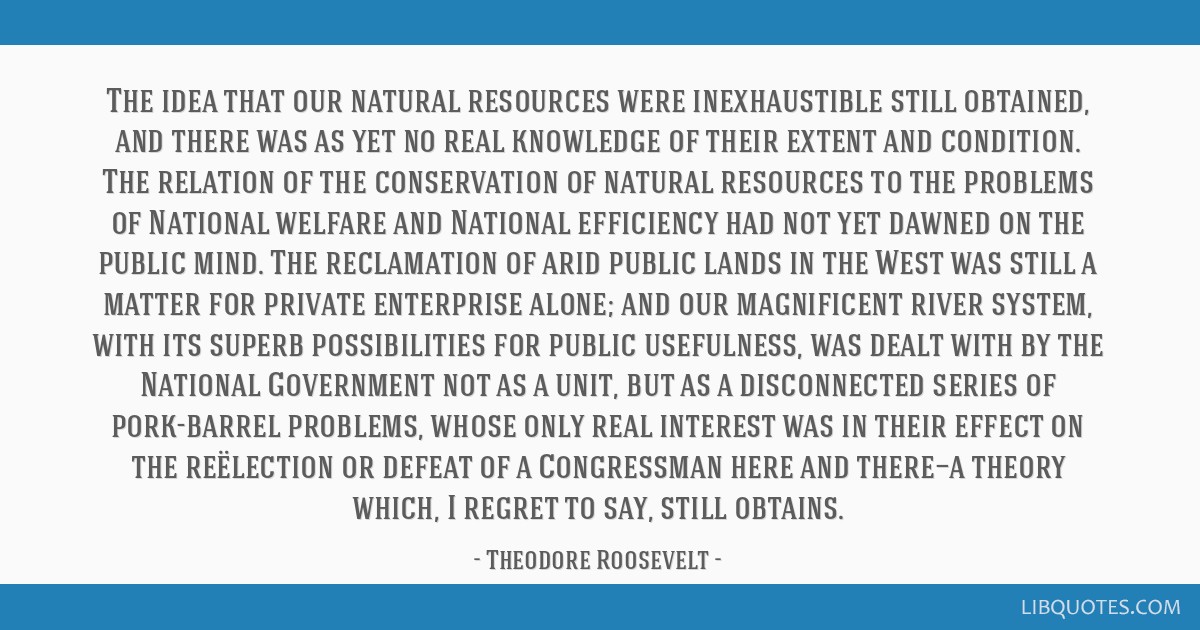 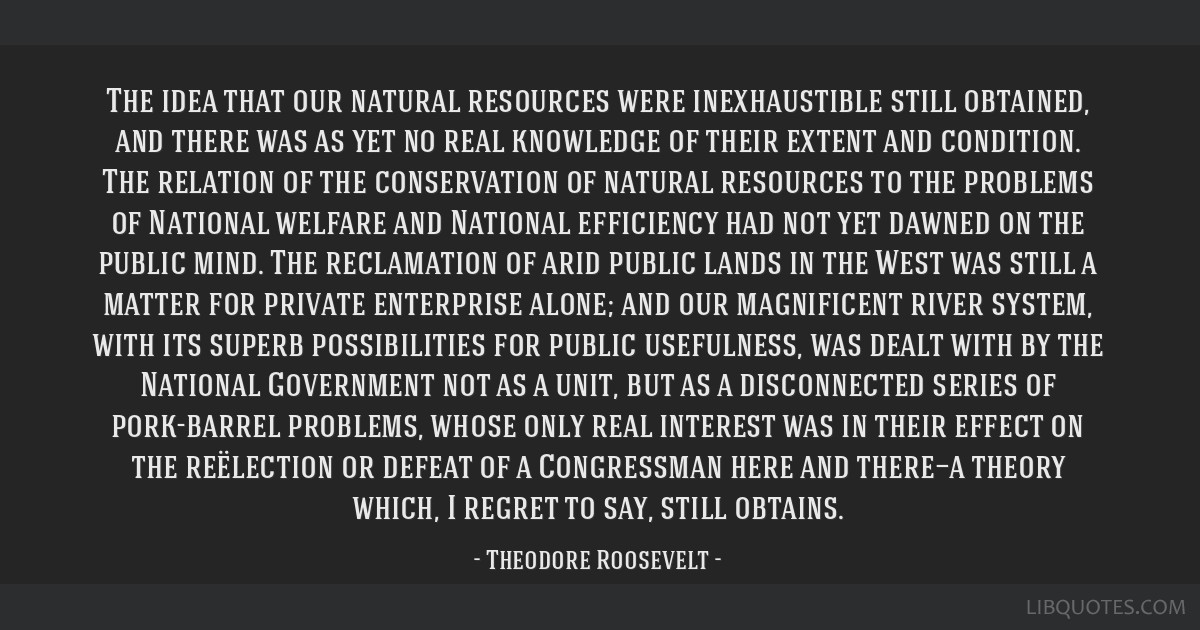