Any political movement directed against any body of our fellow-citizens because of their religious creed is a grave offense against American principles and American institutions. It is a wicked thing either to support or oppose a man because of the creed he possesses.... Such a movement directly contravenes the spirit of the Constitution itself. 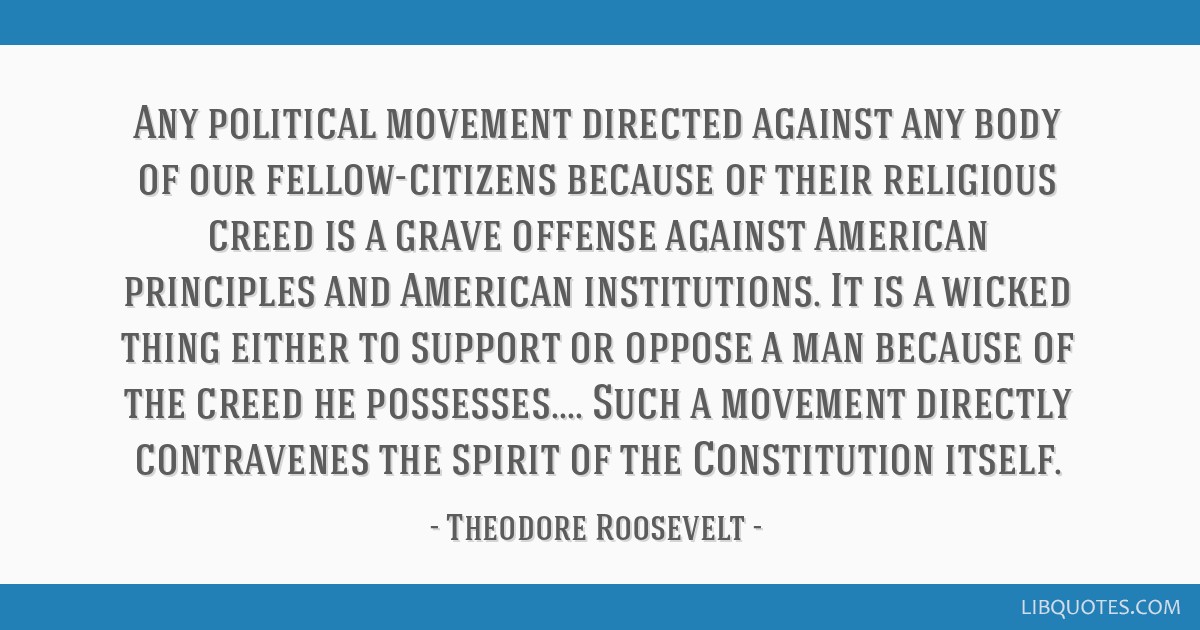 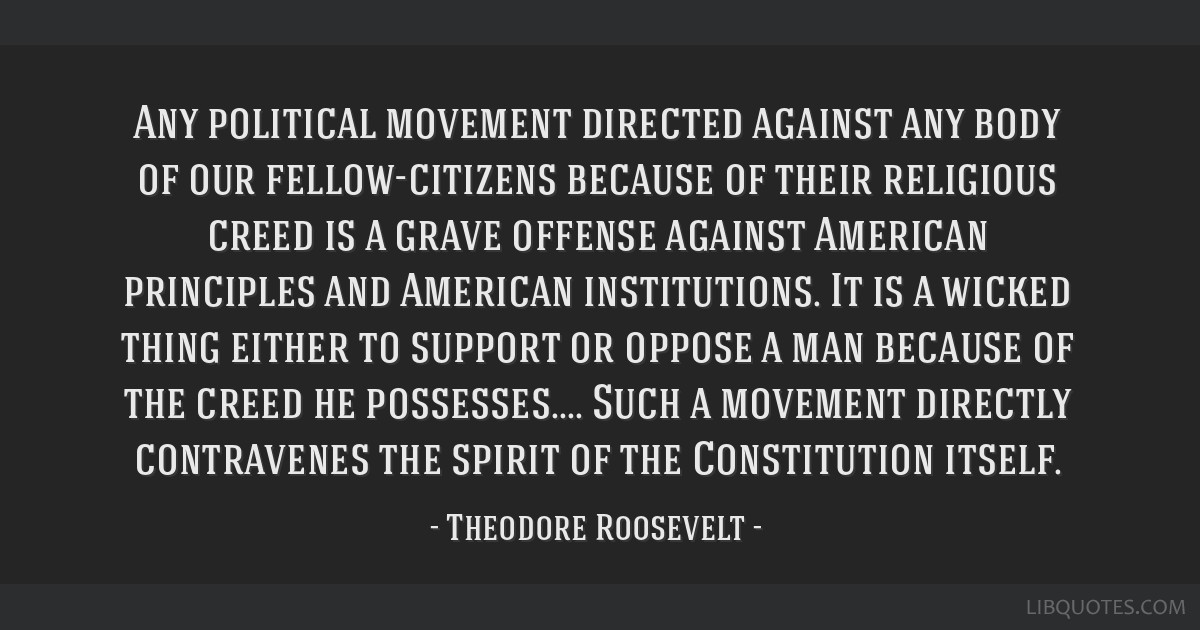 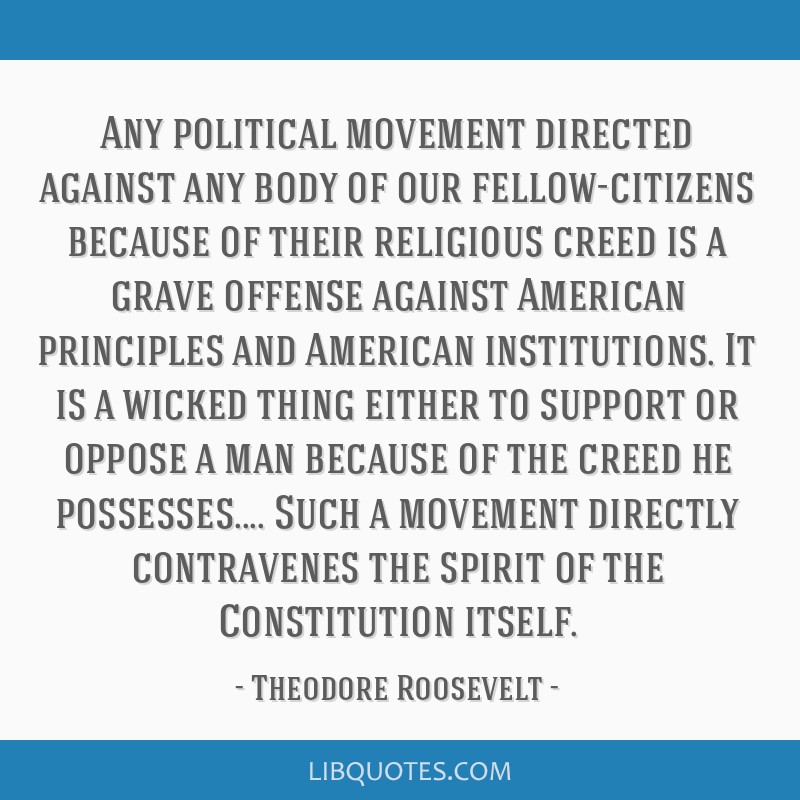 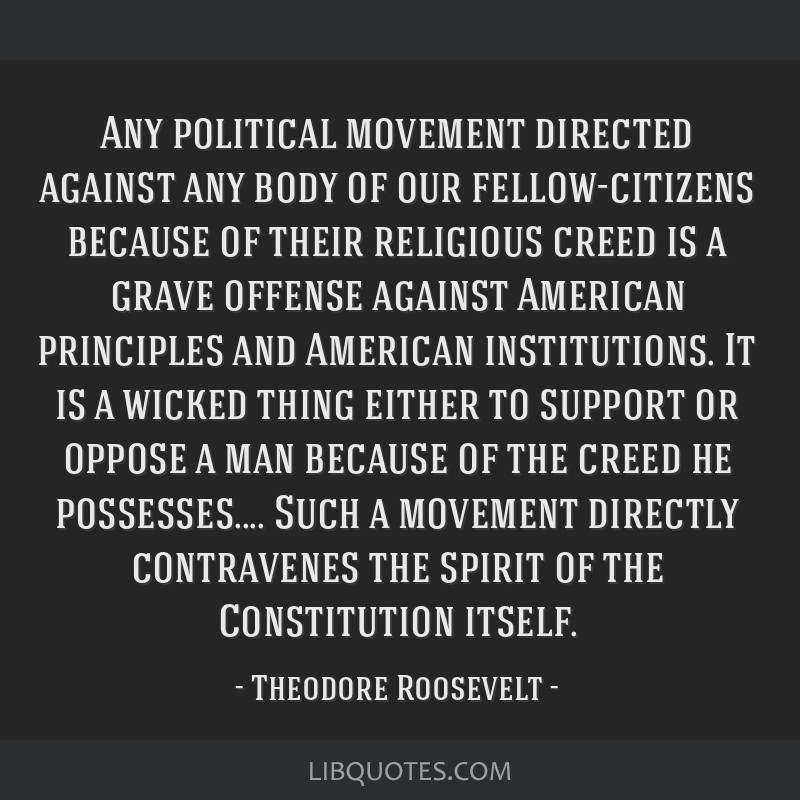