Each nation has its own pet sins to which it is merciful, and also sins which it treats as most abhorrent. In America, we are peculiarly sensitive about big money contributions for which the donors expect any reward. In England, where in some ways the standard is higher than here, such contributions are accepted as a matter of course, nay, as one of the methods by which wealthy men obtain peerages. It would be well-nigh an impossibility for a man to secure a seat in the United States Senate by mere campaign contributions, in the way that seats in the British House of Lords have often been secured without any scandal being caused thereby. 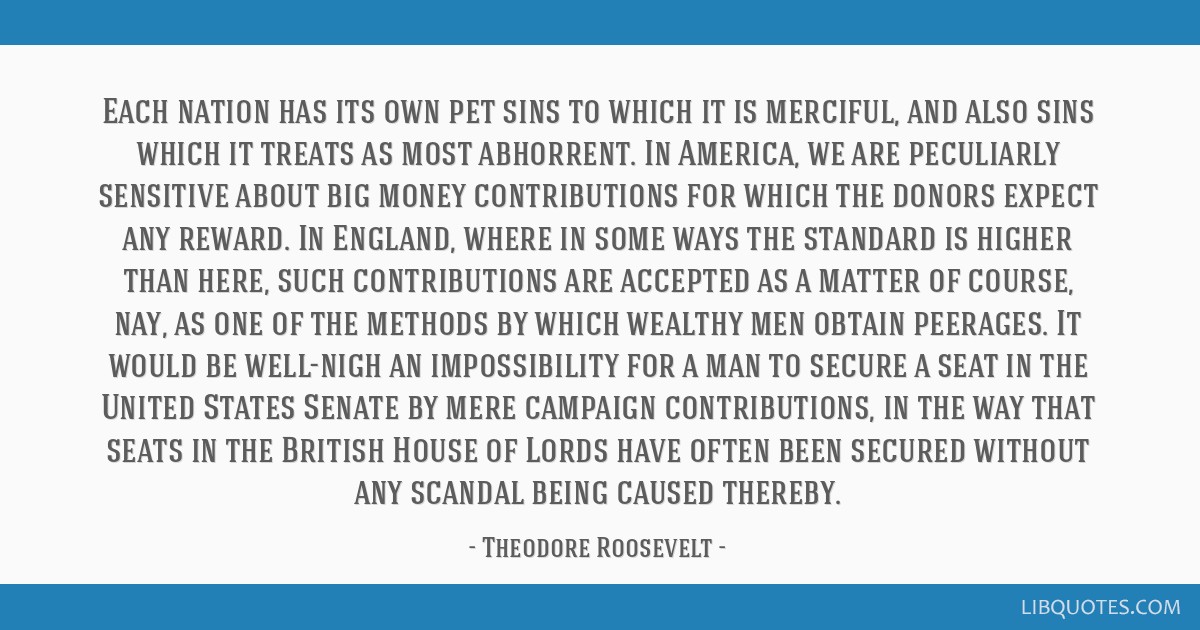 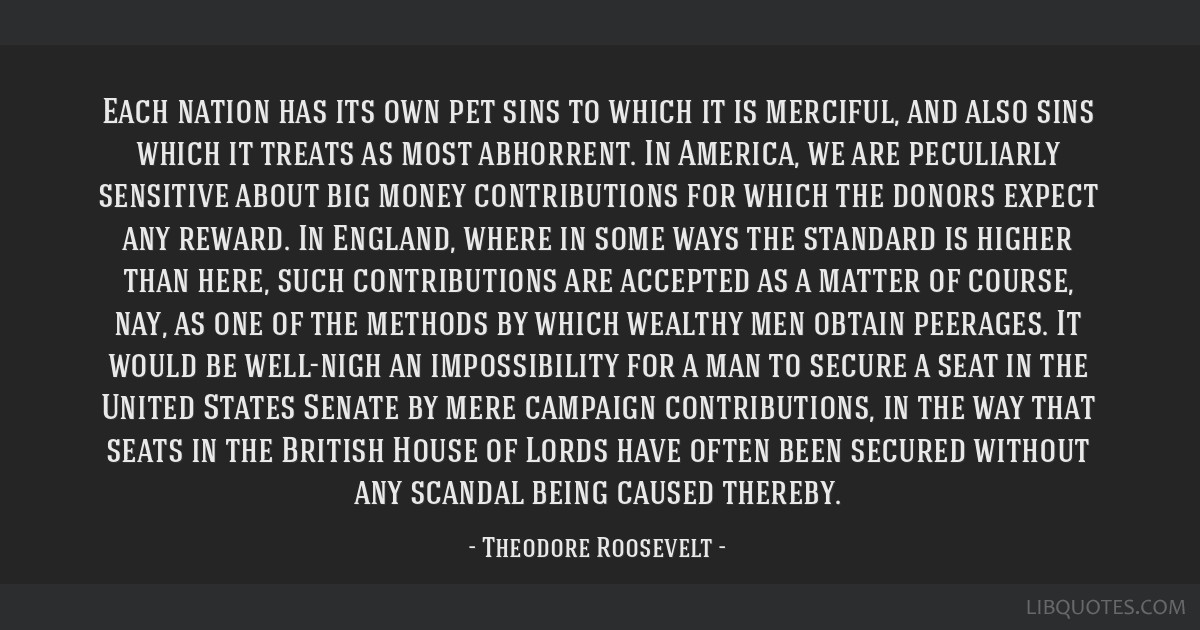 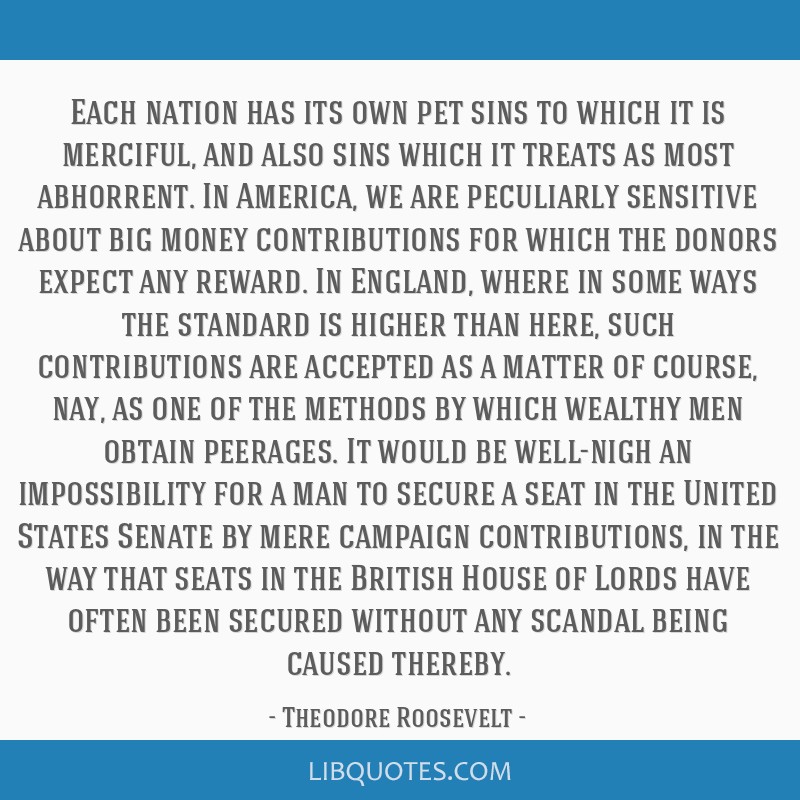 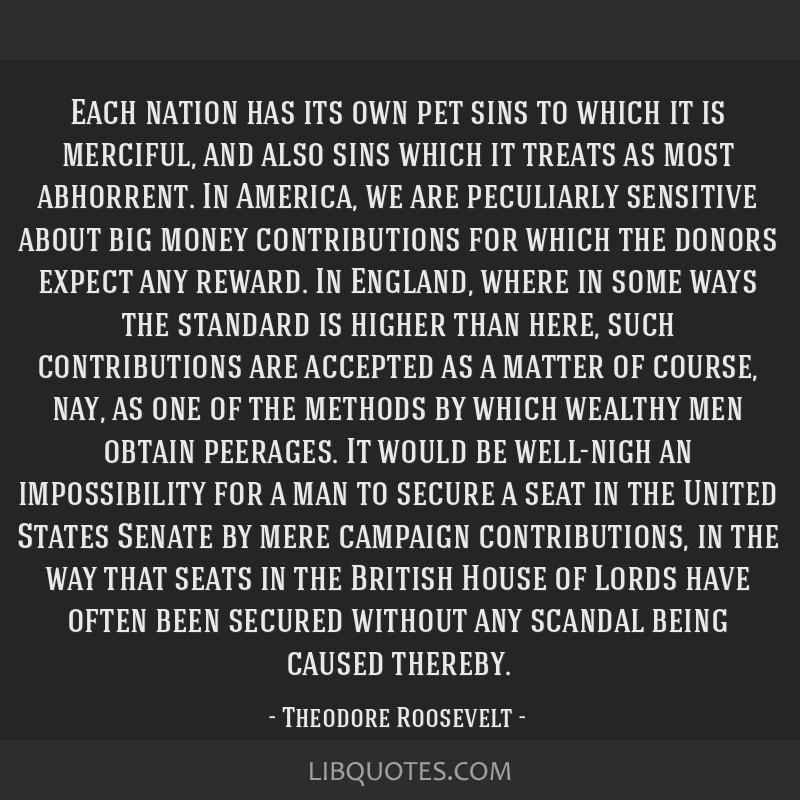