Unjust war is to be abhorred; but woe to the nation that does not make ready to hold its own in time of need against all who would harm it! And woe thrice over to the nation in which the average man loses the fighting edge, loses the power to serve as a soldier if the day of need should arise! 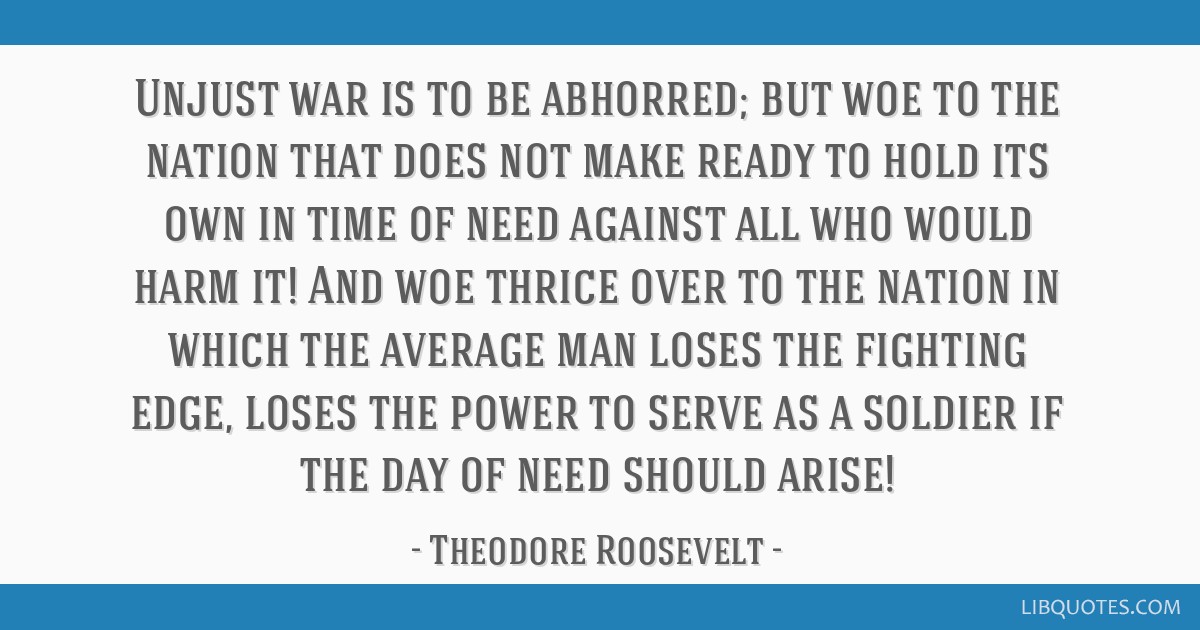 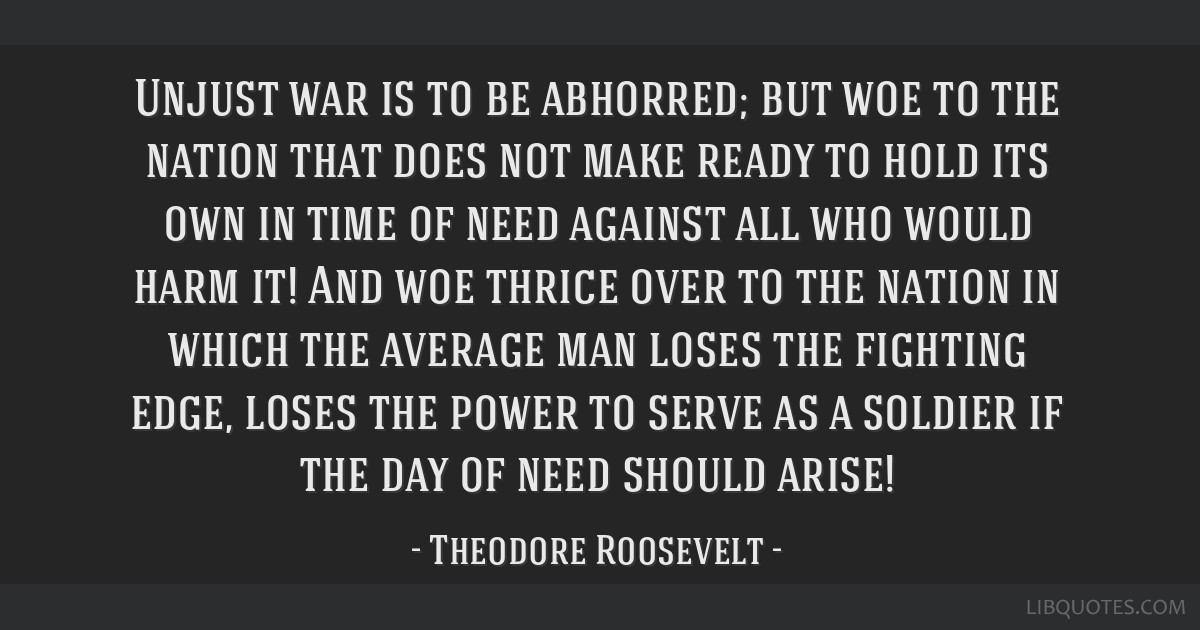 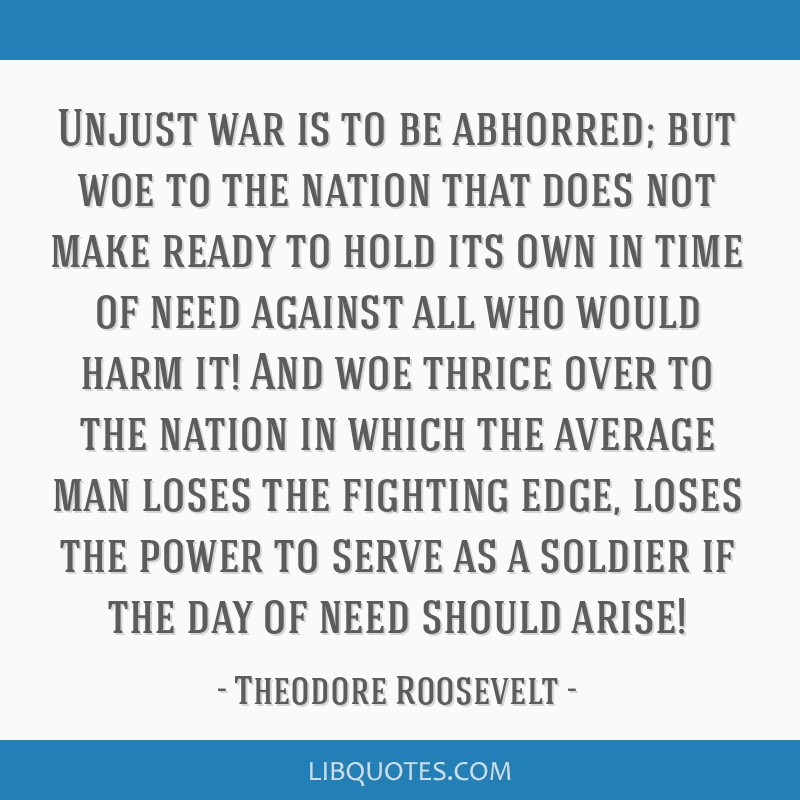 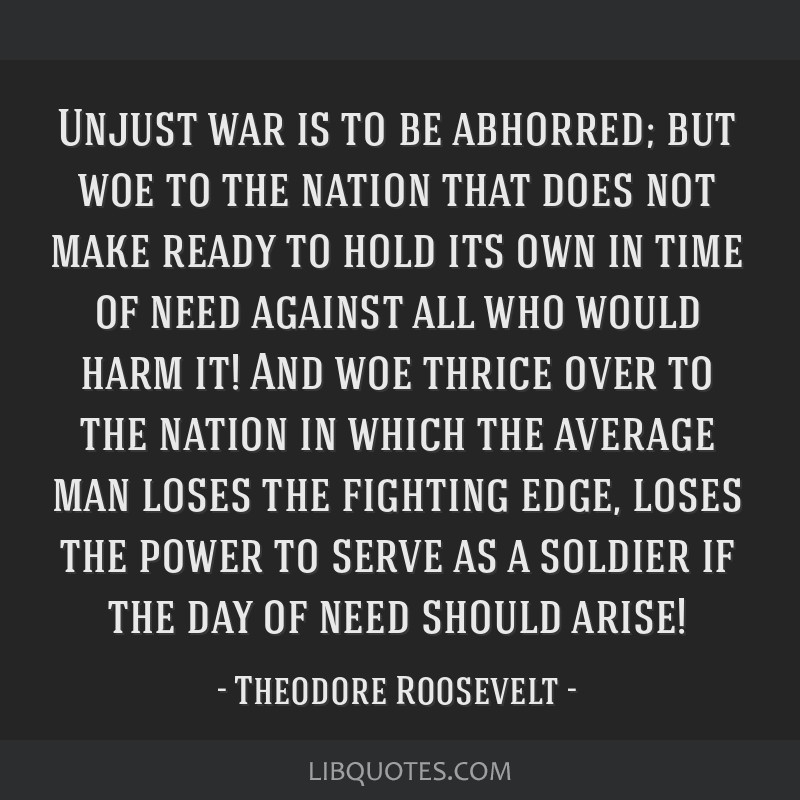