I quote from the Progressive platform: "Behind the ostensible Government sits enthroned an invisible Government, owing no allegiance and acknowledging no responsibility to the people. To destroy this invisible Government, to dissolve the unholy alliance between corrupt business and corrupt politics is the first task of the statesmanship of the day..... This country belongs to the people. Its resources, its business, its laws, its institutions, should be utilized, maintained, or altered in whatever manner will best promote the general interest." This assertion is explicit. We say directly that "the people" are absolutely to control in any way they see fit, the "business" of the country.

Ch. XV: The Peace of Righteousness, Appendix B: The Control of Corporations and "The New Freedom" - Theodore Roosevelt — An Autobiography (1913)

Roosevelt, Theodore. 1913. An Autobiography: XV. The Peace of Righteousness. Appendix B: The Control of Corporations and "The New Freedom."[bartleby.com] 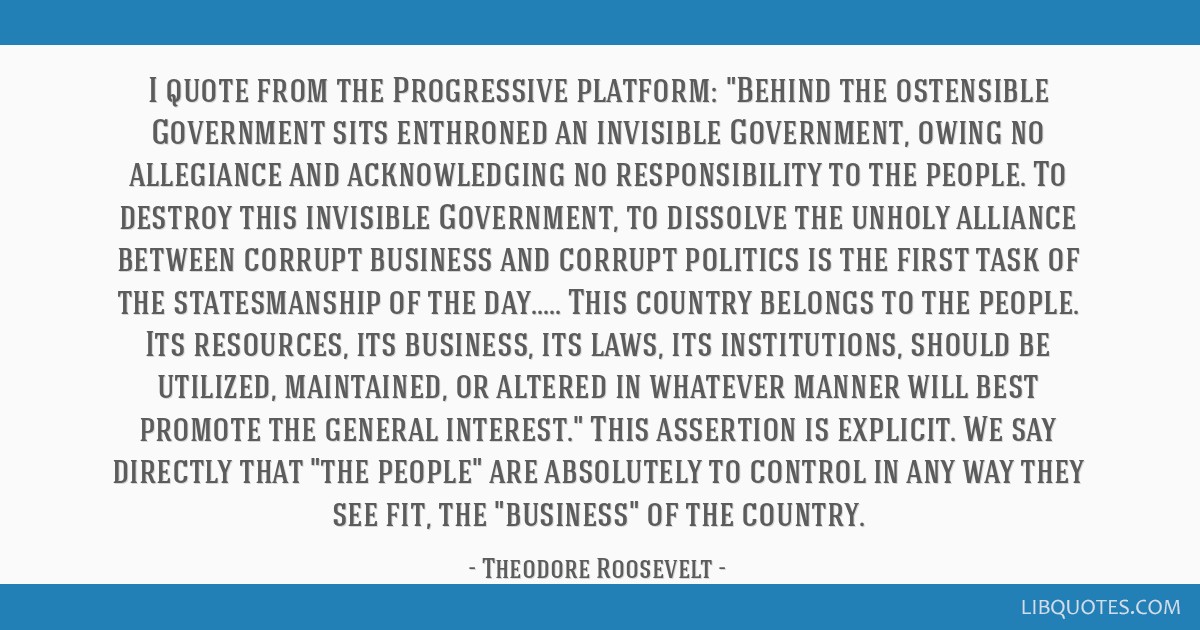 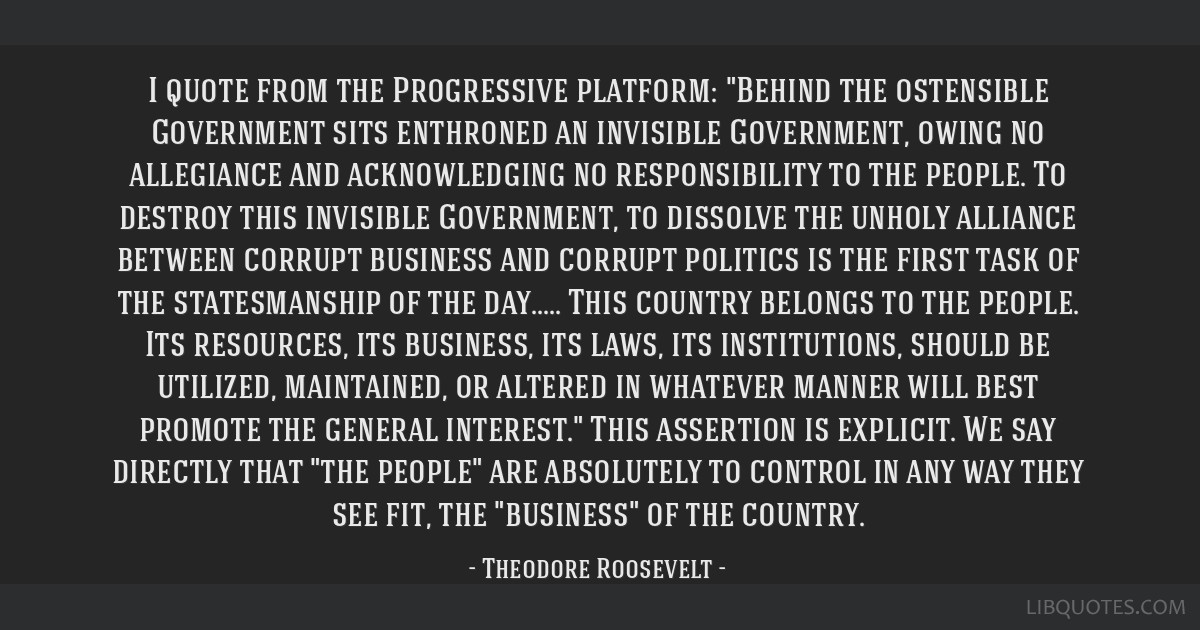 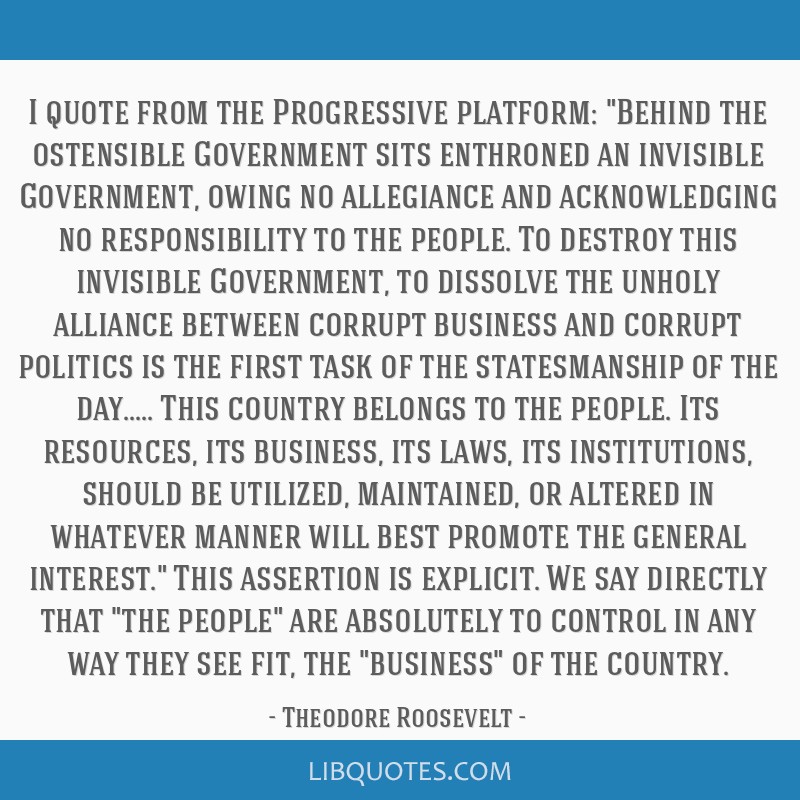 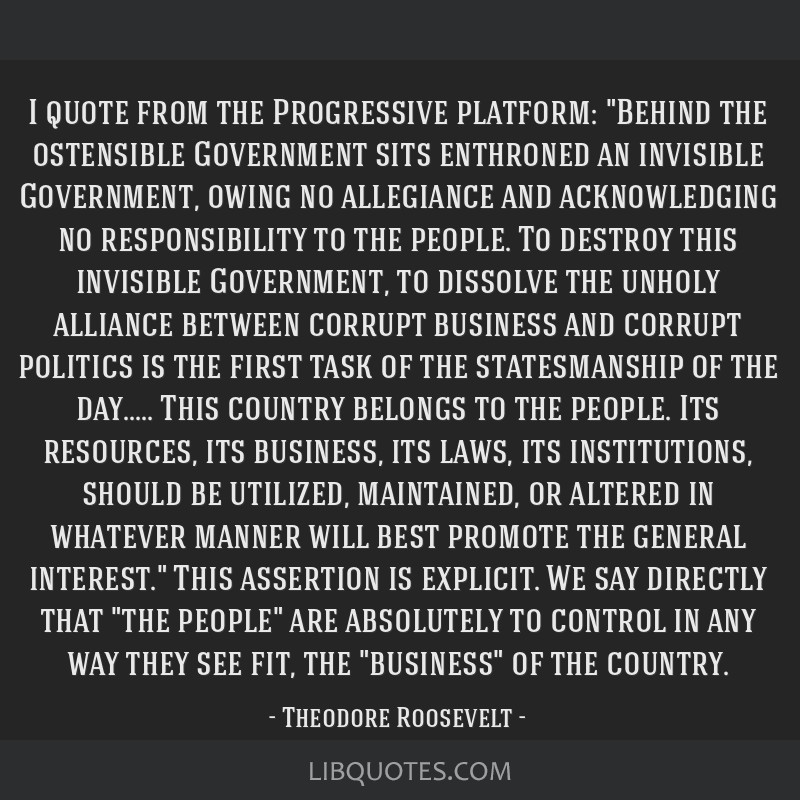