One of the fundamental necessities in a representative government such as ours is to make certain that the men to whom the people delegate their power shall serve the people by whom they are elected, and not the special interests. I believe that every national officer, elected or appointed, should be forbidden to perform any service or receive any compensation, directly or indirectly, from interstate corporations; and a similar provision could not fail to be useful within the States. 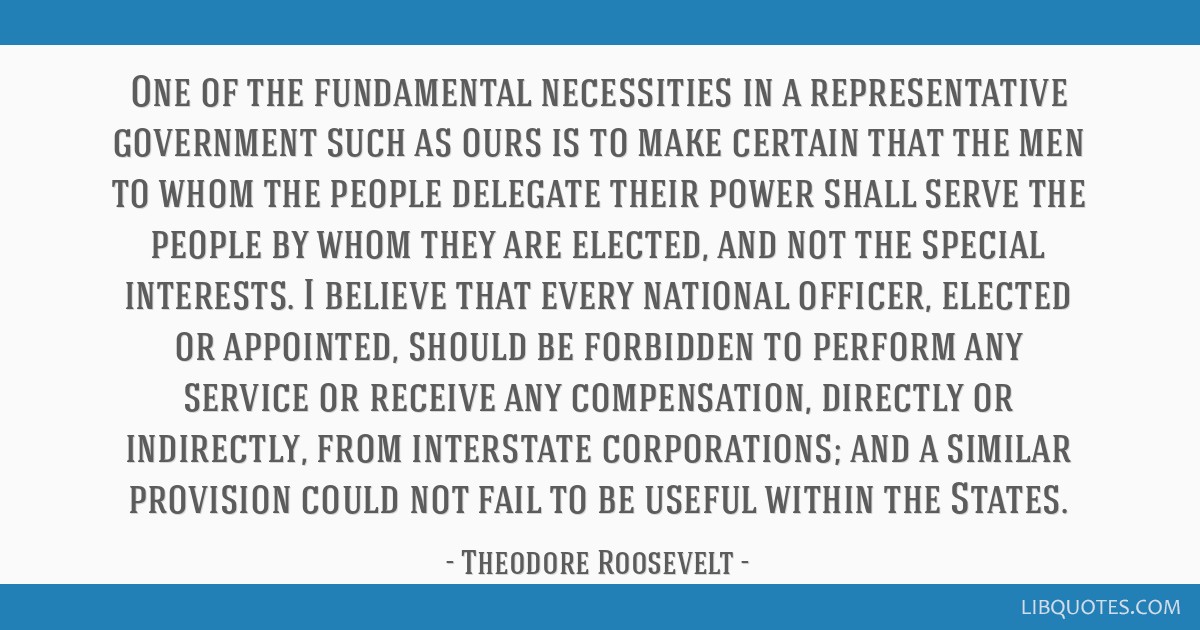 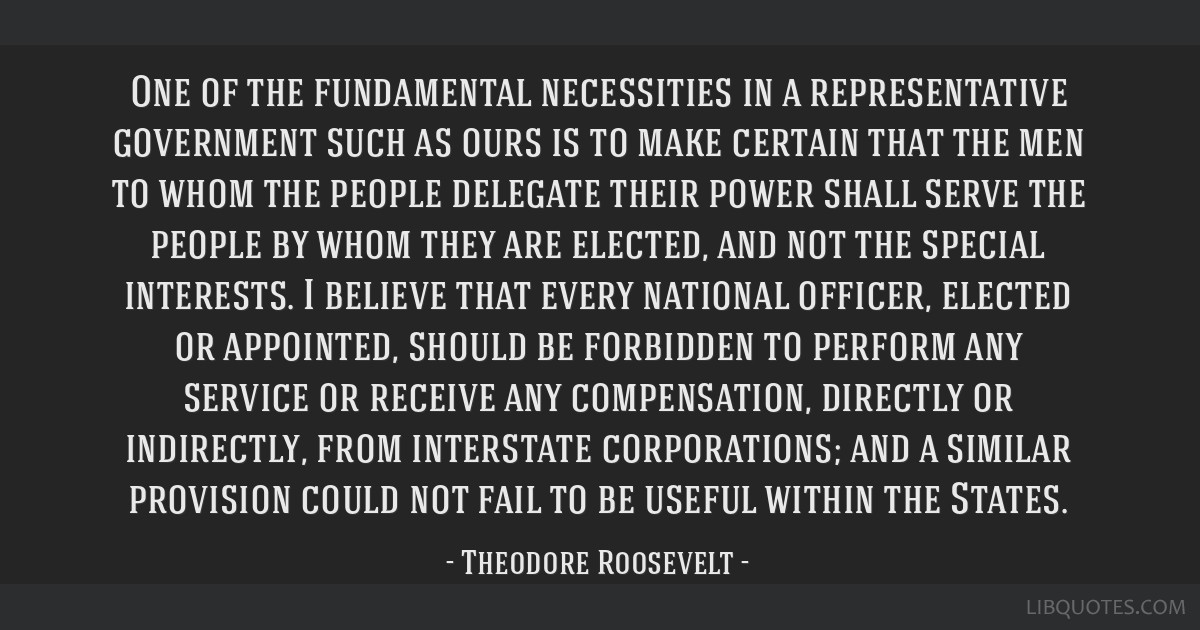 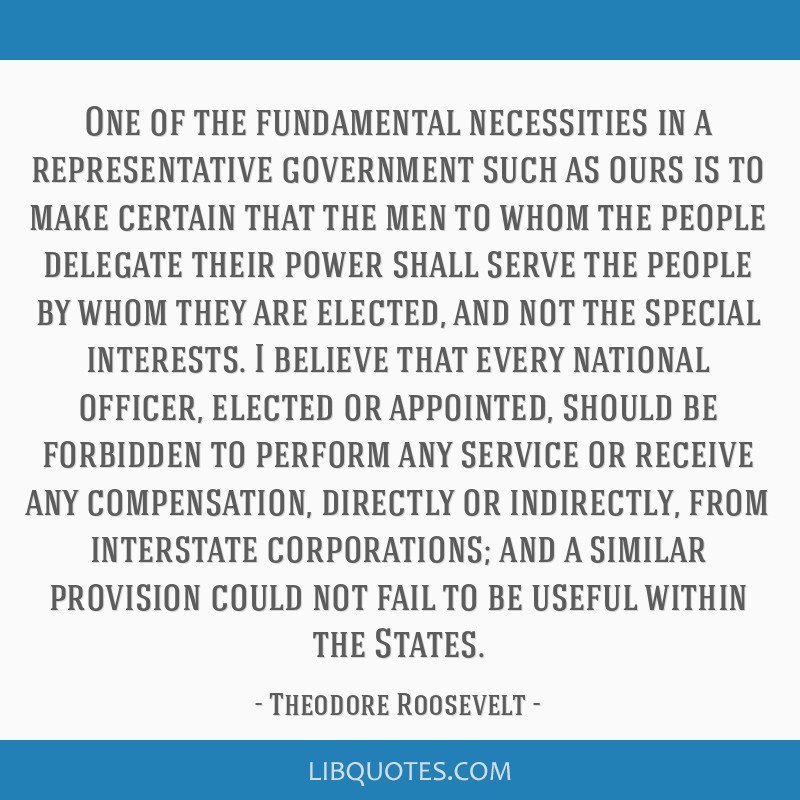 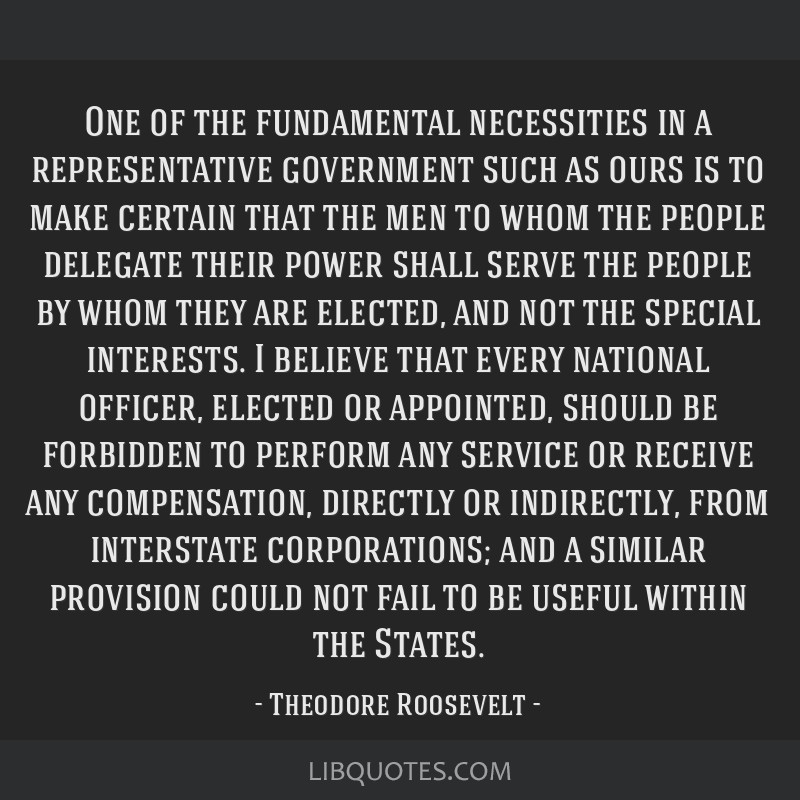