I have not been able to think out any solution of the terrible problem offered by the presence of the Negro on this continent, but of one thing I am sure, and that is that inasmuch as he is here and can neither be killed nor driven away, the only wise and honorable and Christian thing to do is to treat each black man and each white man strictly on his merits as a man, giving him no more and no less than he shows himself worthy to have.

As quoted in Manliness and Civilization: A Cultural History of Gender and Race in the United States, 1880-1917 (2008), by Gail Bederman, Illinois: University of Chicago Press. p. 198. 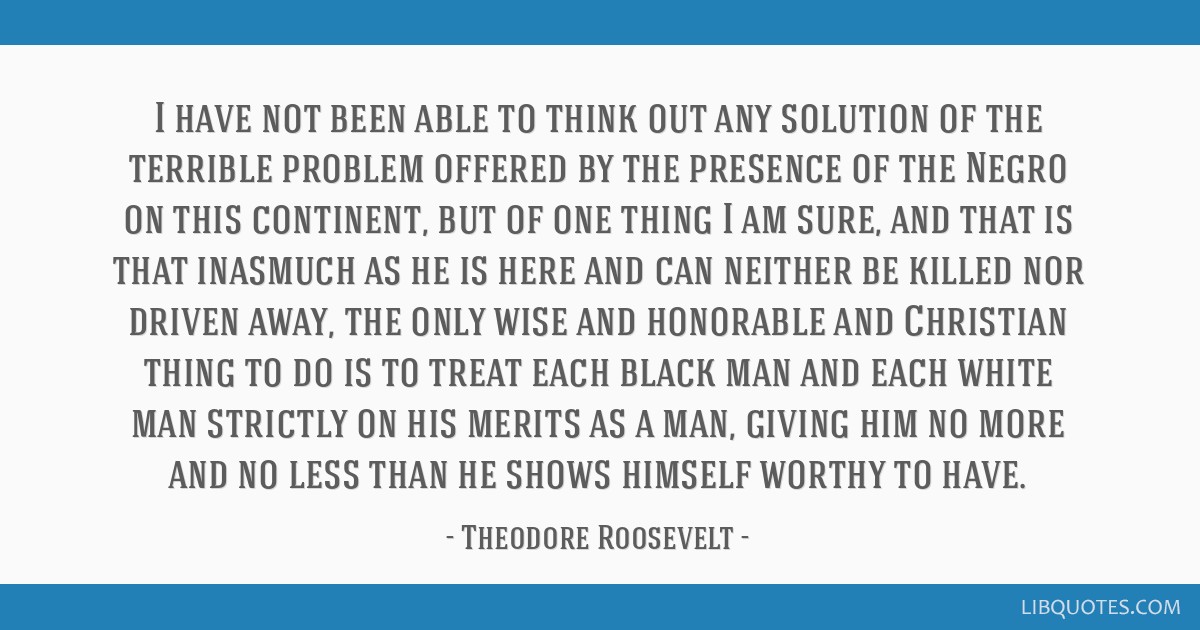 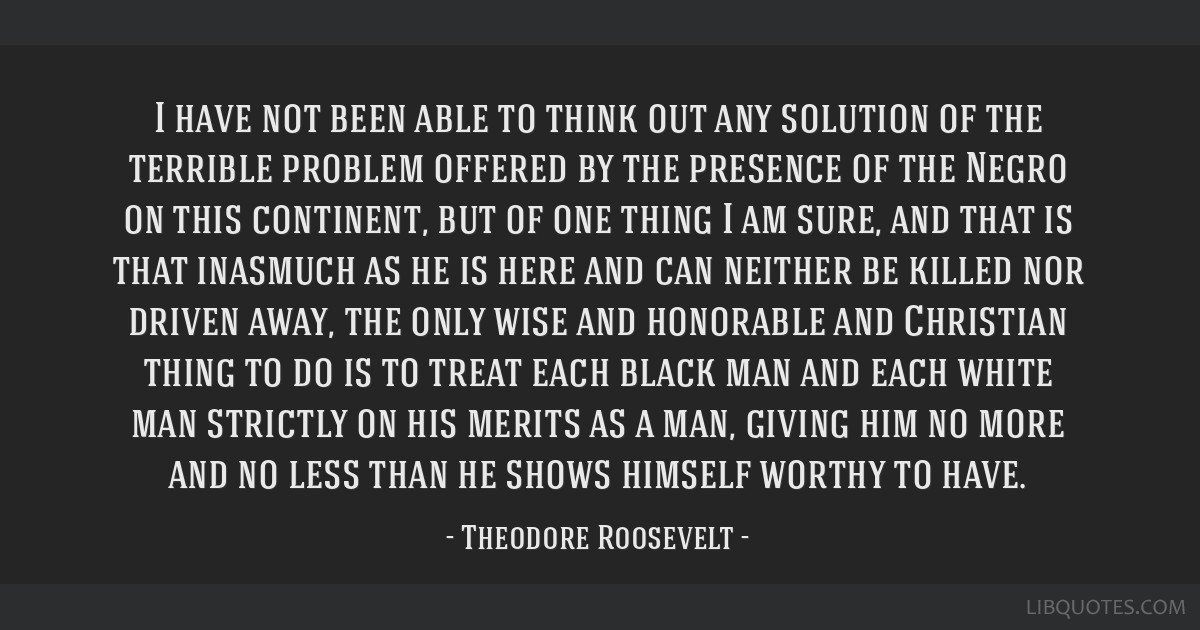 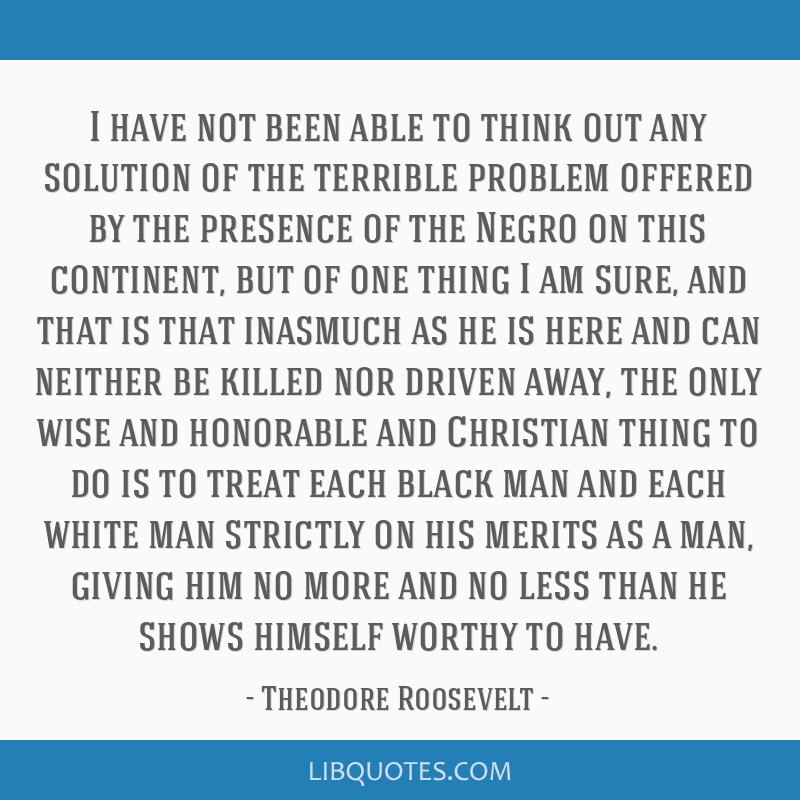 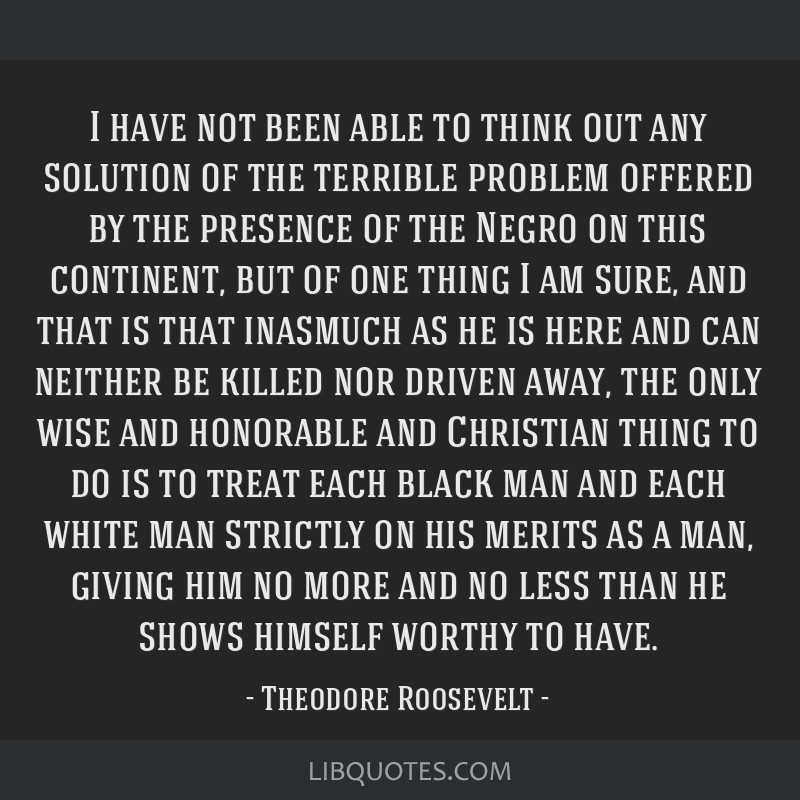