The nation, like the individual, cannot commit a crime with impunity. If we are guilty of lawlessness and brutal violence, whether our guilt consists in active participation therein or in mere connivance and encouragement, we shall assuredly suffer later on because of what we have done. The cornerstone of this republic, as of all free governments, is respect for and obedience to the law. Where we permit the law to be defied or evaded, whether by rich man or poor man, by black man or white, we are by just so much weakening the bonds of our civilization and increasing the chances of its overthrow, and of the substitution therefore of a system in which there shall be violent alternations of anarchy and tyranny. 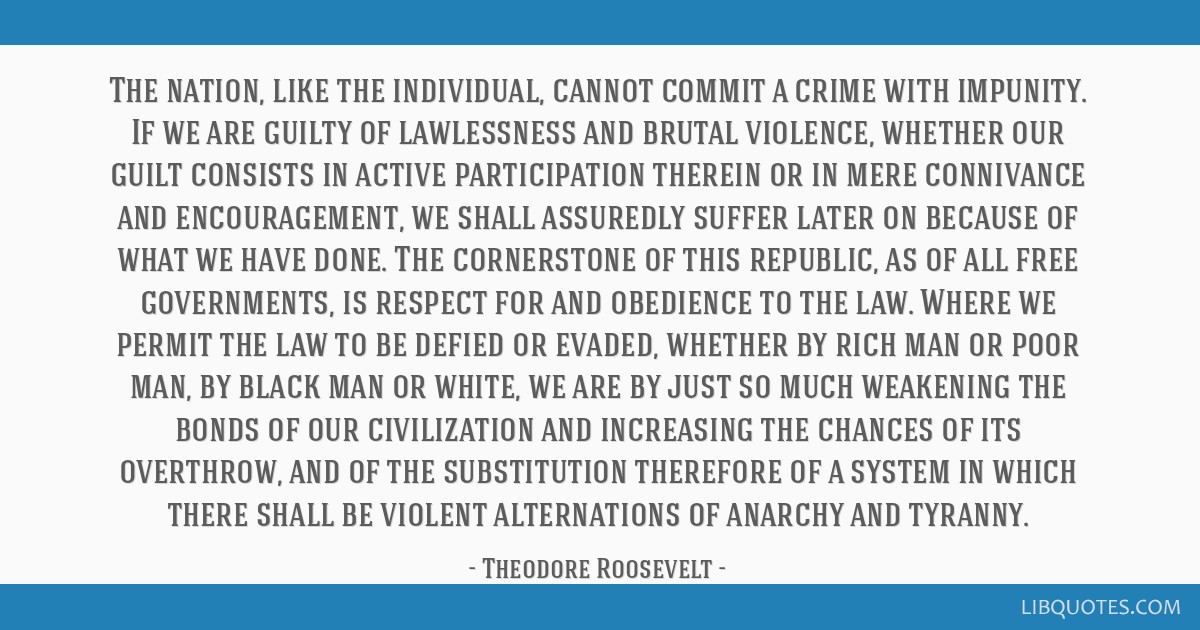 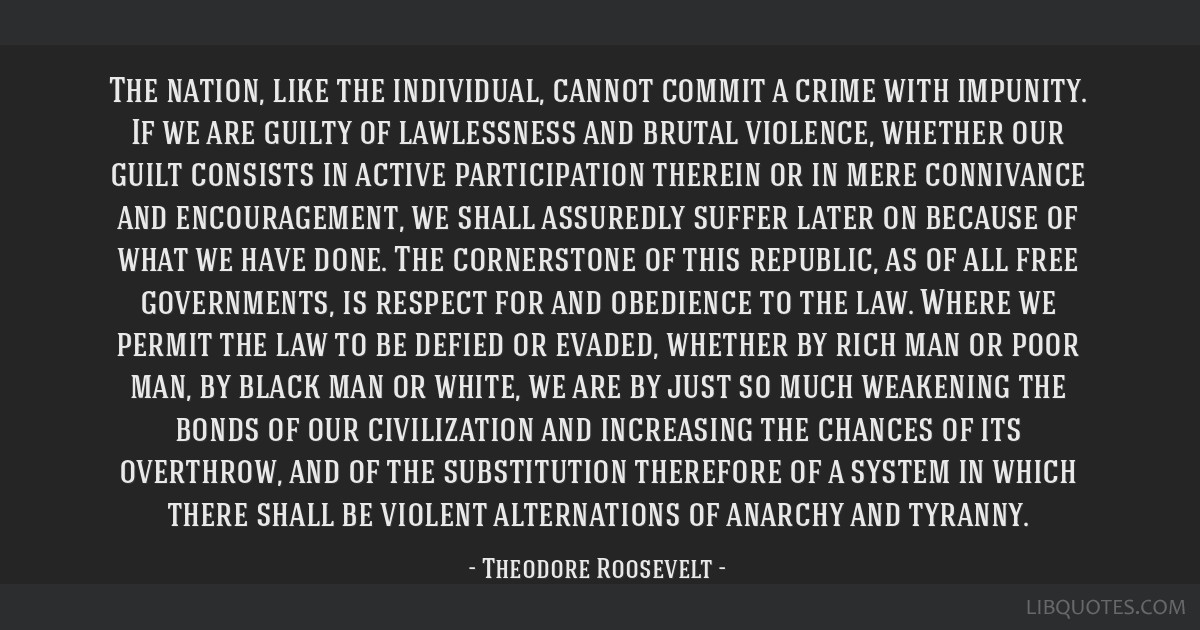 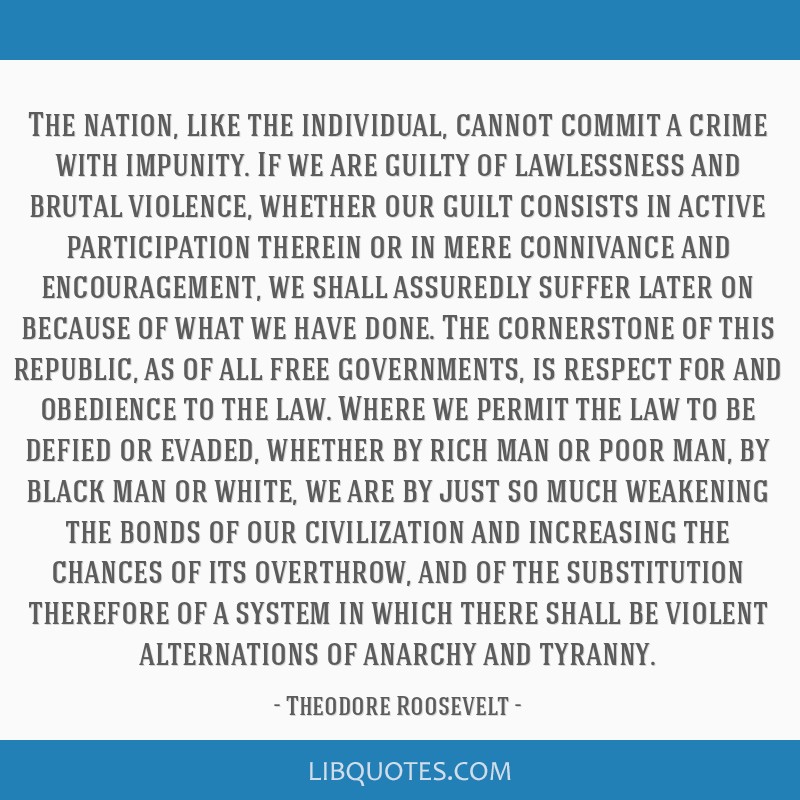 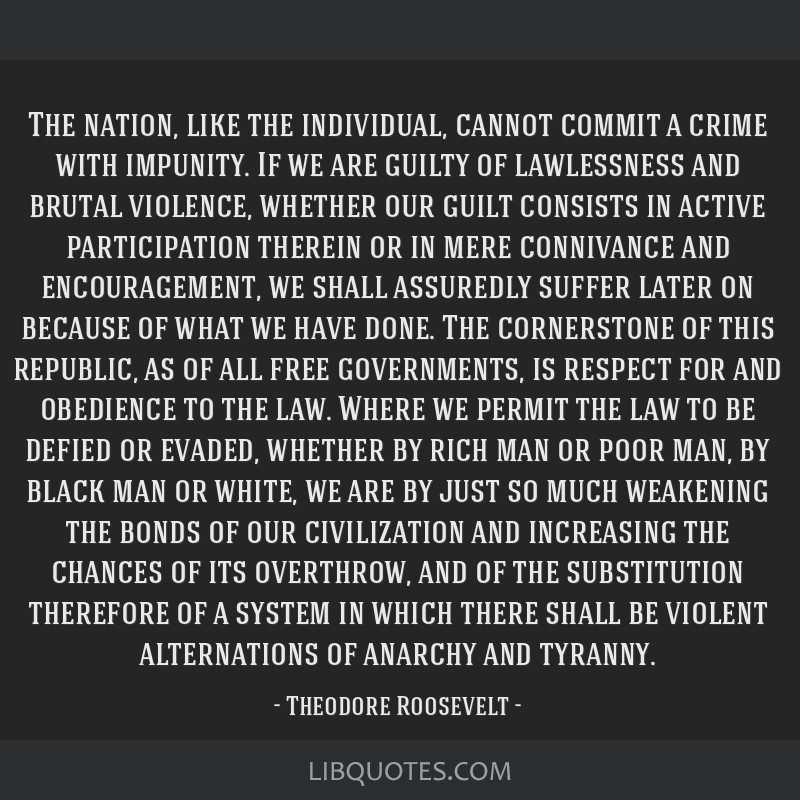