In a certain proportion of these cases the man lynched has been guilty of a crime horrible beyond description; a crime so horrible that as far as he himself is concerned he has forfeited the right to any kind of sympathy whatsoever. The feeling of all good citizens that such a hideous crime shall not be hideously punished by mob violence is due not in the least to sympathy for the criminal, but to a very lively sense of the train of dreadful consequences which follows the course taken by the mob in exacting inhuman vengeance for an inhuman wrong. 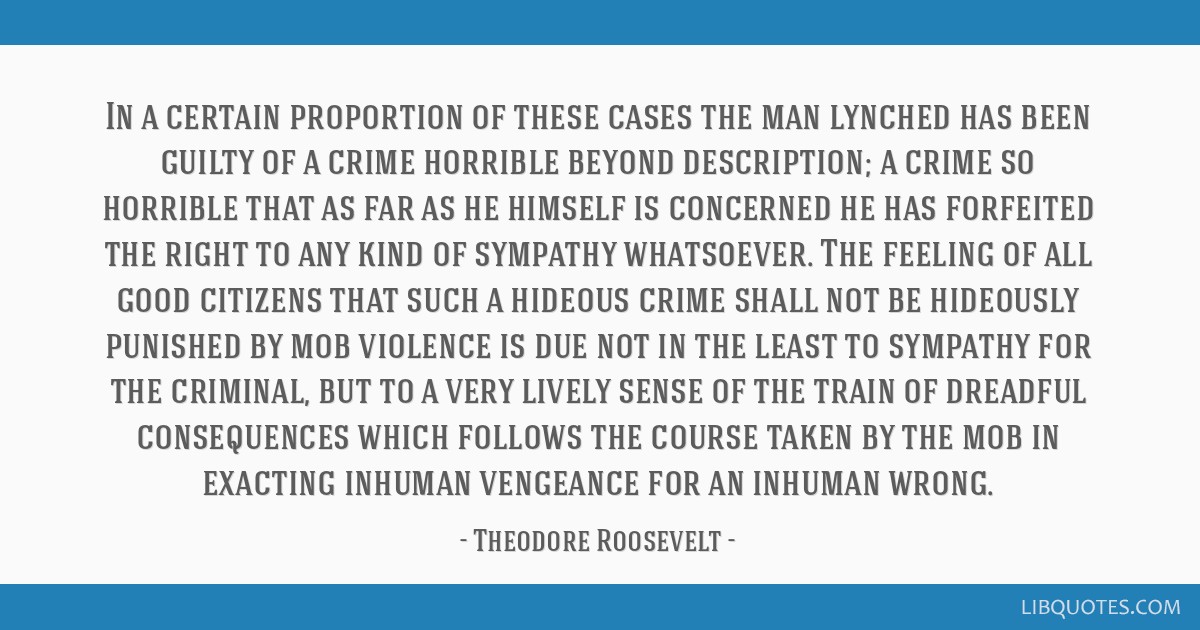 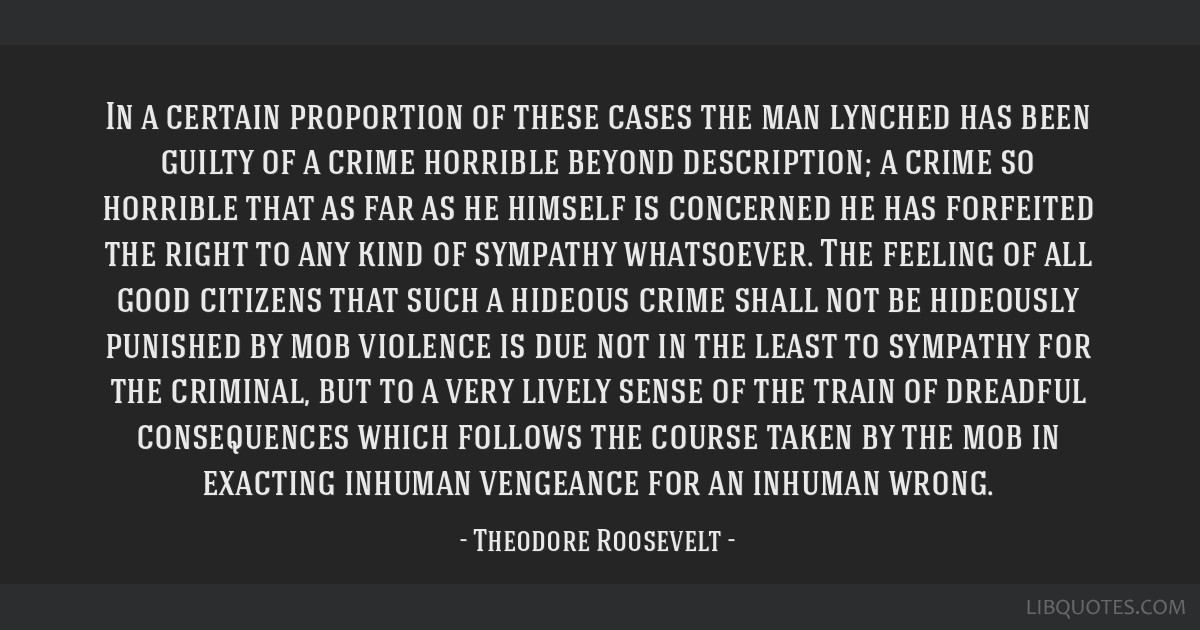 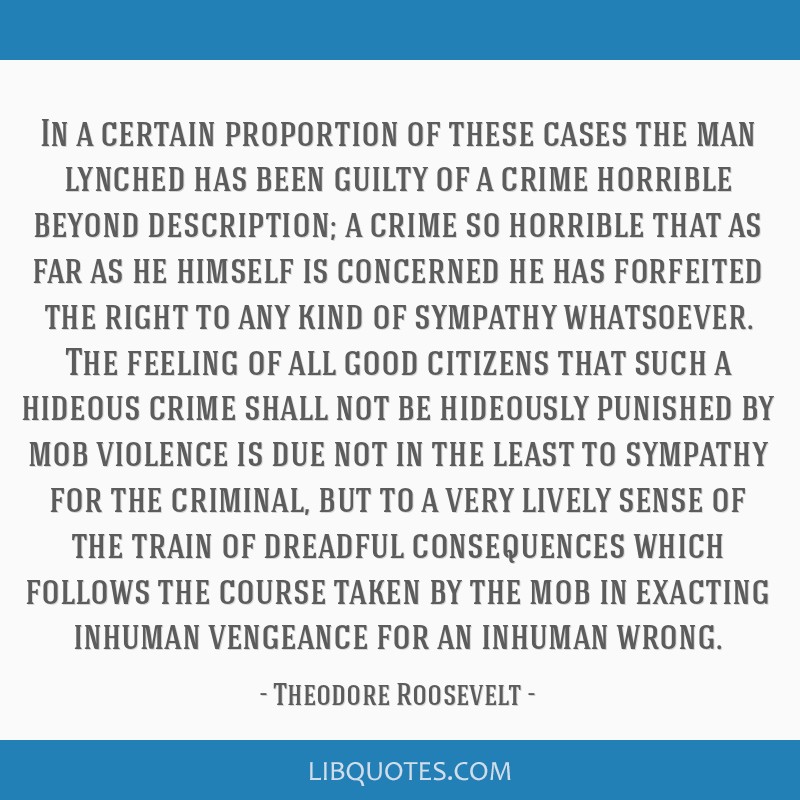 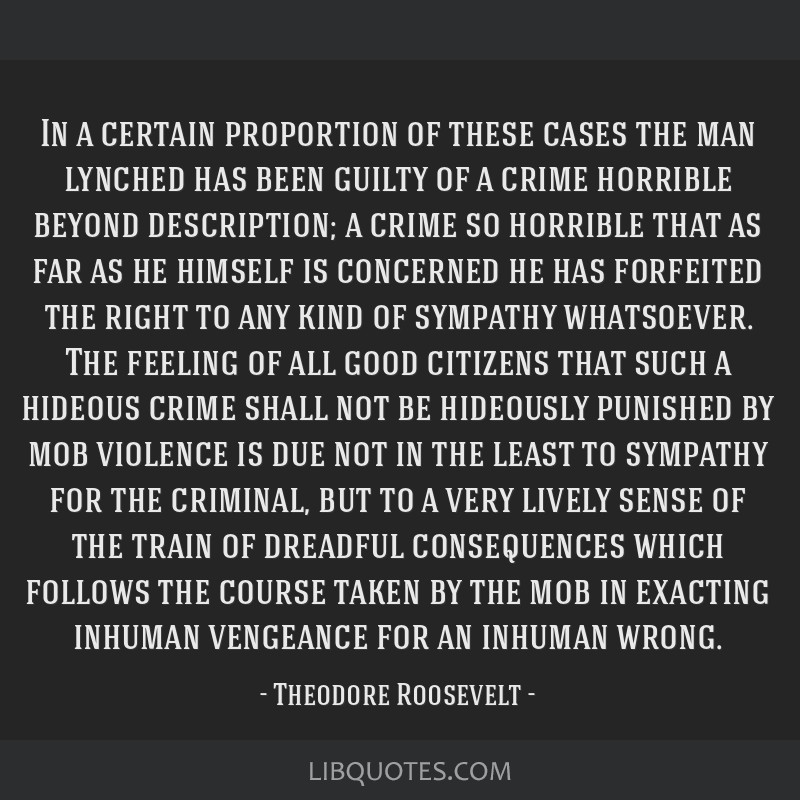