The great corporations which we have grown to speak of rather loosely as trusts are the creatures of the State, and the State not only has the right to control them wherever need of such control is shown… [Applause] The immediate necessity in dealing with trusts is to place them under the real, not the nominal, control of some sovereign to which, as its creatures, the trusts owe allegiance, and in whose courts the sovereign's orders may be enforced. In my opinion, this sovereign must be the National Government. 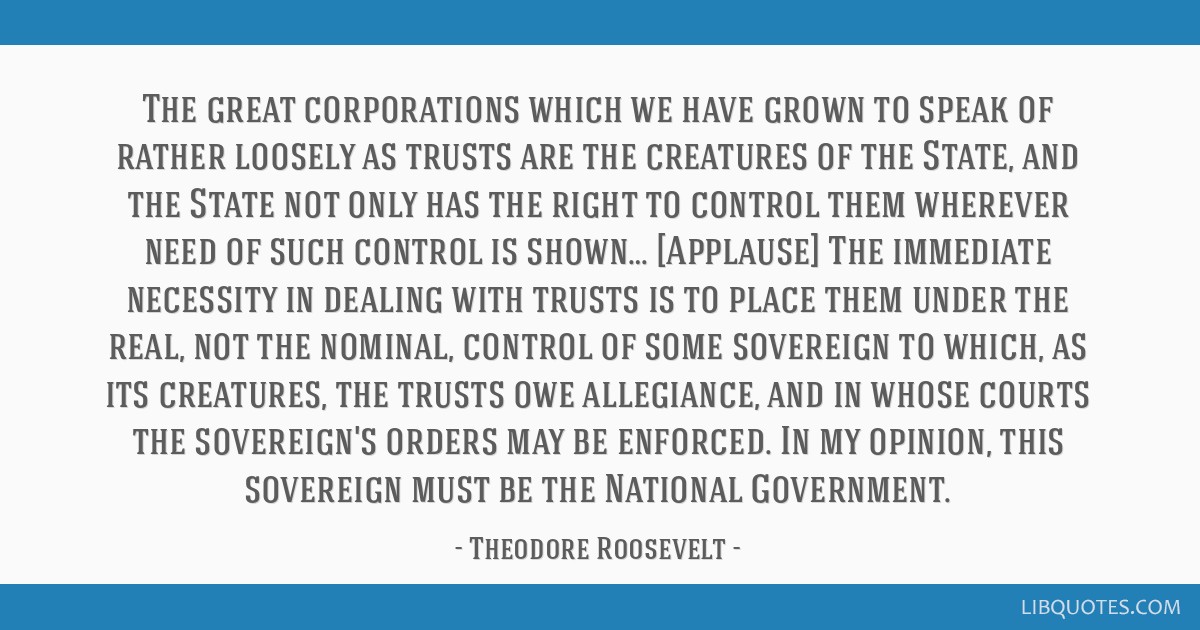 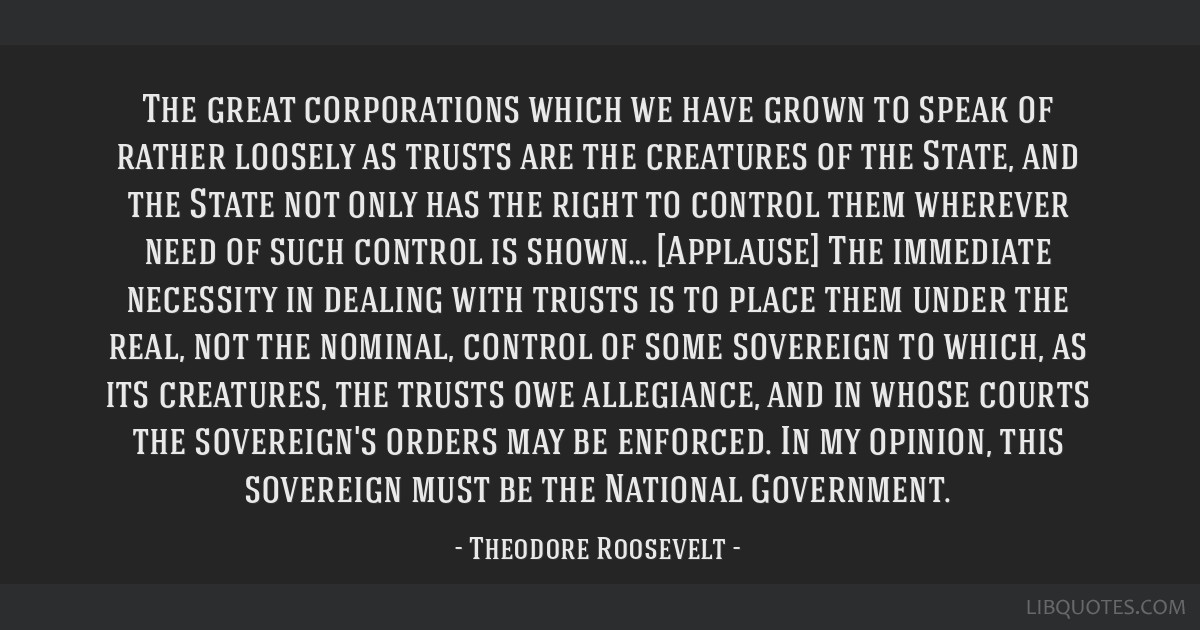 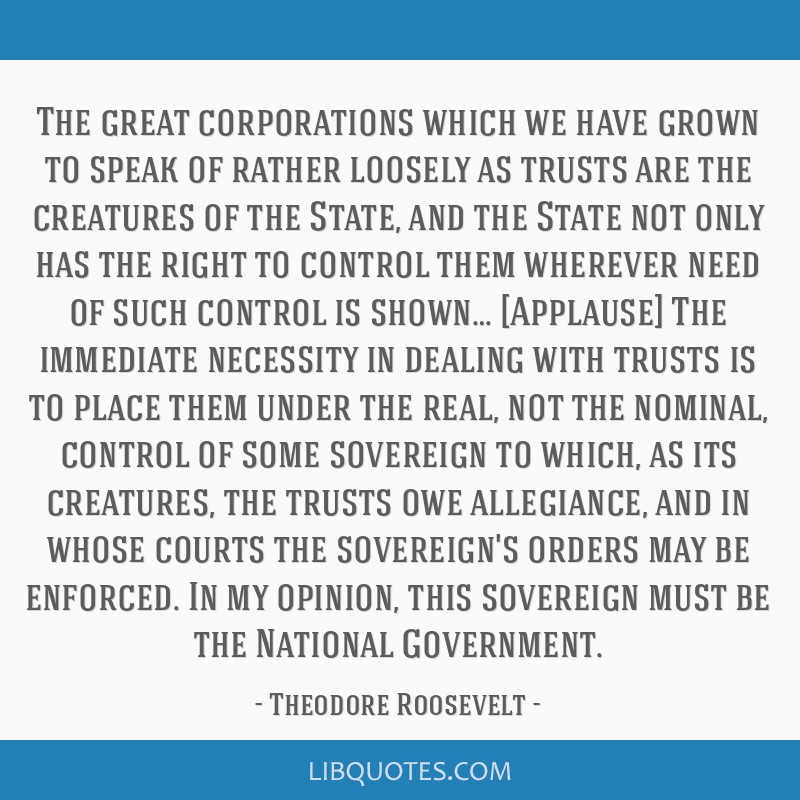 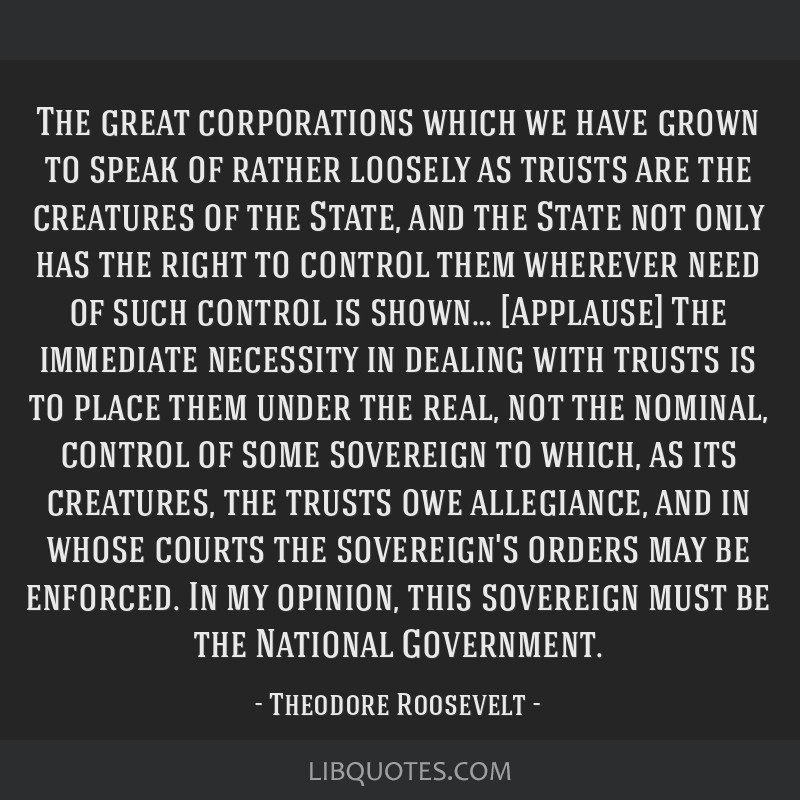