The tremendous and highly complex industrial development which went on with ever accelerated rapidity during the latter half of the nineteenth century brings us face to face, at the beginning of the twentieth, with very serious social problems. The old laws, and the old customs which had almost the binding force of law, were once quite sufficient to regulate the accumulation and distribution of wealth. Since the industrial changes which have so enormously increased the productive power of mankind, they are no longer sufficient. 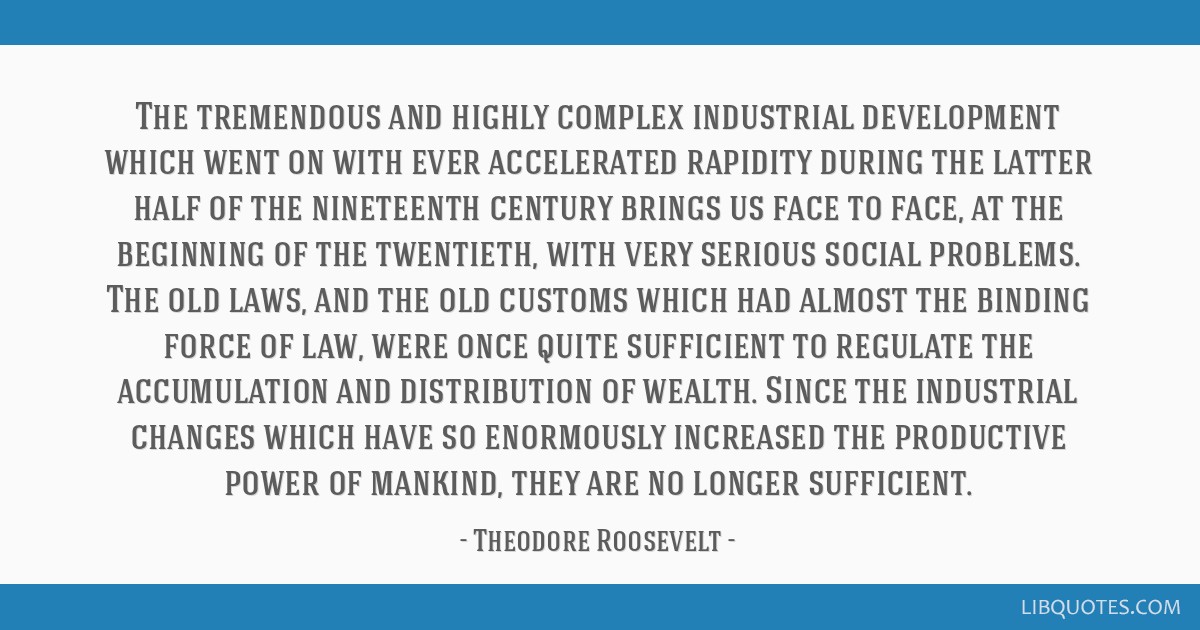 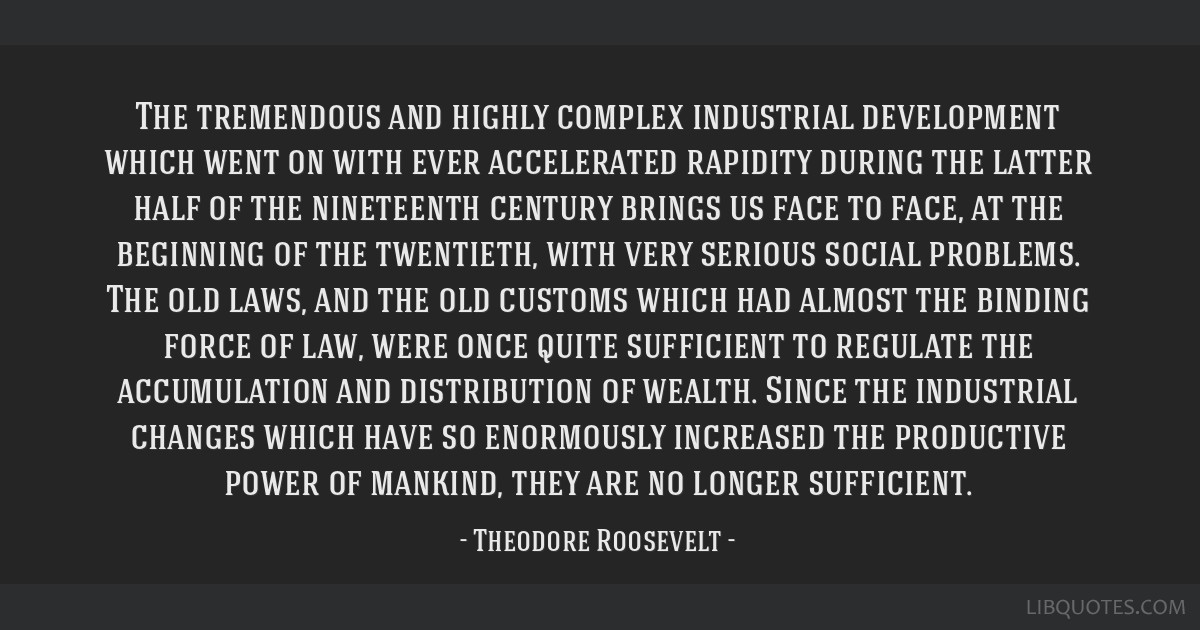 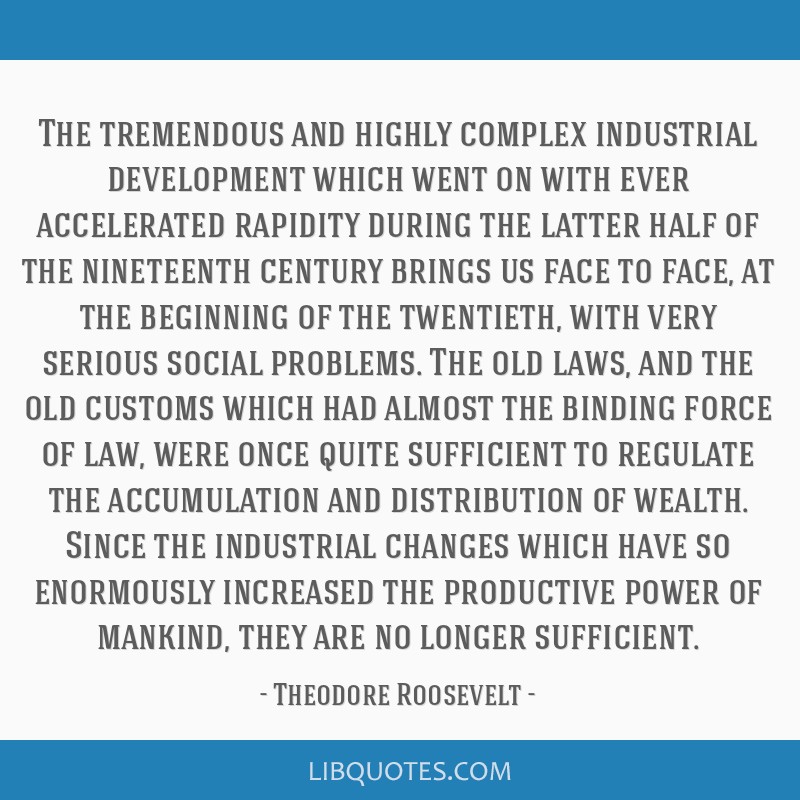 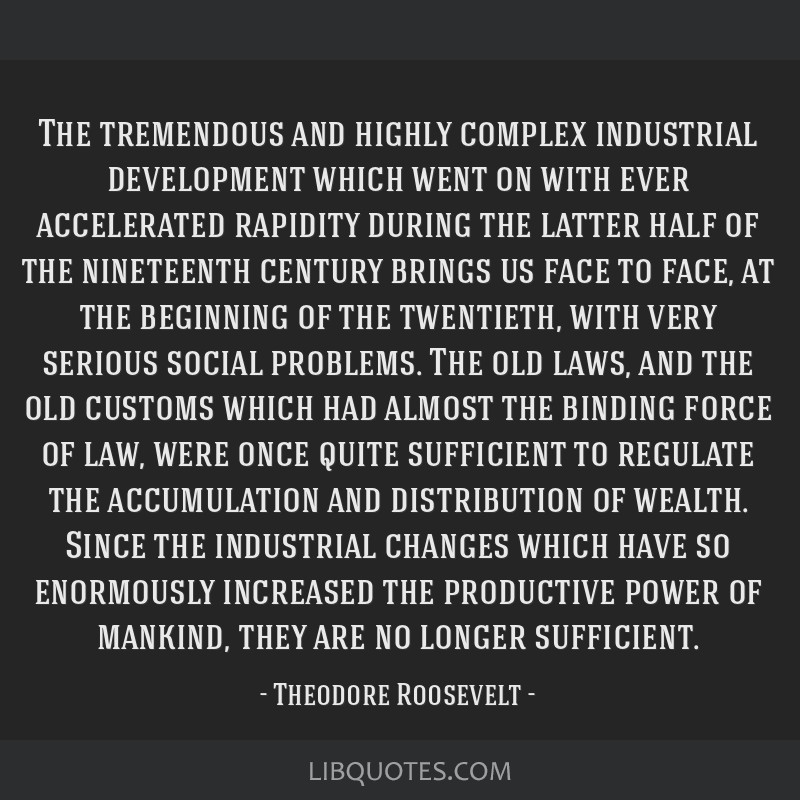