Practical equality of opportunity for all citizens, when we achieve it, will have two great results. First, every man will have a fair chance to make of himself all that in him lies; to reach the highest point to which his capacities, unassisted by special privilege of his own and unhampered by the special privilege of others, can carry him, and to get for himself and his family substantially what he has earned. Second, equality of opportunity means that the commonwealth will get from every citizen the highest service of which he is capable. No man who carries the burden of the special privileges of another can give to the commonwealth that service to which it is fairly entitled. 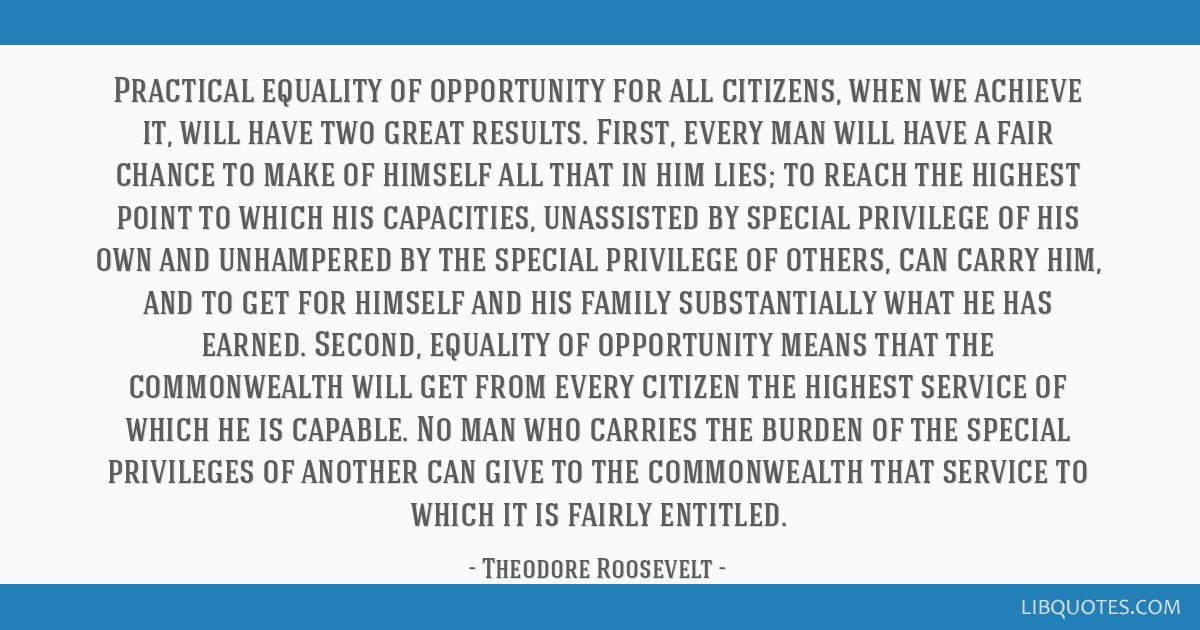 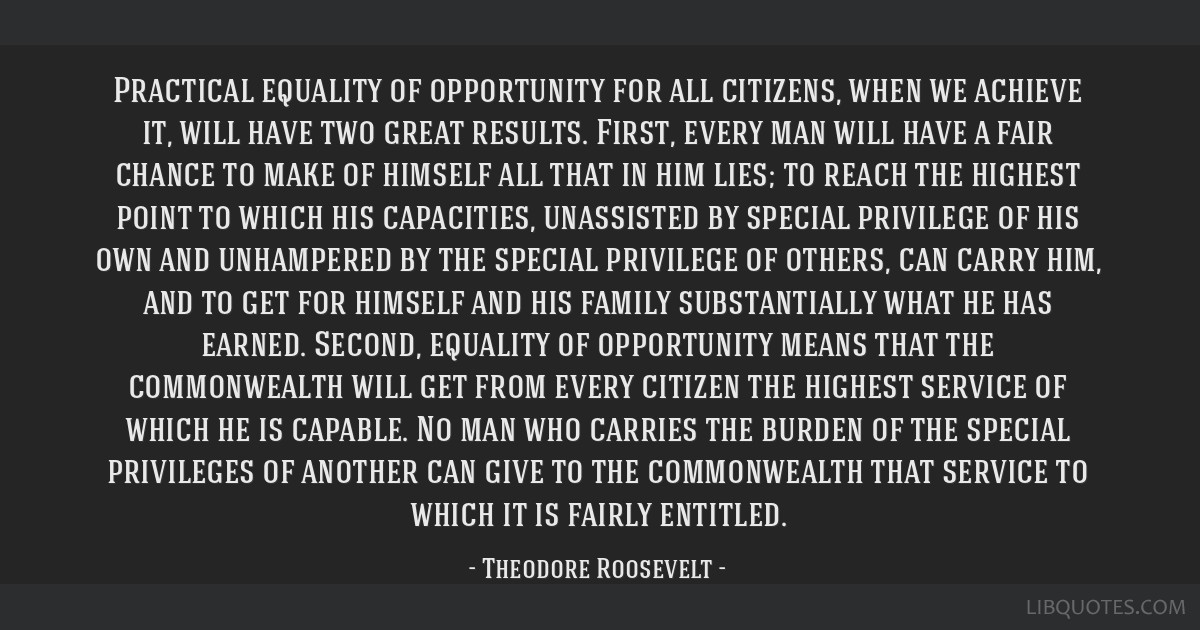 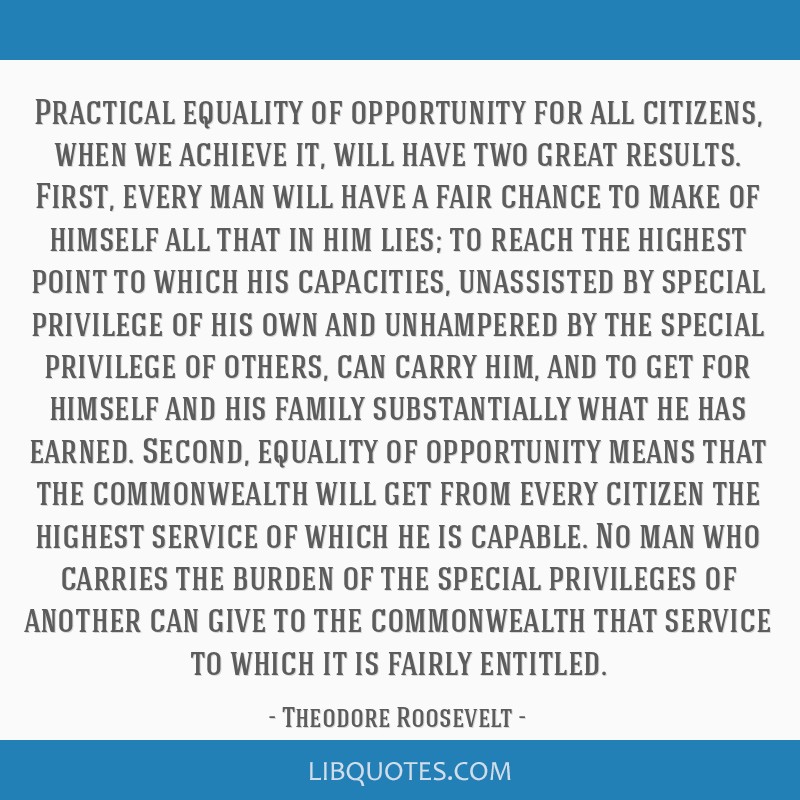 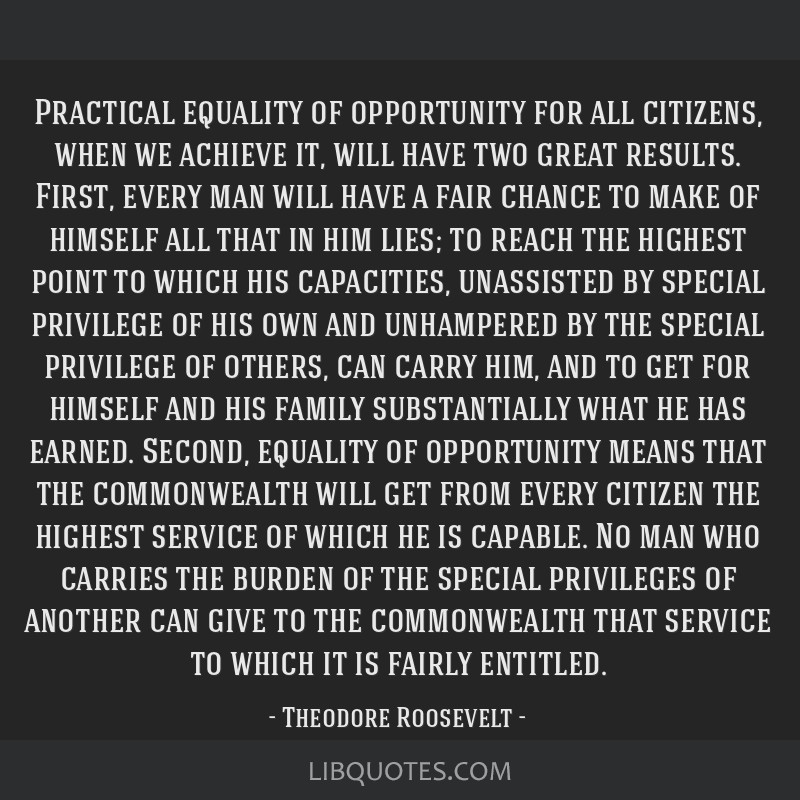