Bourgeois sport [wants] to differentiate itself strictly from play. Its bestial seriousness consists in the fact that instead of reamaining faithful to the dream of freedom by getting away from purposiveness, the treatment of play as a duty puts it among useful purposes and thereby wipes out the trace of freedom in it. This is particularly valid for contemporary mass music. It is only play as a repetition of prescribed models, and the playful release from responsibility which is thereby achieved does not reduce at all the time devoted to duty except by transferring the responsibility to the models, the following of which one makes into a duty for himself. 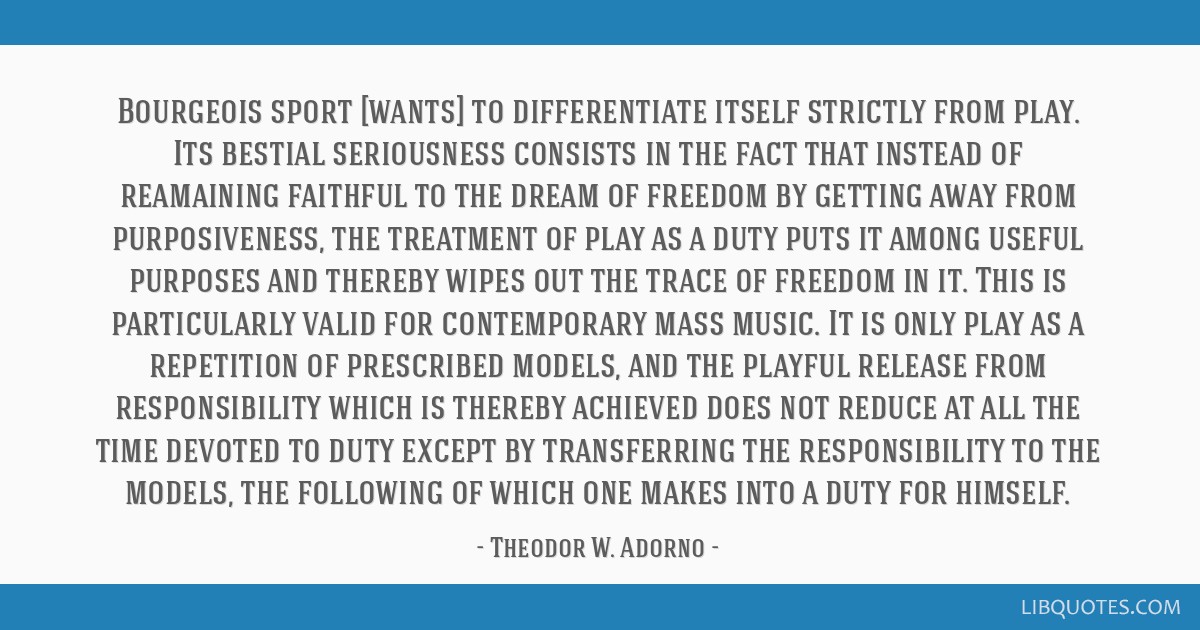 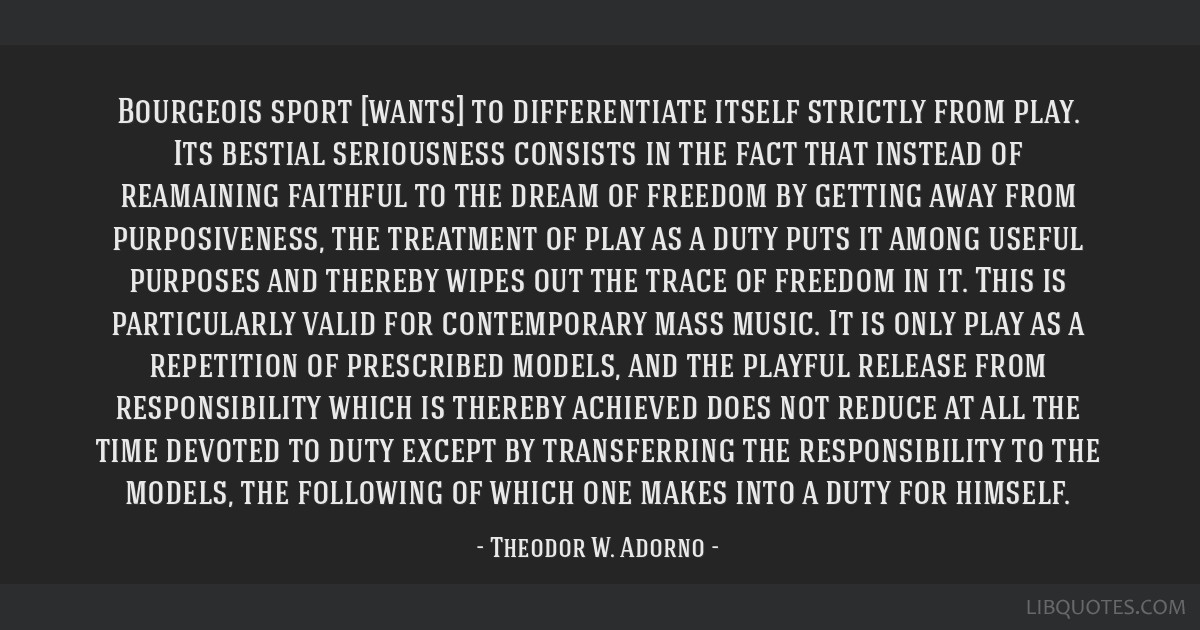 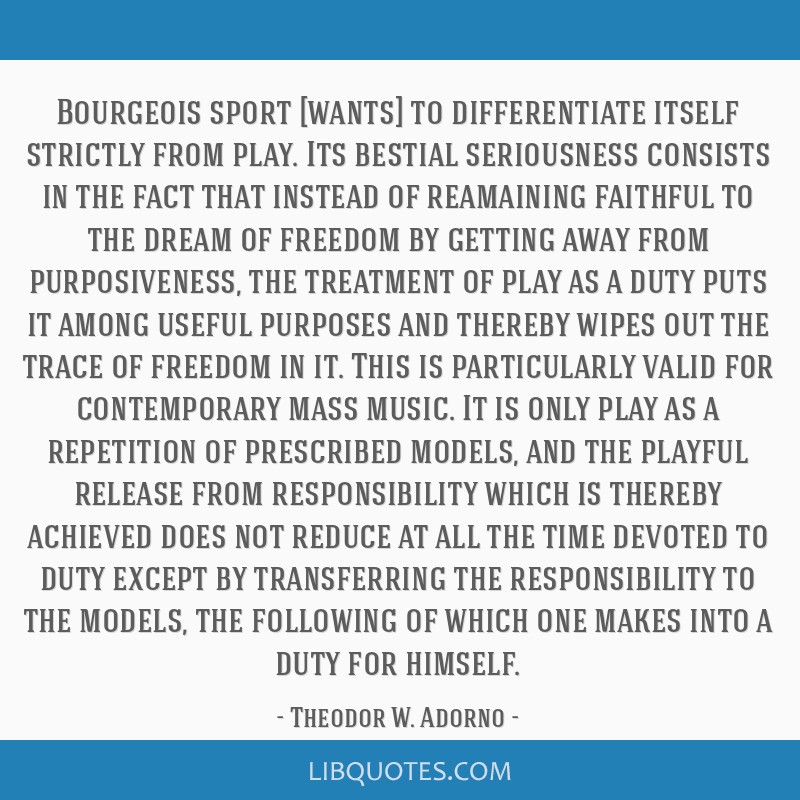 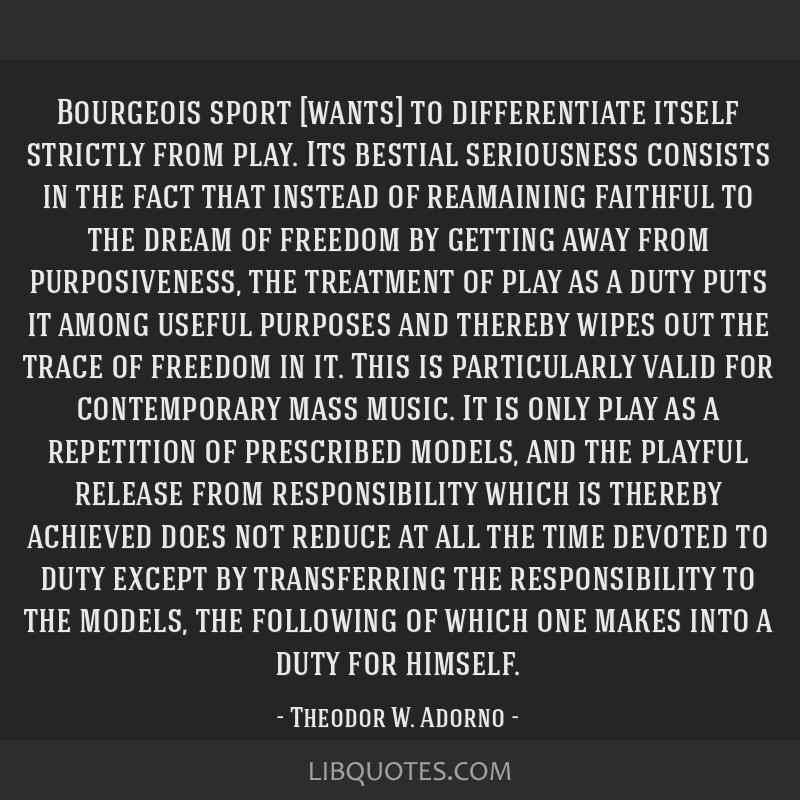 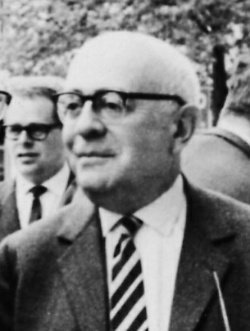