We cannot simply speak out against an escalation of troops in Iraq, we must act to prevent it... There can be no doubt that the Constitution gives Congress the authority to decide whether to fund military action, and Congress can demand a justification from the president for such action before it appropriates the funds to carry it out. 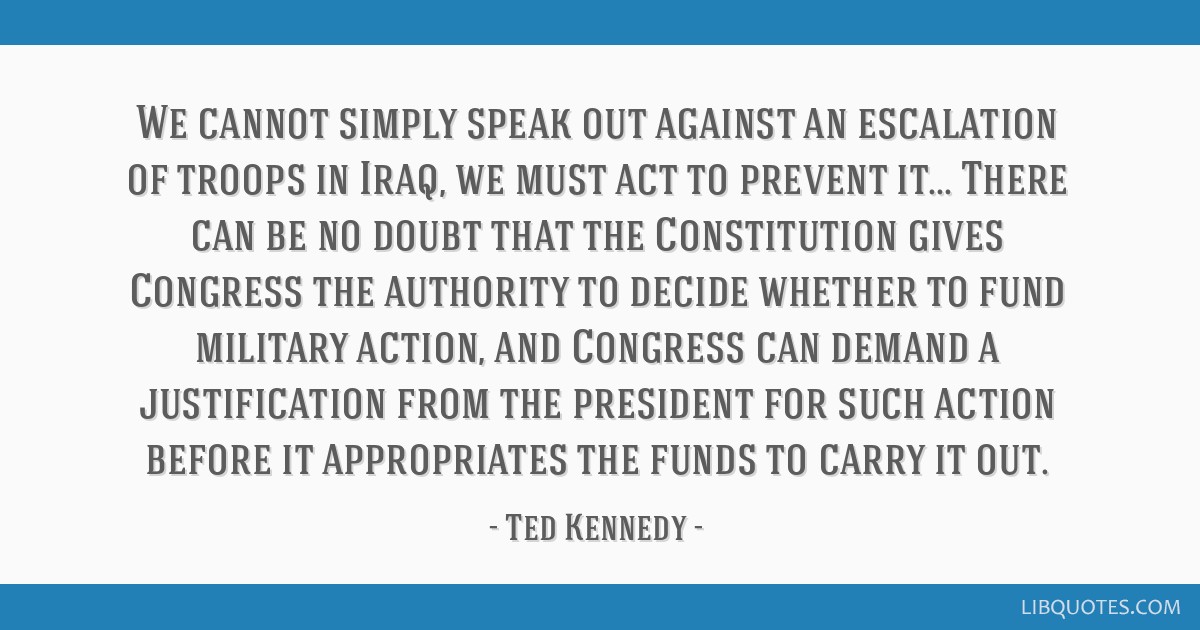 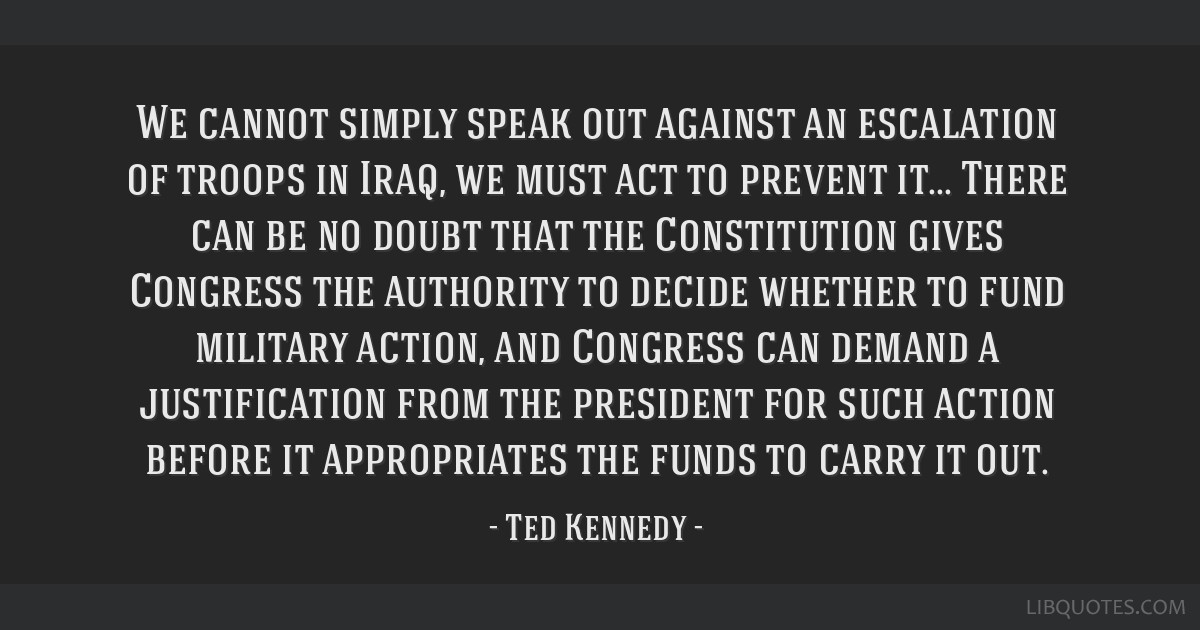 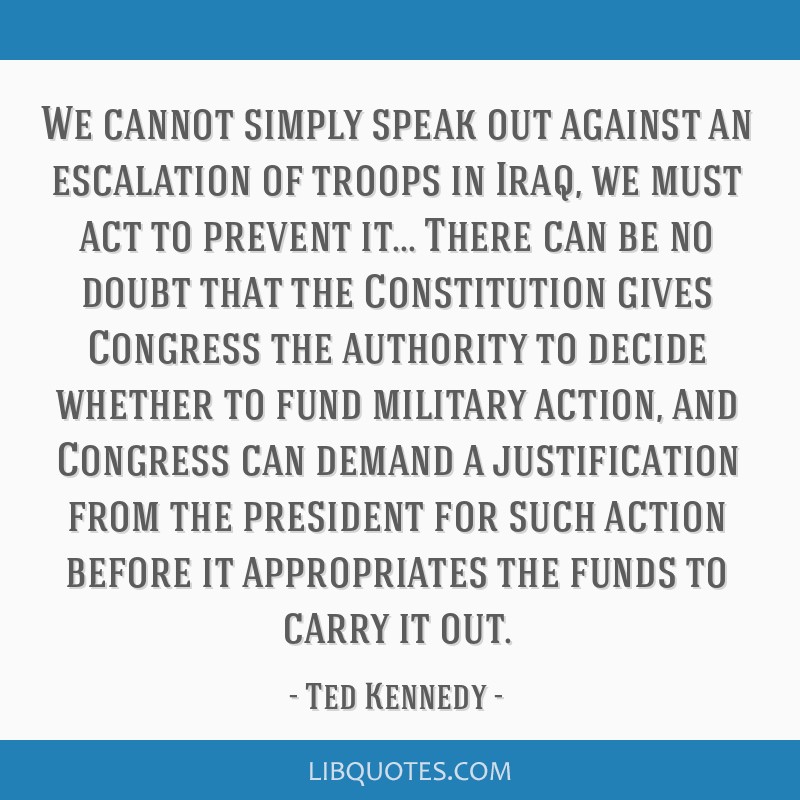 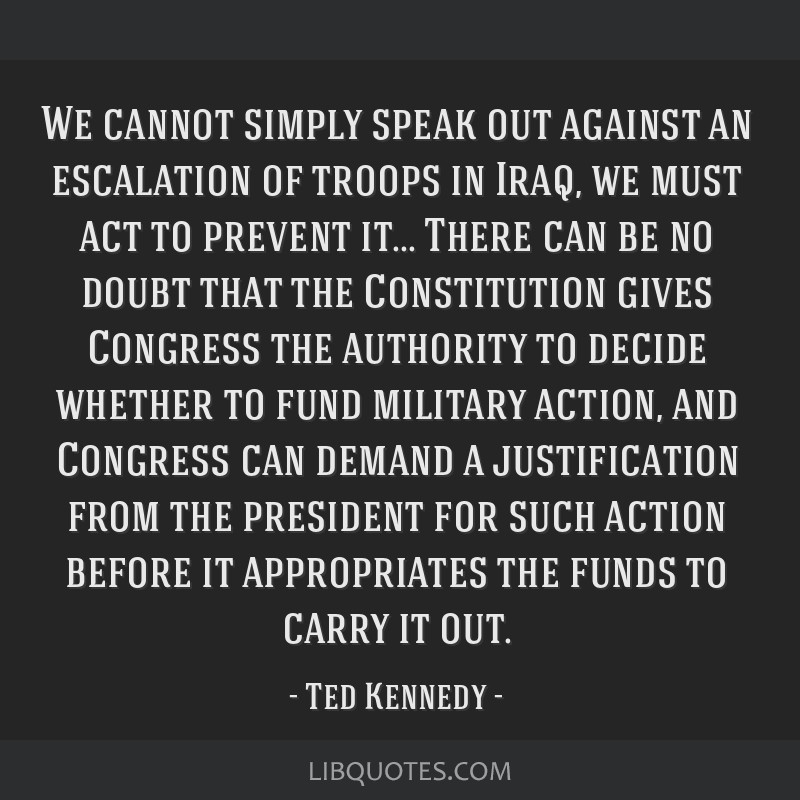 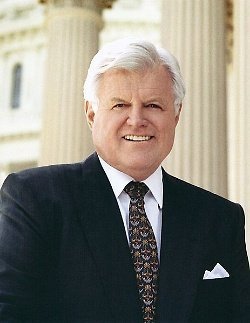