Brother, I was glad to hear what you told us. you said that if we could prove that the land was sold by people who had no right to sell it, you would restore it. I will prove that those who did sell did not own it. Did they have a deed? A title? No! You say those prove someone owns land. Those chiefs only spoke a claim, and so you pretended to believe their claim, only because you wanted the land. But the many tribes with me will not agree with those claims. They have never had a title to sell, and we agree this proves you could not buy it from them. 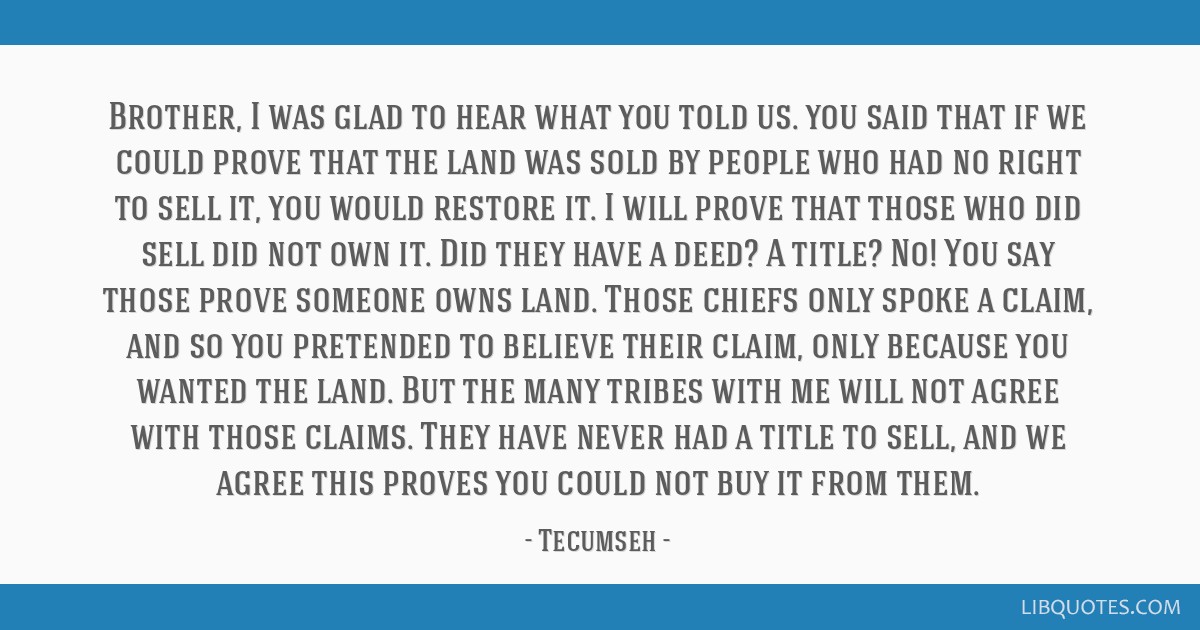 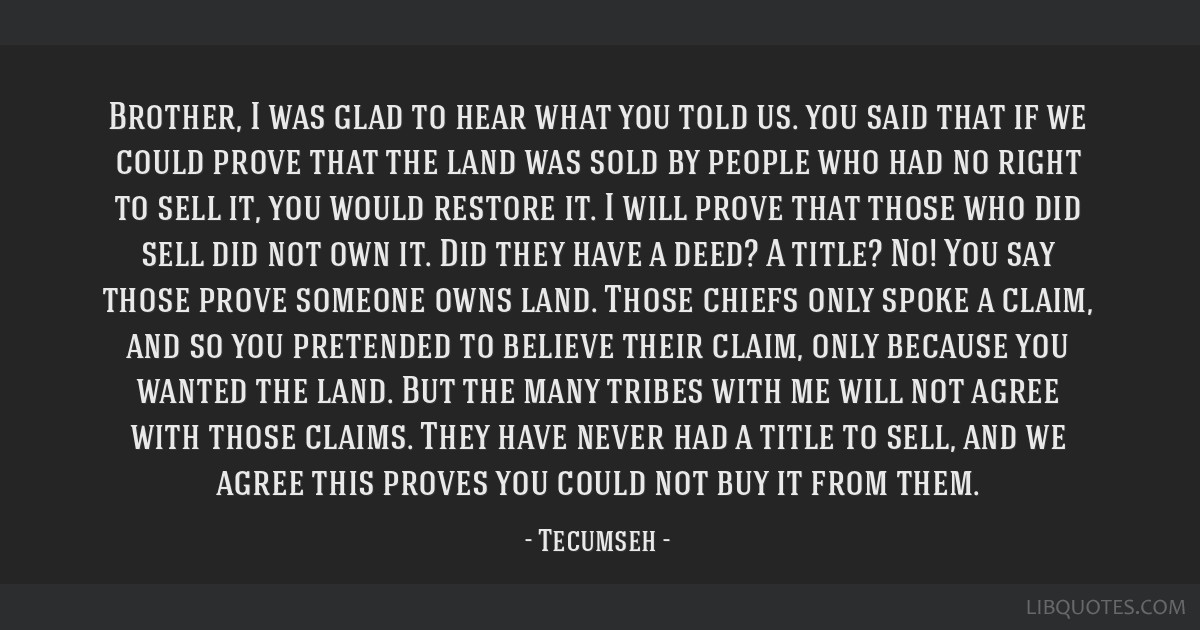 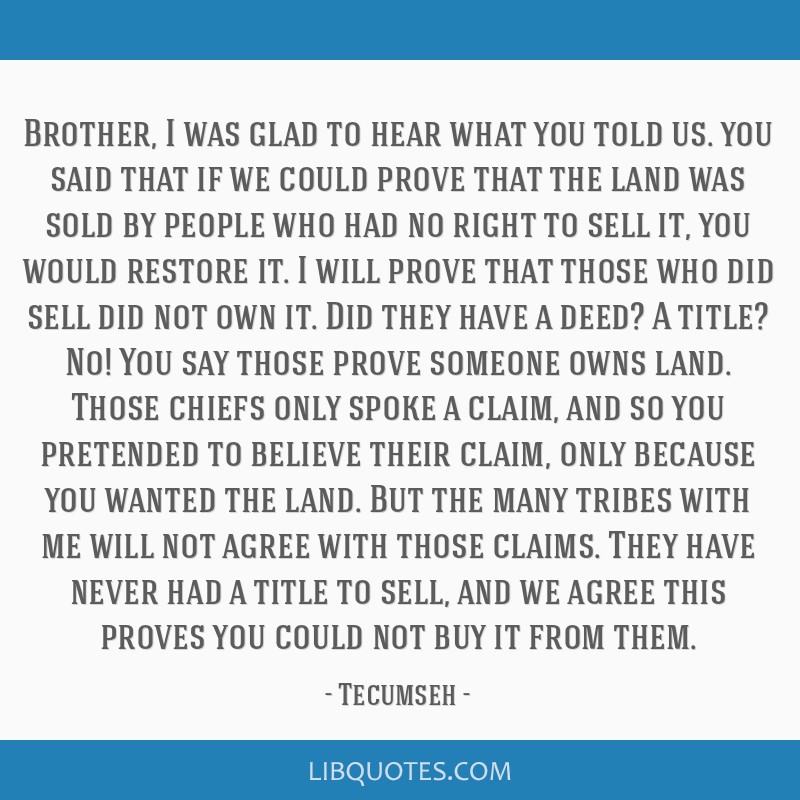 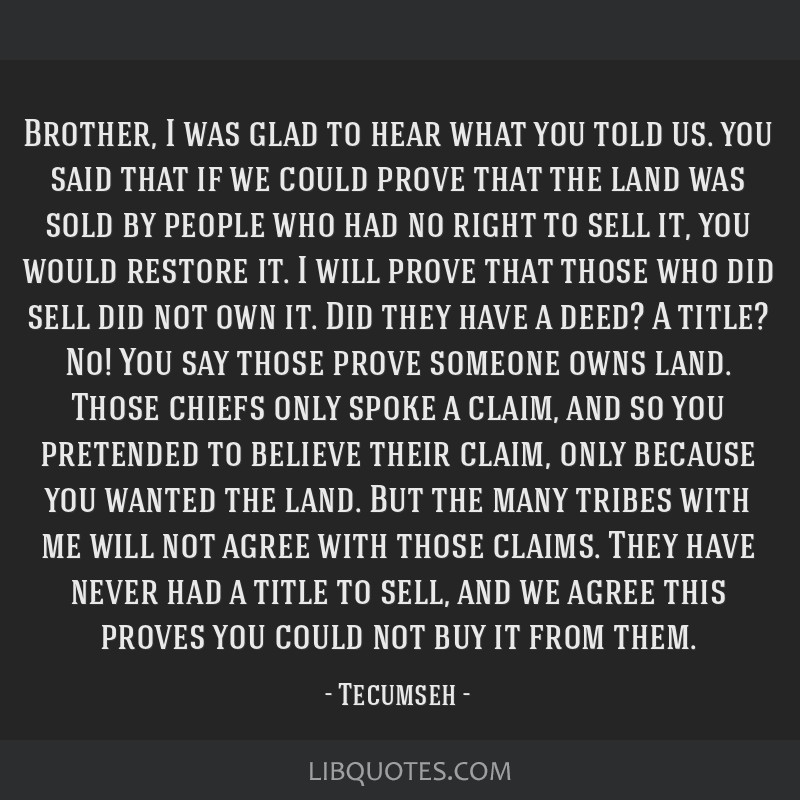 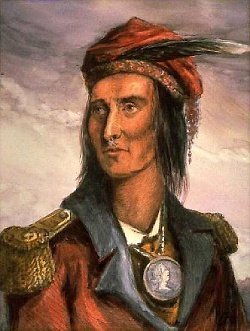