Men have looked upon the desert as barren land, the free holding of whoever chose; but in fact each hill and valley in it had a man who was its acknowledged owner and would quickly assert the right of his family or clan to it, against aggression. 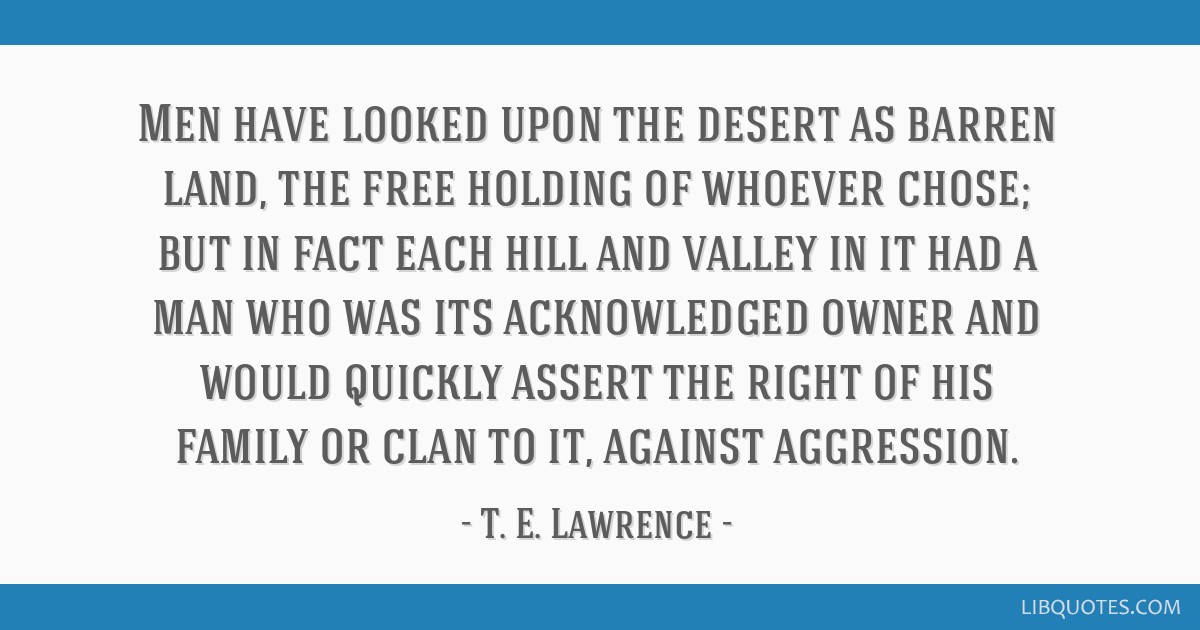 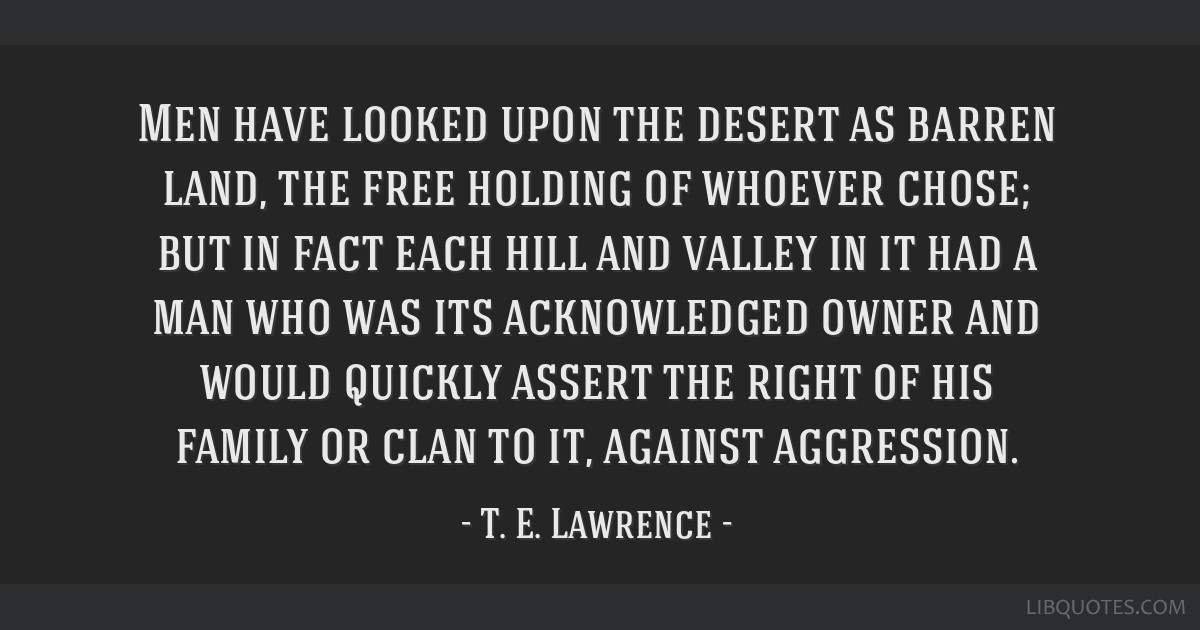 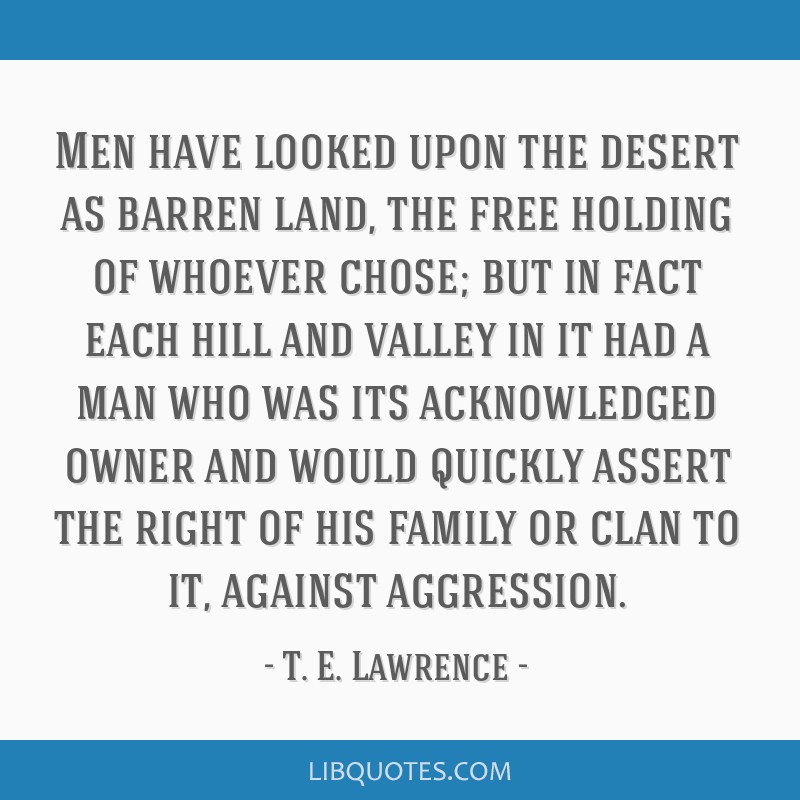 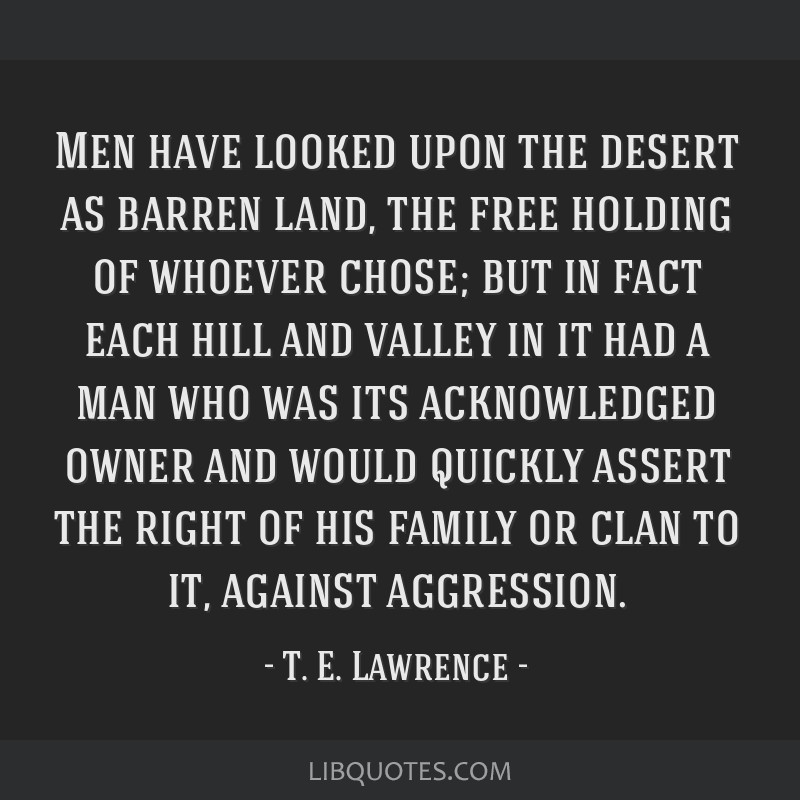 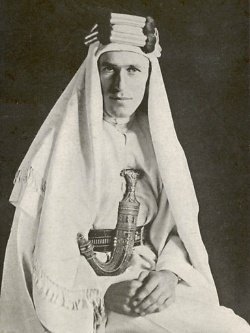