In the four quarters of the globe, who reads an American book? Or goes to an American play? or looks at an American picture or statue? What does the world yet owe to American physicians or surgeons? What new substances have their chemists discovered? Or what old ones have they advanced? What new constellations have been discovered by the telescopes of Americans? Who drinks out of American glasses? Or eats from American plates? Or wears American coats or gowns? or sleeps in American blankets? Finally, under which of the old tyrannical governments of Europe is every sixth man a slave, whom his fellow-creatures may buy and sell and torture? 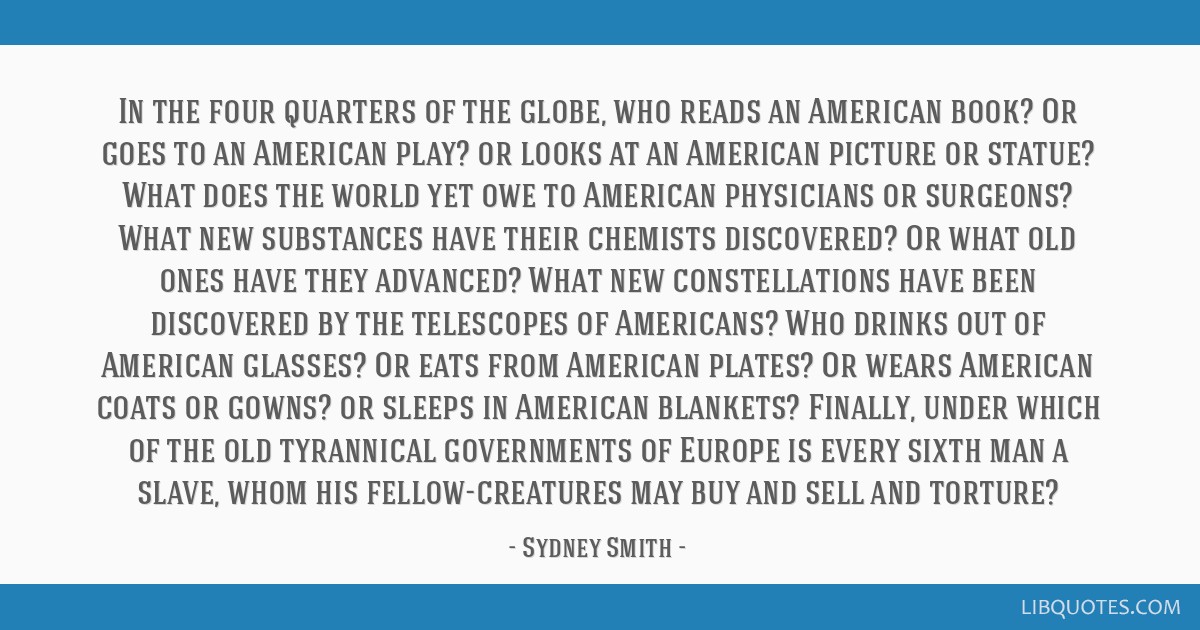 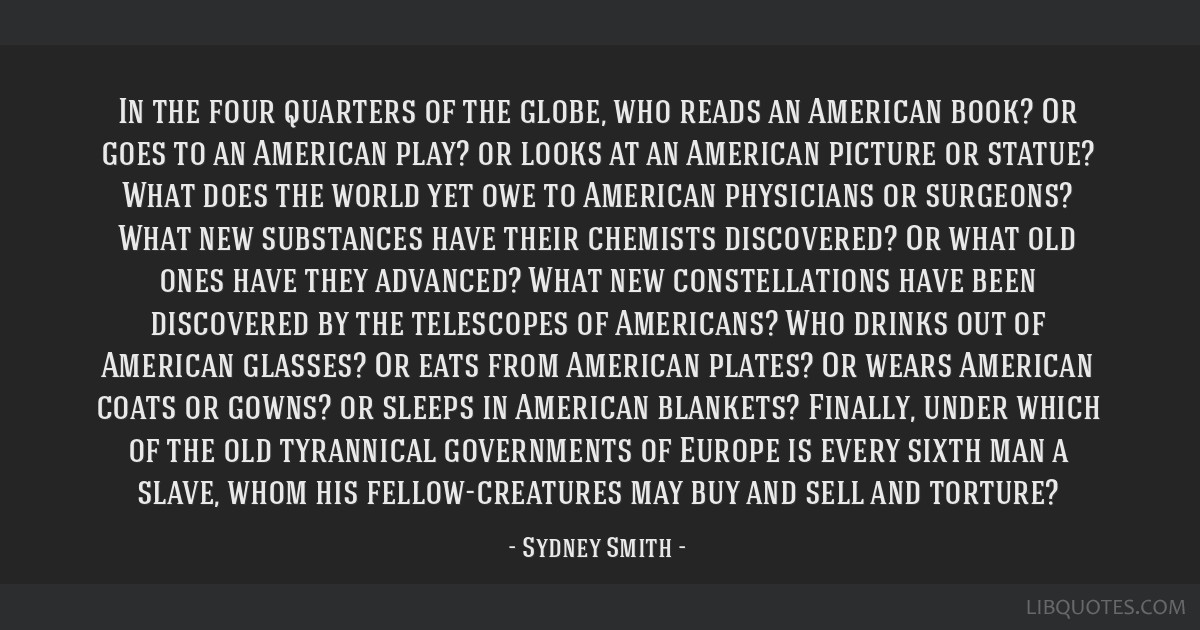 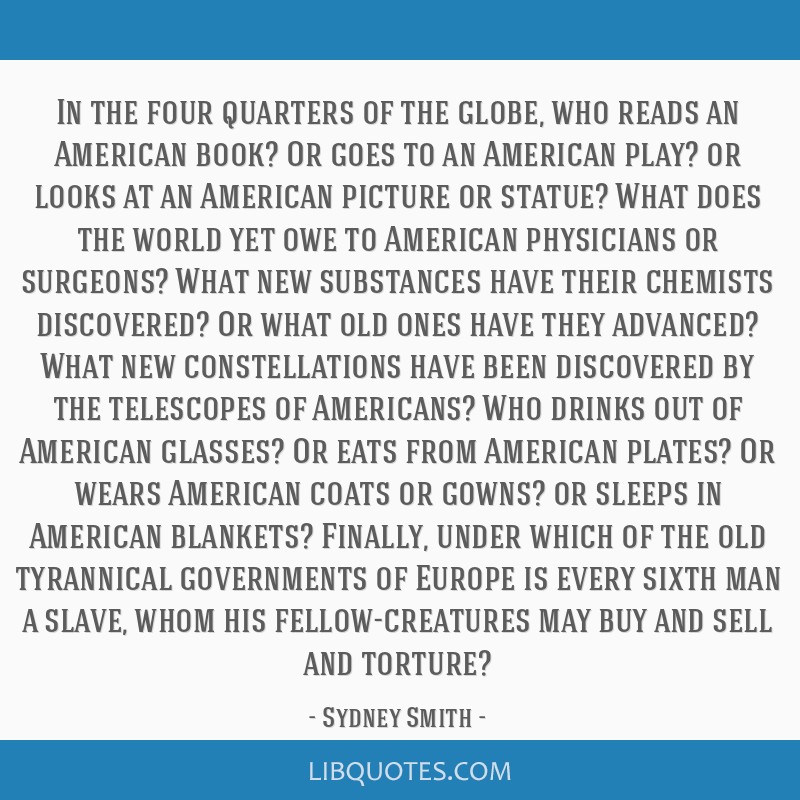 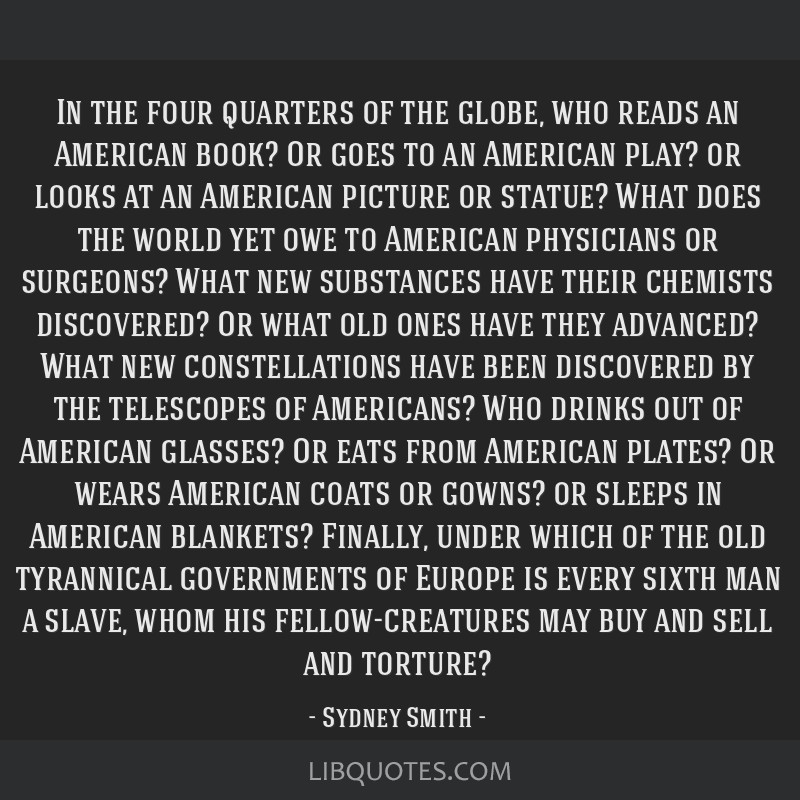 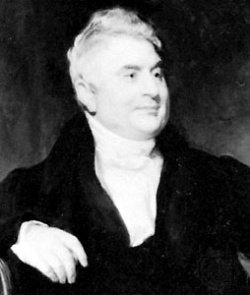