When gorillas smell danger, they run around and call out to the rest of the primates in the jungle to warn them something evil is coming. And when one of their own dies, they mourn for days while beating themselves up in sadness for failing to save that gorilla, even if the cause of death was natural. And when one colony is mourning, their chilling echoes migrate to other colonies — and those neighbors, even if they are territorial rivals, will also grieve with them. When faced with a common danger, rivals turn into allies. And when faced with death, the loss of just one gorilla becomes the loss of the entire jungle. 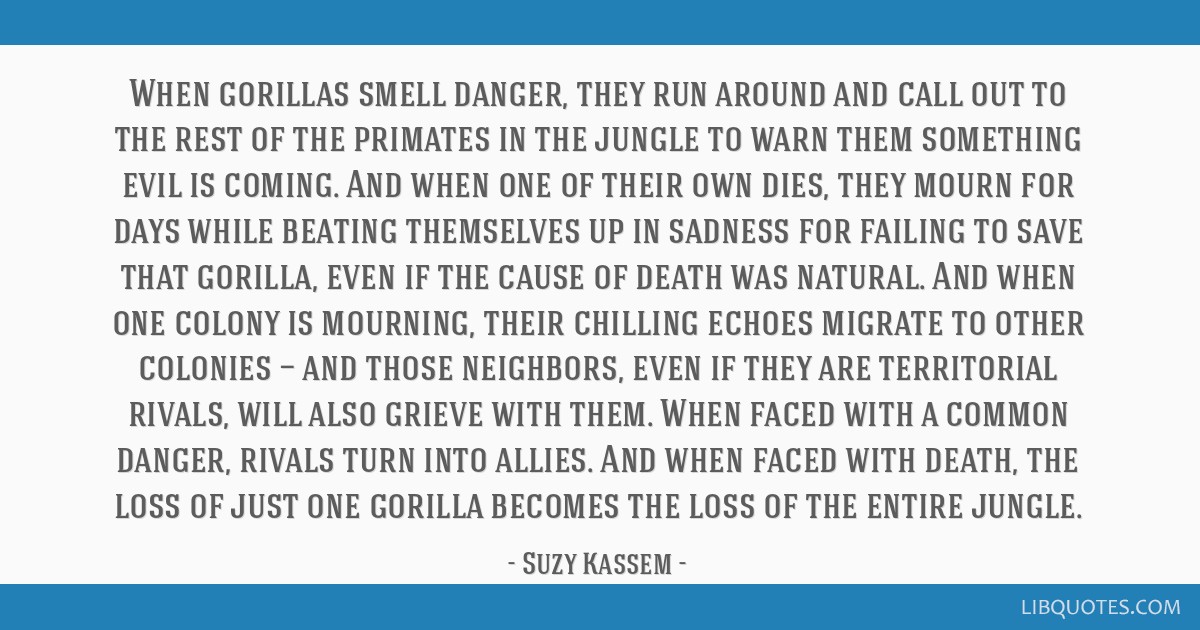 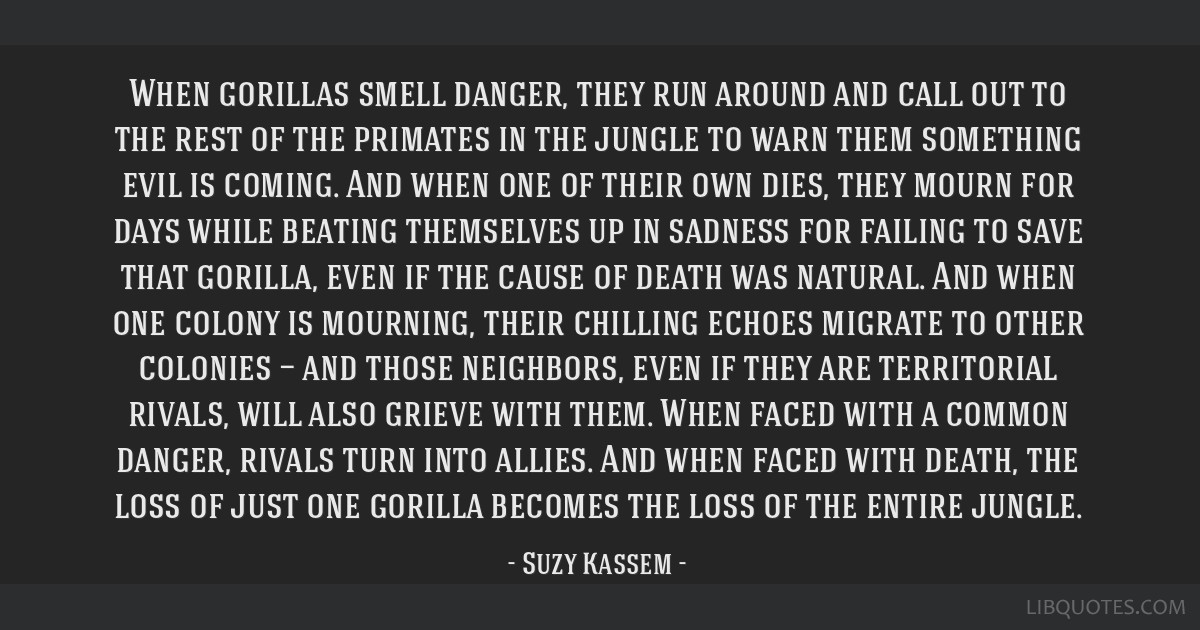 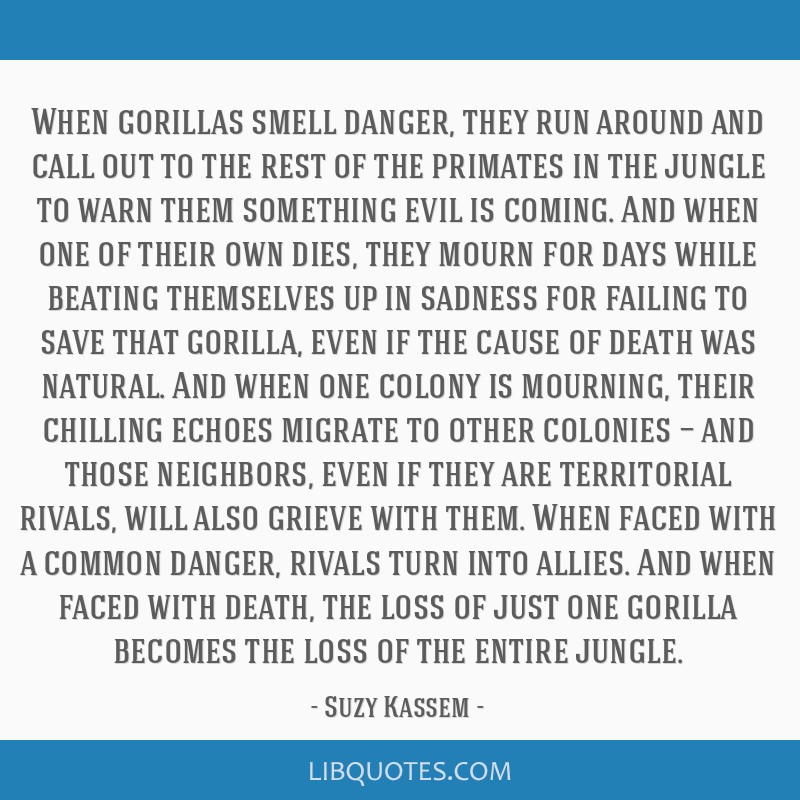 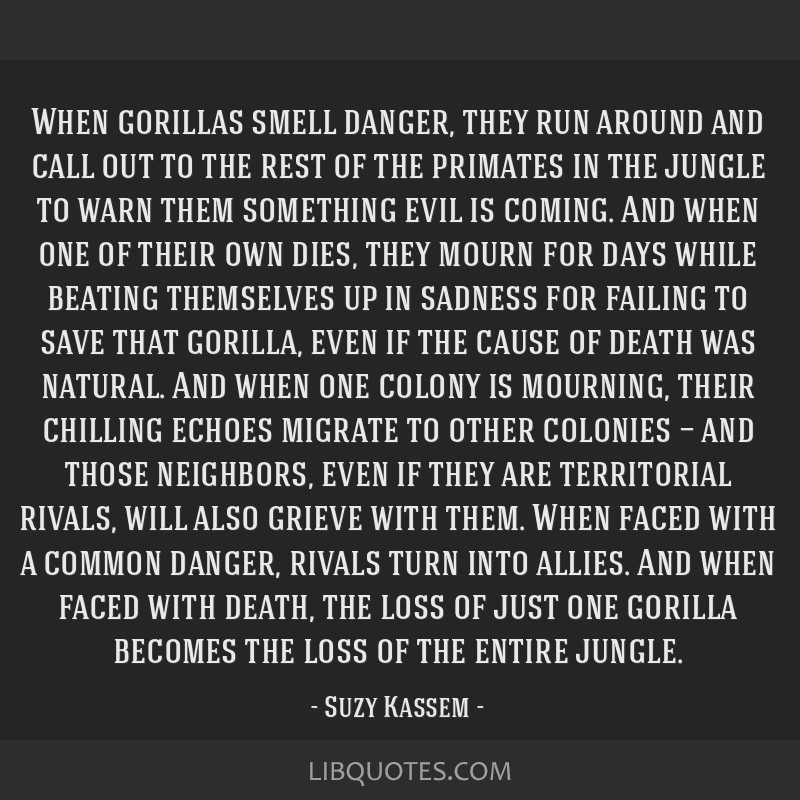