In the system of chivalry, men protect women against men. This is not unlike the protection relationship which [organized crime] established with small businesses in the early part of this century. Indeed, chivalry is an age-old protection racket which depends for its existence on rape. 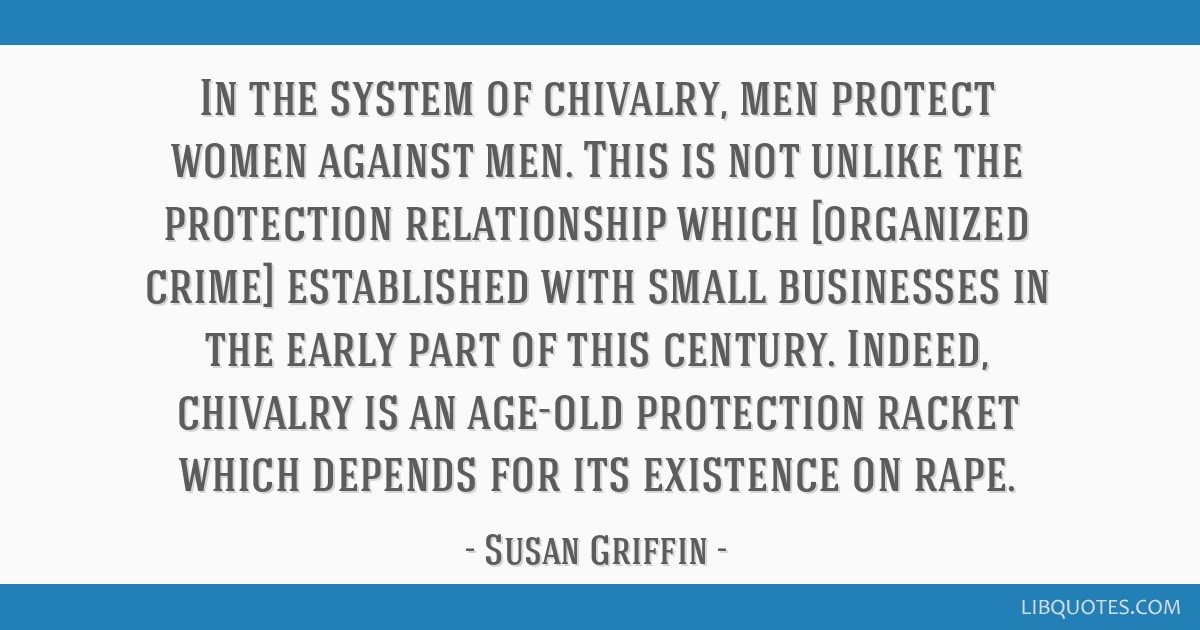 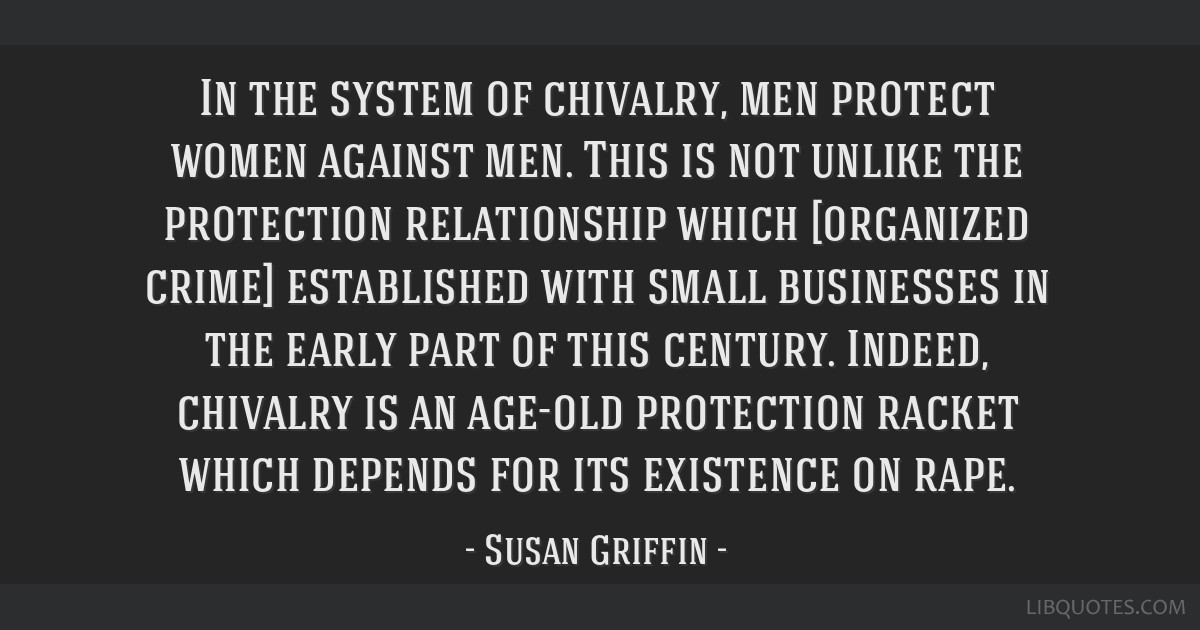 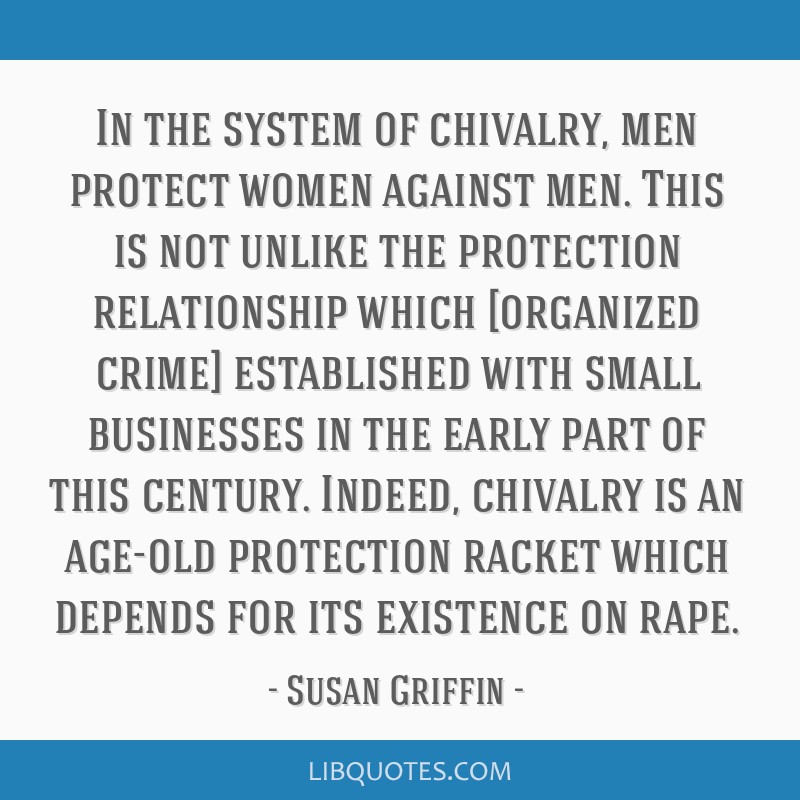 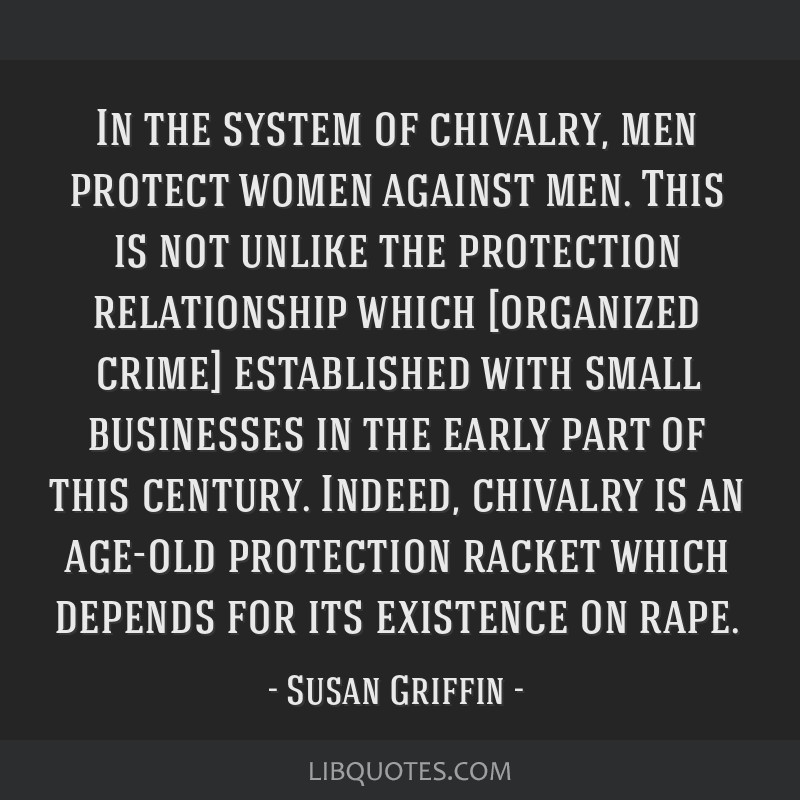