The last decade has seen a powerful counterassault on women's rights, a backlash, an attempt to retract the handful of small and hard-won victories that the feminist movement did manage to win for women. This counterassault is largely insidious: in a kind of pop-culture version of the Big Lie, it stands the truth boldly on its head and proclaims that the very steps that have elevated women's position have actually led to their downfall. 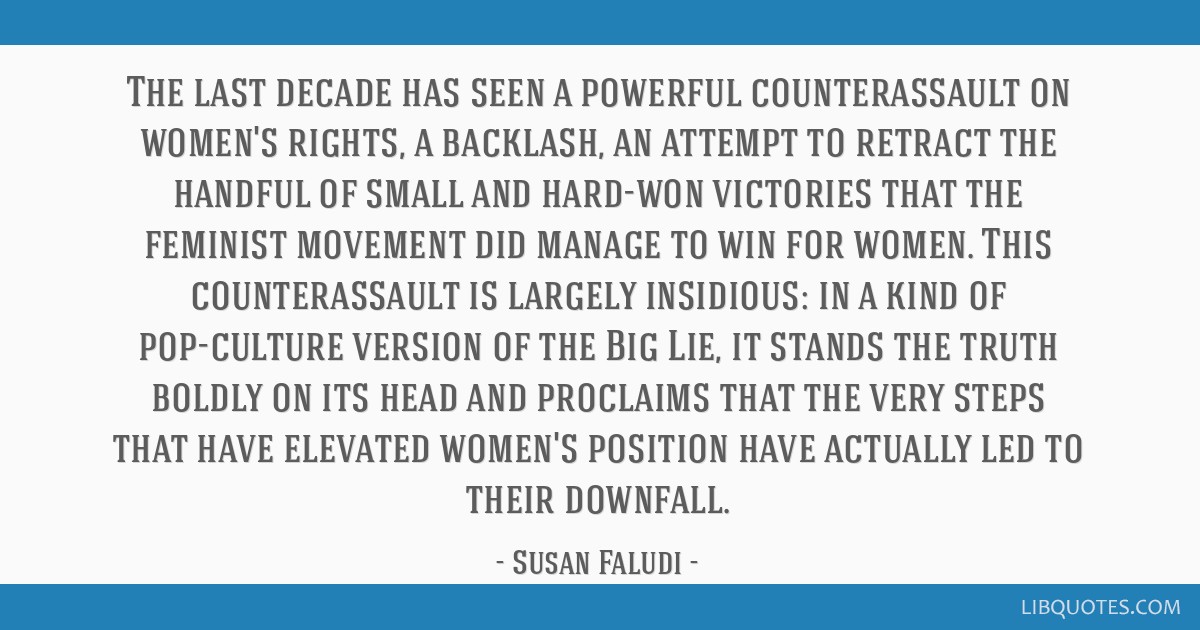 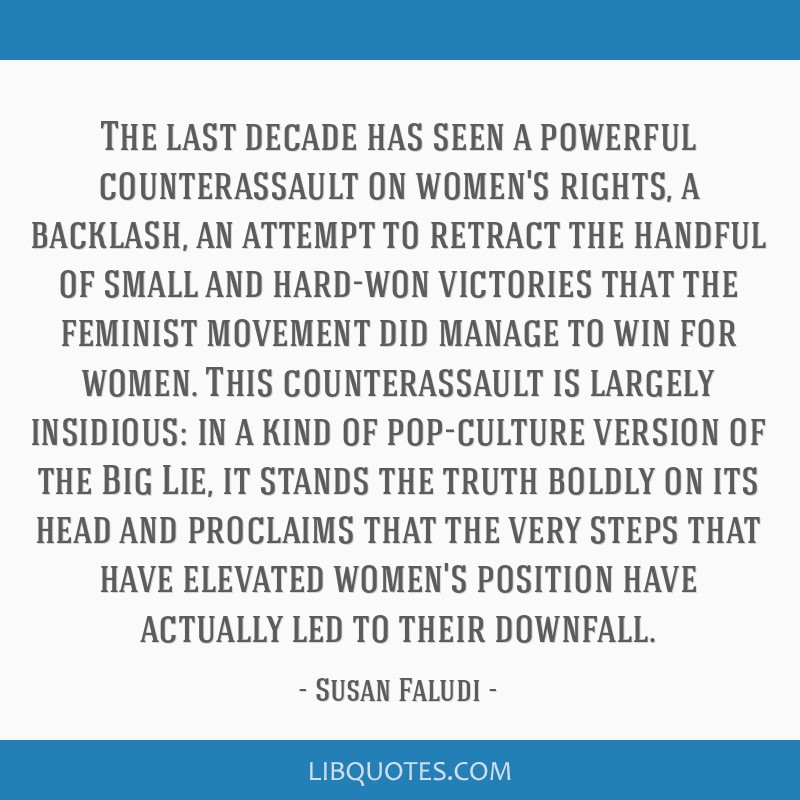 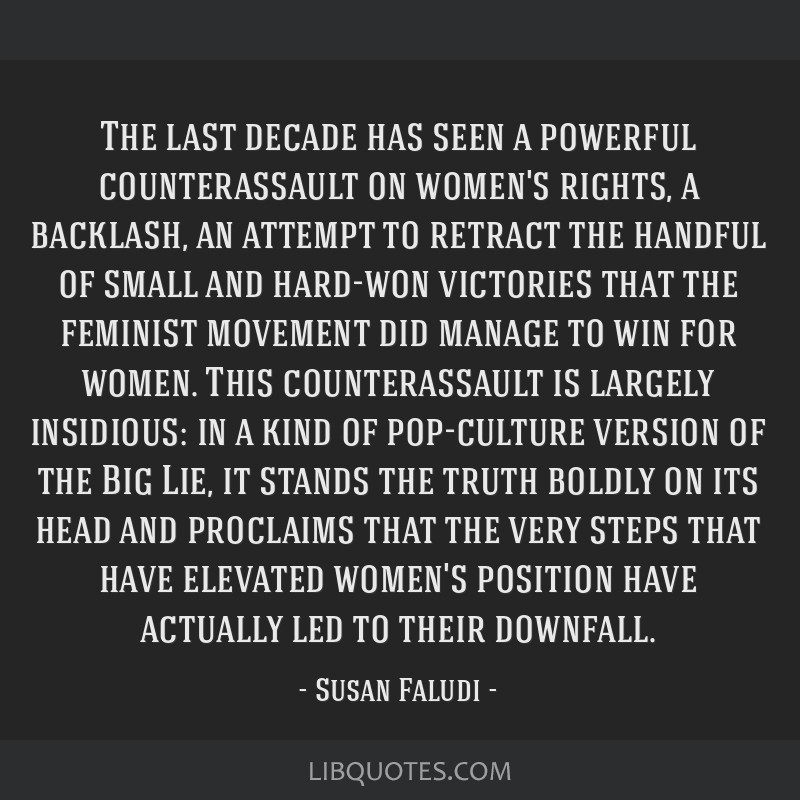 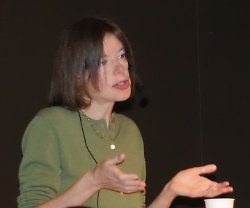