The other thing Aron found about sensitive people is that sometimes they're highly empathic. It's as if they have thinner boundaries separating them from other people's emotions and from the tragedies and cruelties of the world. They tend to have unusually strong consciences.... they're acutely aware of the consequences of a lapse in their own behavior. 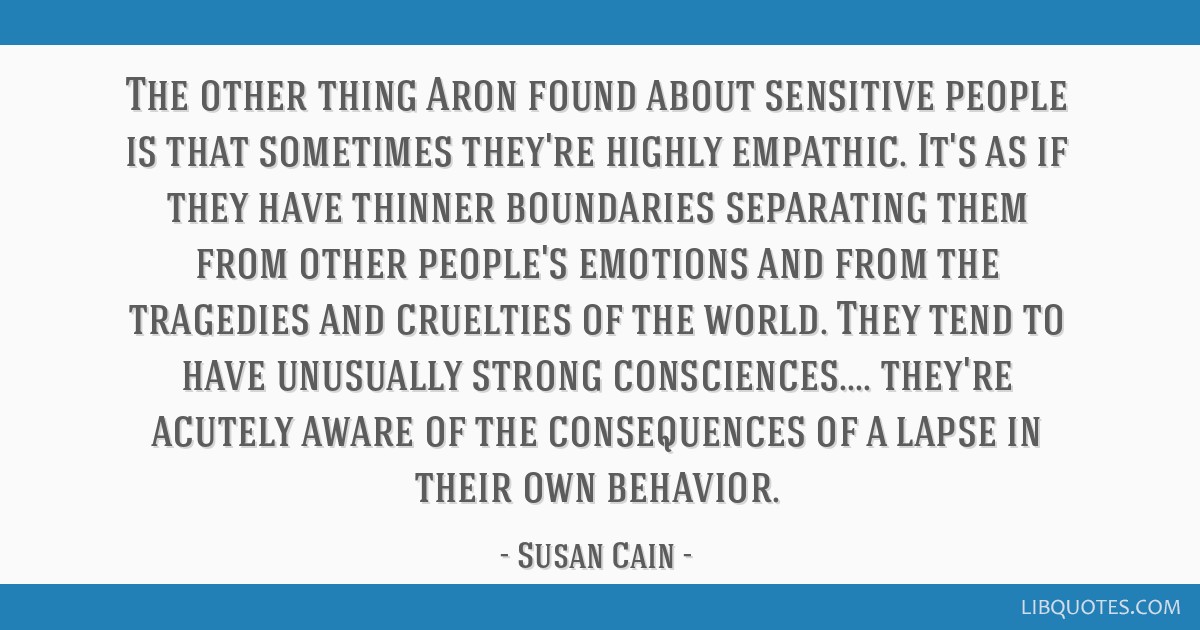 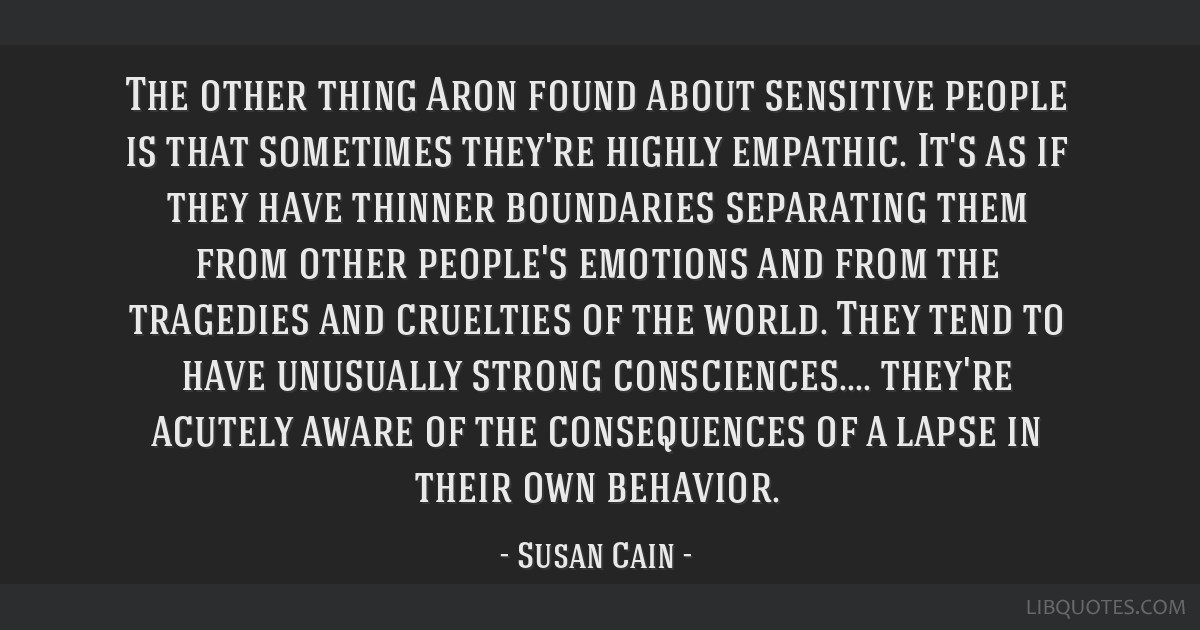 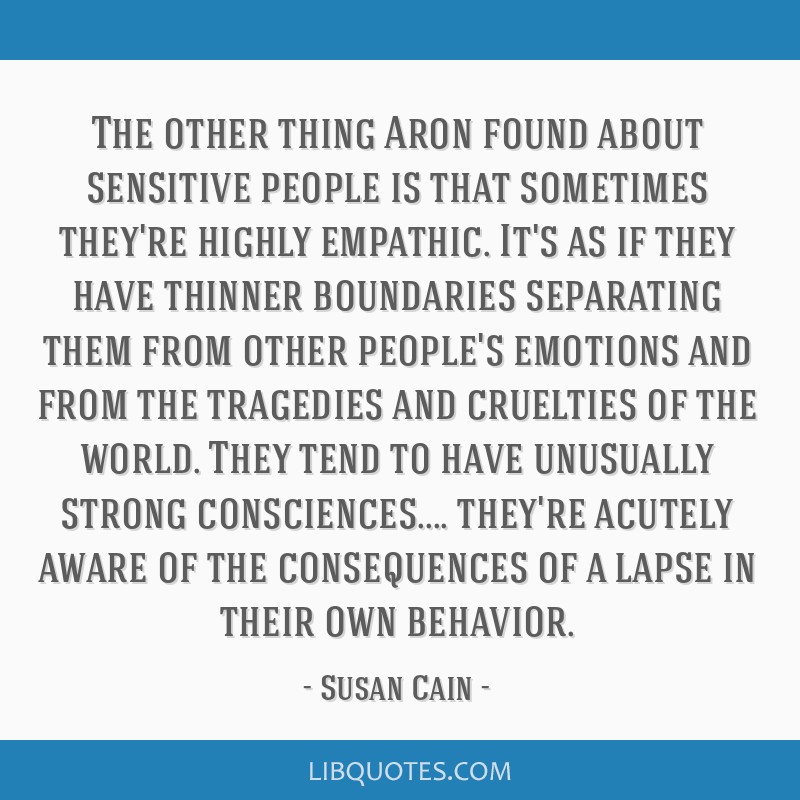 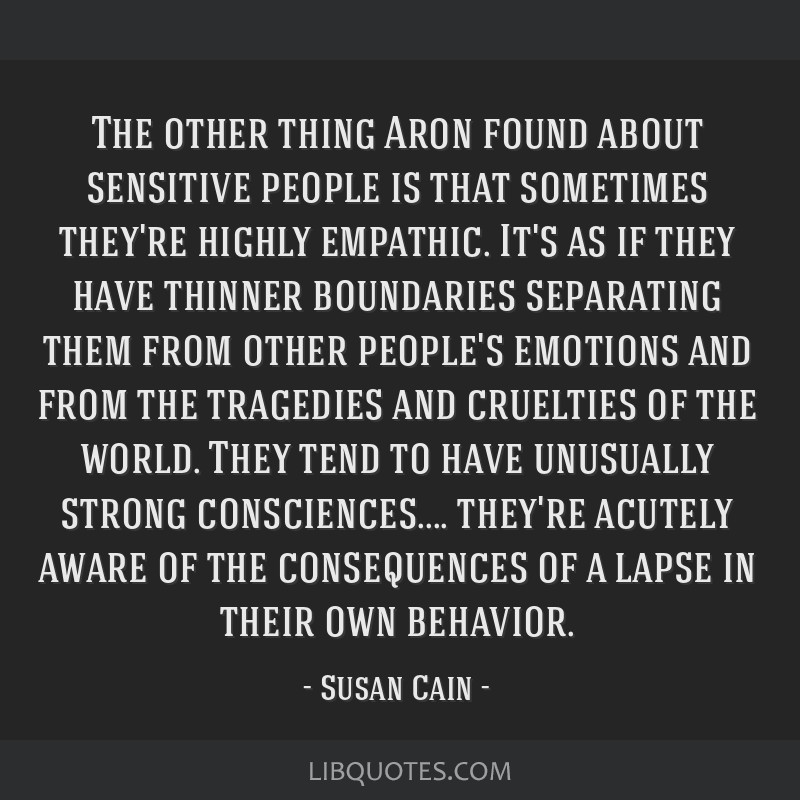 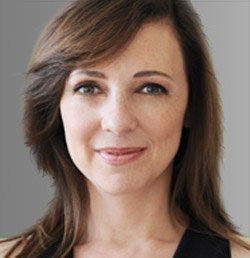