Maybe at the very bottom of it... I really don't like God. You know, it's silly to say I don't like God because I don't believe in God, but in the same sense that I don't like Iago, or the Reverend Slope or any of the other villains of literature, the god of traditional Judaism and Christianity and Islam seems to me a terrible character. He's a god who will... who obsessed the degree to which people worship him and anxious to punish with the most awful torments those who don't worship him in the right way. Now I realise that many people don't believe in that any more who call themselves Muslims or Jews or Christians, but that is the traditional God and he's a terrible character. I don't like him. 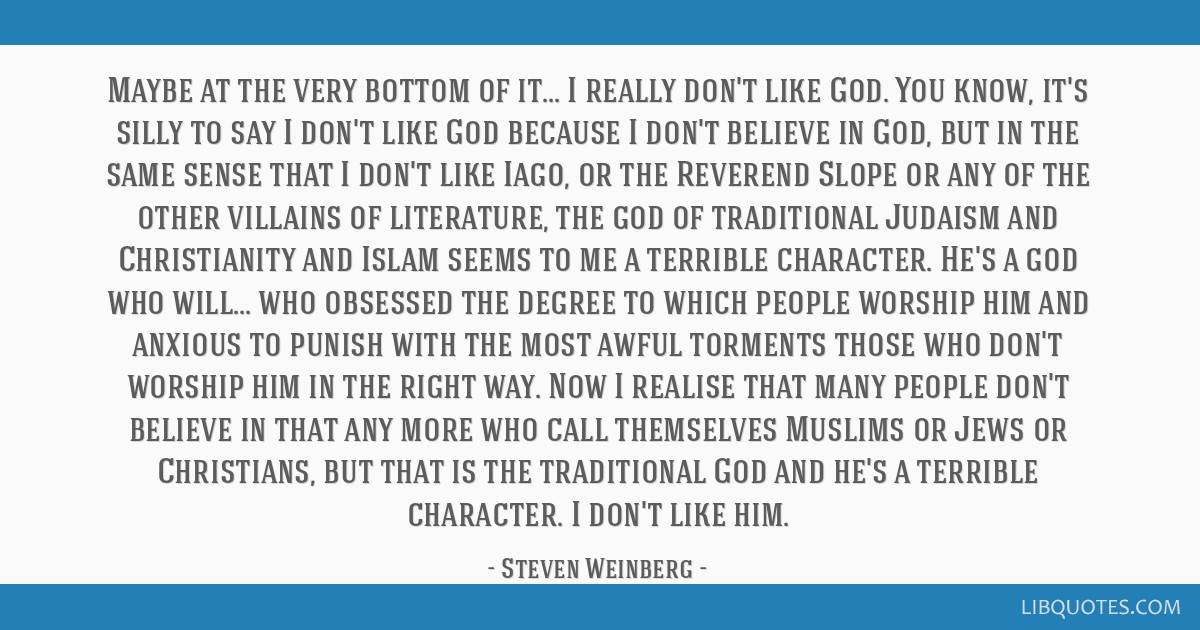 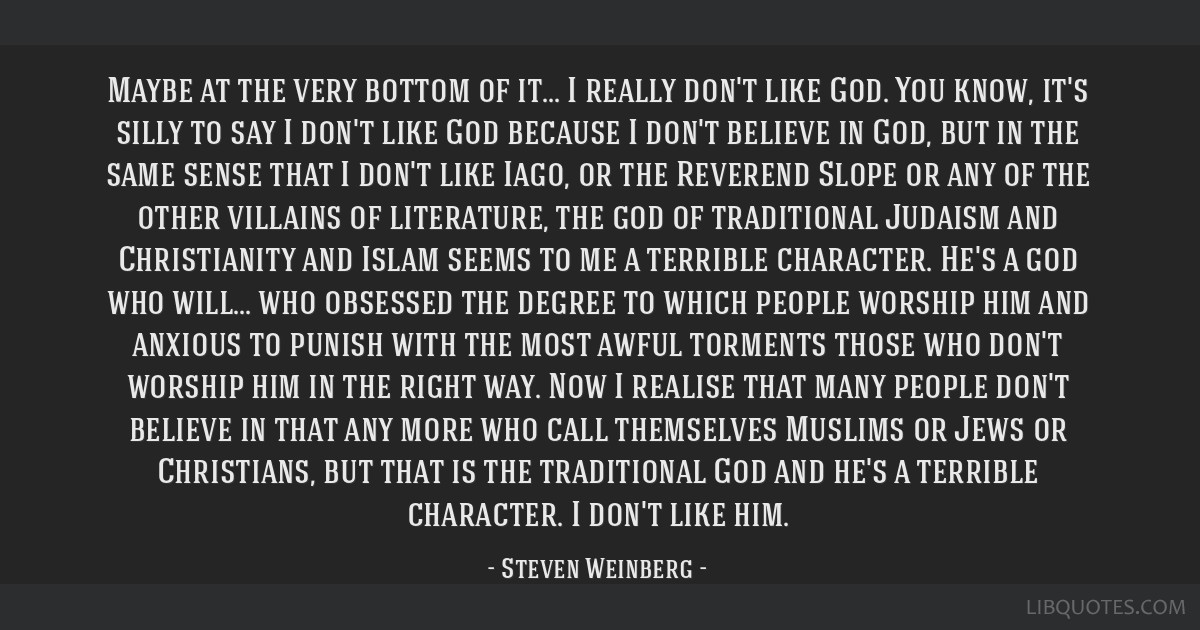 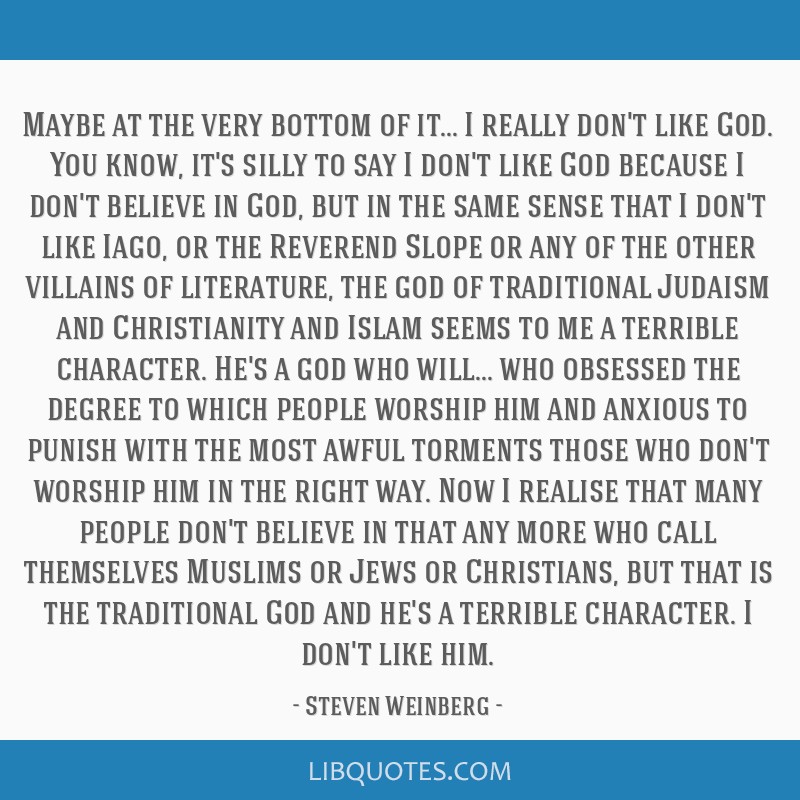 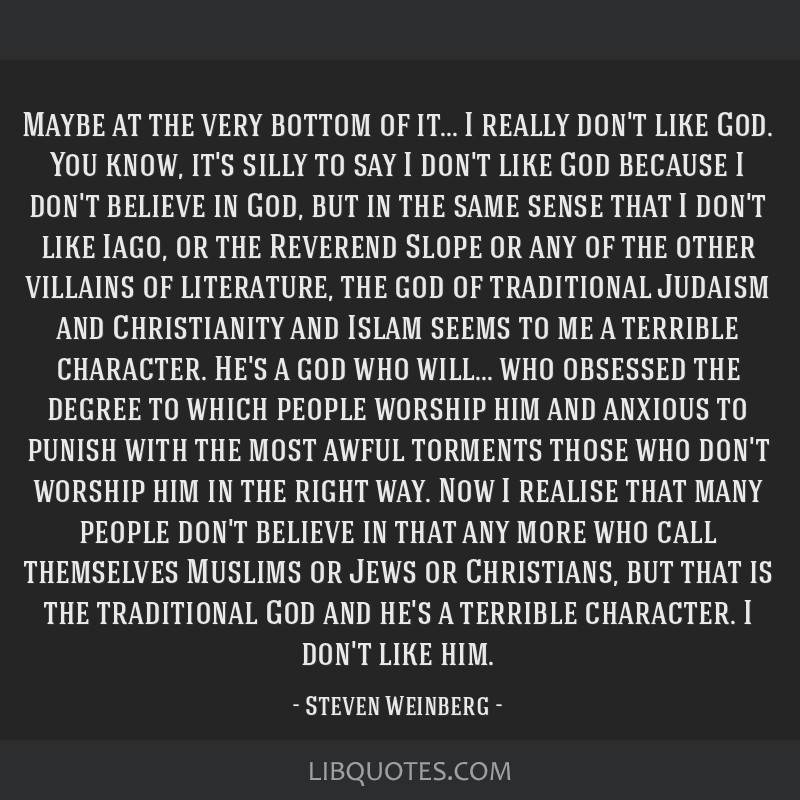 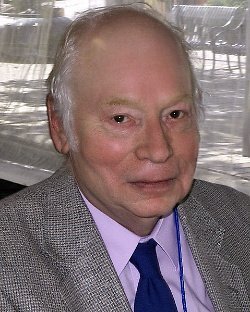