Watching violence in movies or TV programs stimulates the spectators to imitate what they see much more than if seen live or on TV news. In movies, violence is filmed with perfect illumination, spectacular scenery, and in slow motion, making it even romantic. However, in the news, the public has a much better perception of how horrible violence can be, and it is used with objectives that do not exist in the movies.

In an interview by the Brazilian magazine Veja (1993). Spielberg adds that so far he has not permitted his young son to watch some of his well-known movies (Jaws, the Indiana Jones series) because of the amount of blood and violence shown. 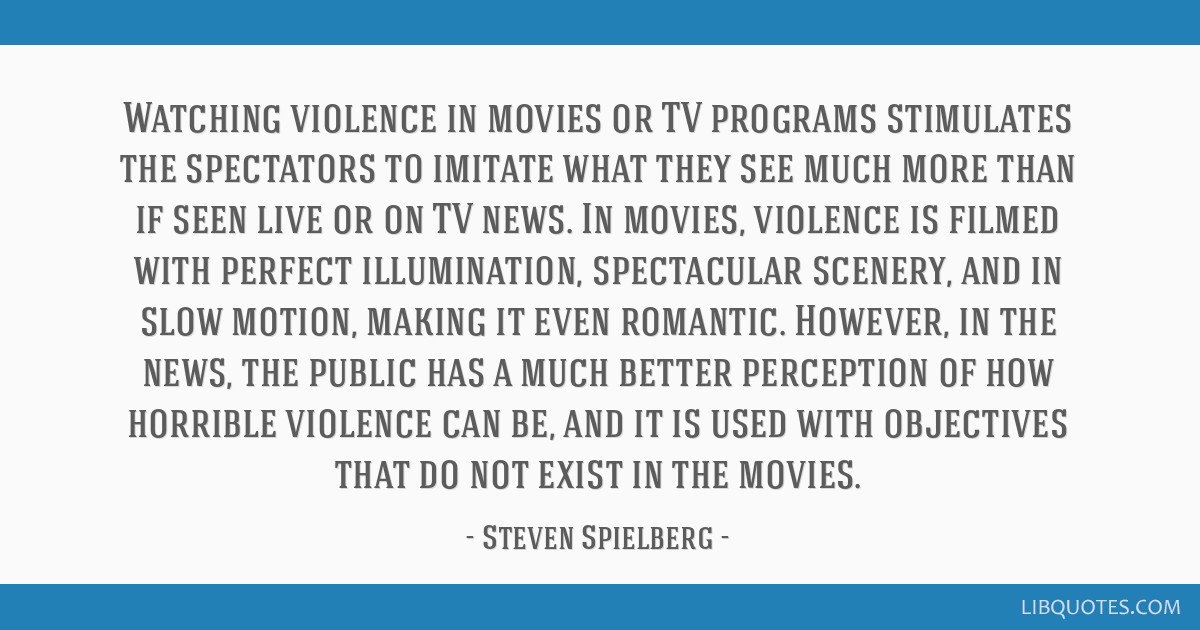 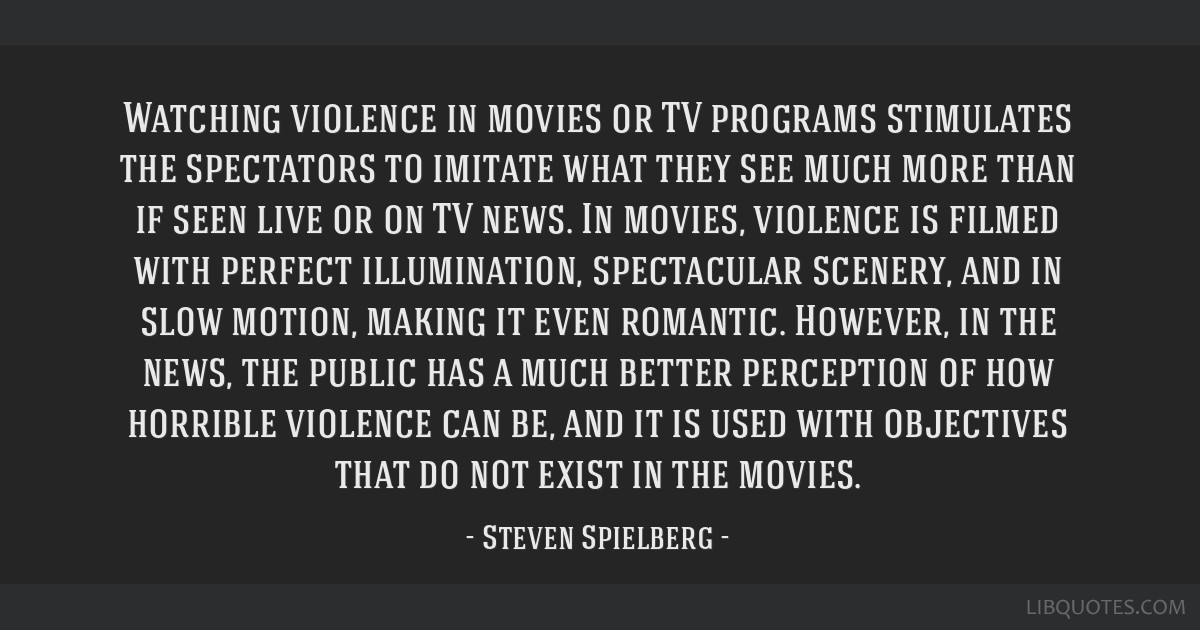 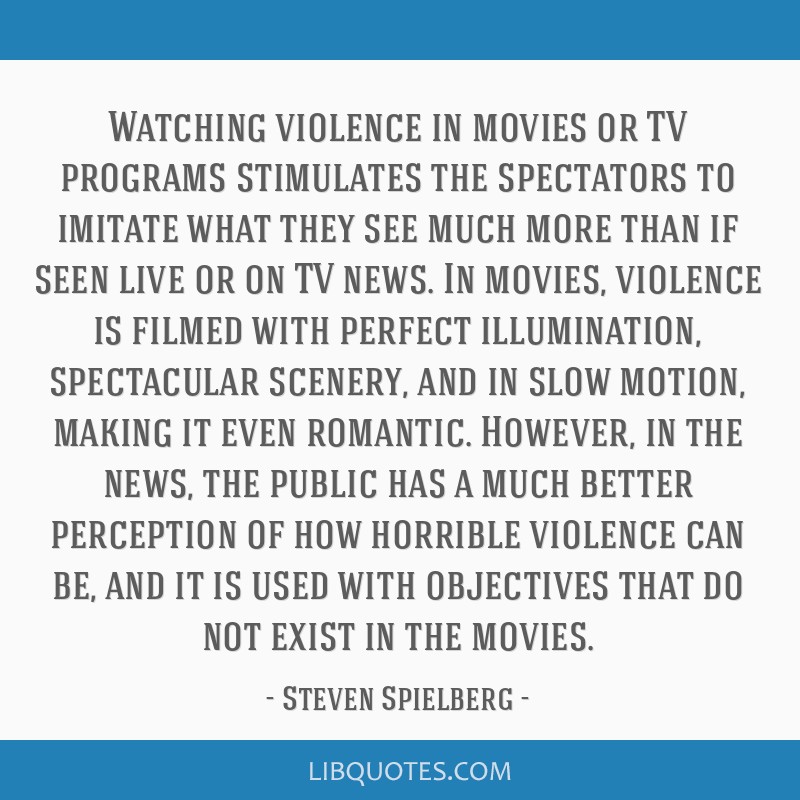 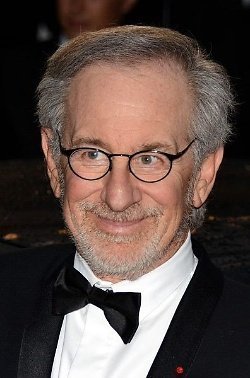