What you won't hear, except from me, is that 'Let the good times roll' is an especially risky message for African-Americans. The plain fact is that they tend to possess poorer native judgment than members of better-educated groups. Thus they need stricter moral guidance from society. … In contrast to New Orleans, there was only minimal looting after the horrendous 1995 earthquake in Kobe, Japan — because, when you get down to it, [the] Japanese aren't blacks. 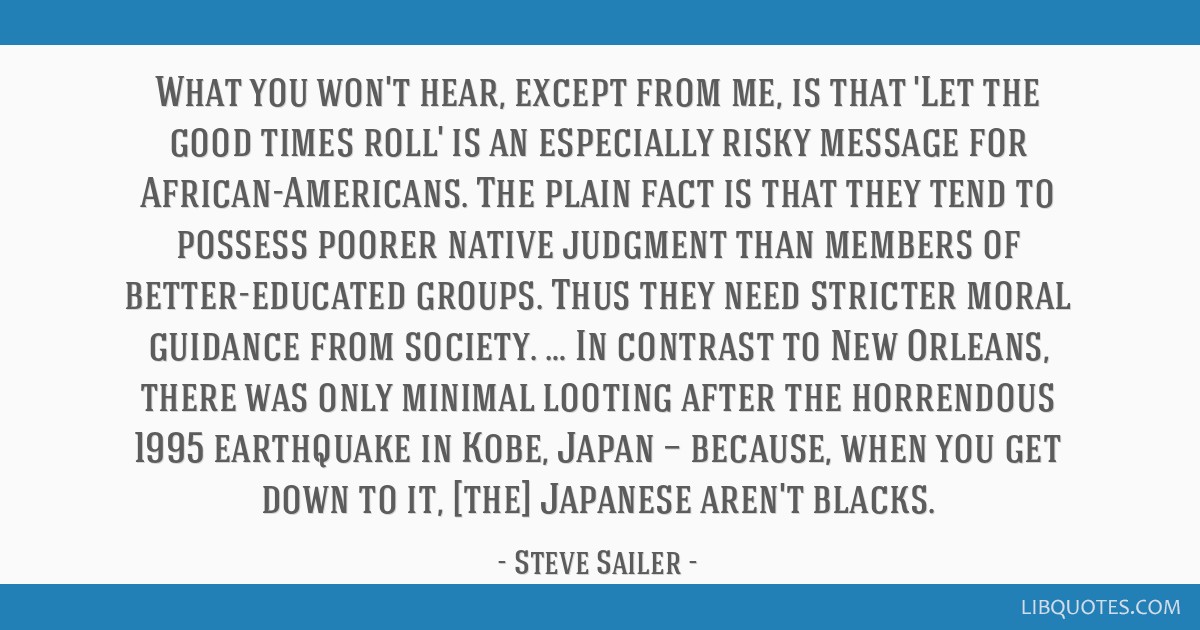 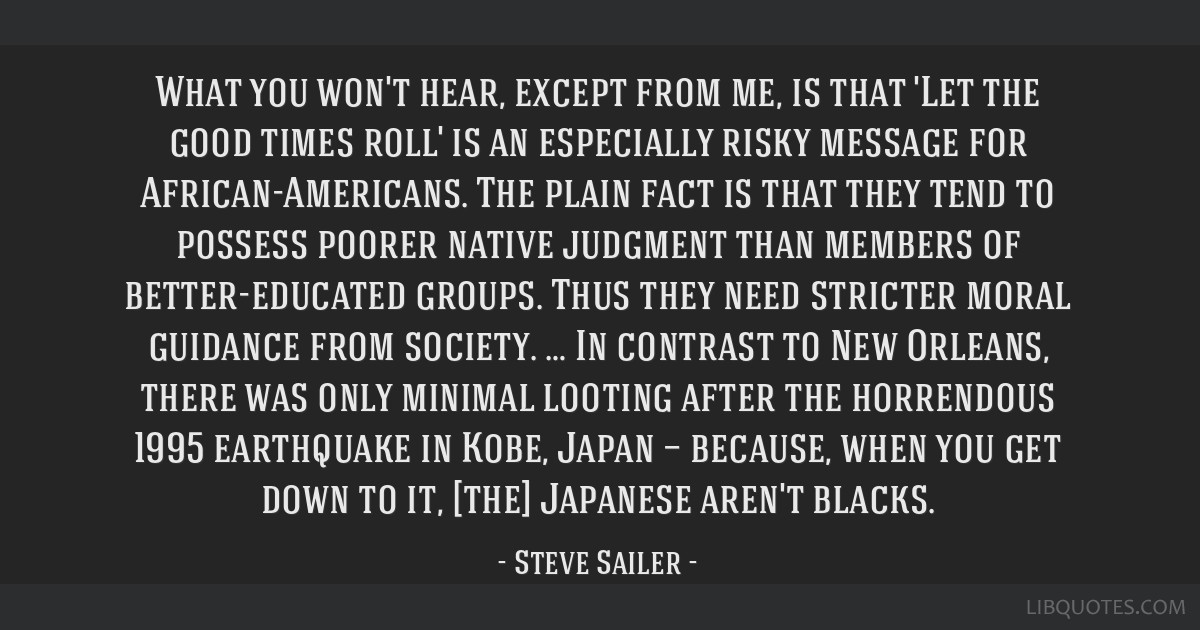 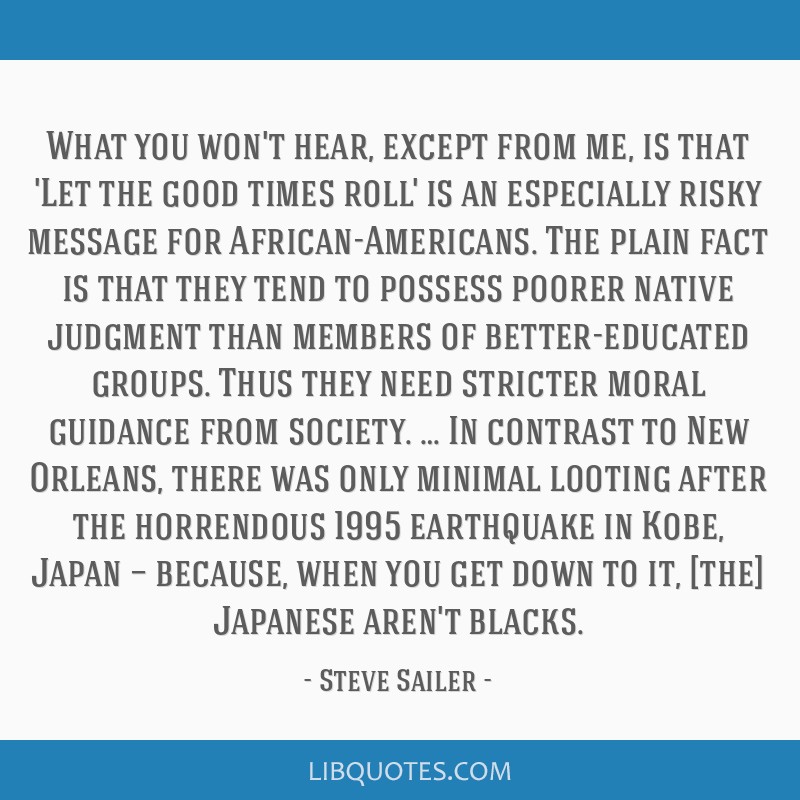 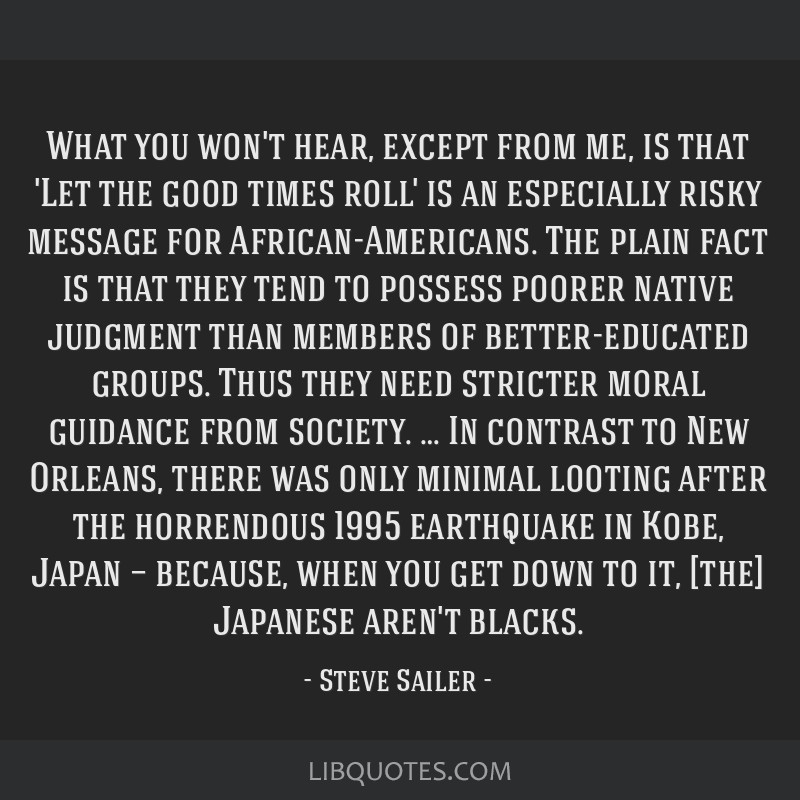