Well, Apple invented the PC as we know it, and then it invented the graphical user interface as we know it eight years later (with the introduction of the Mac). But then, the company had a decade in which it took a nap. 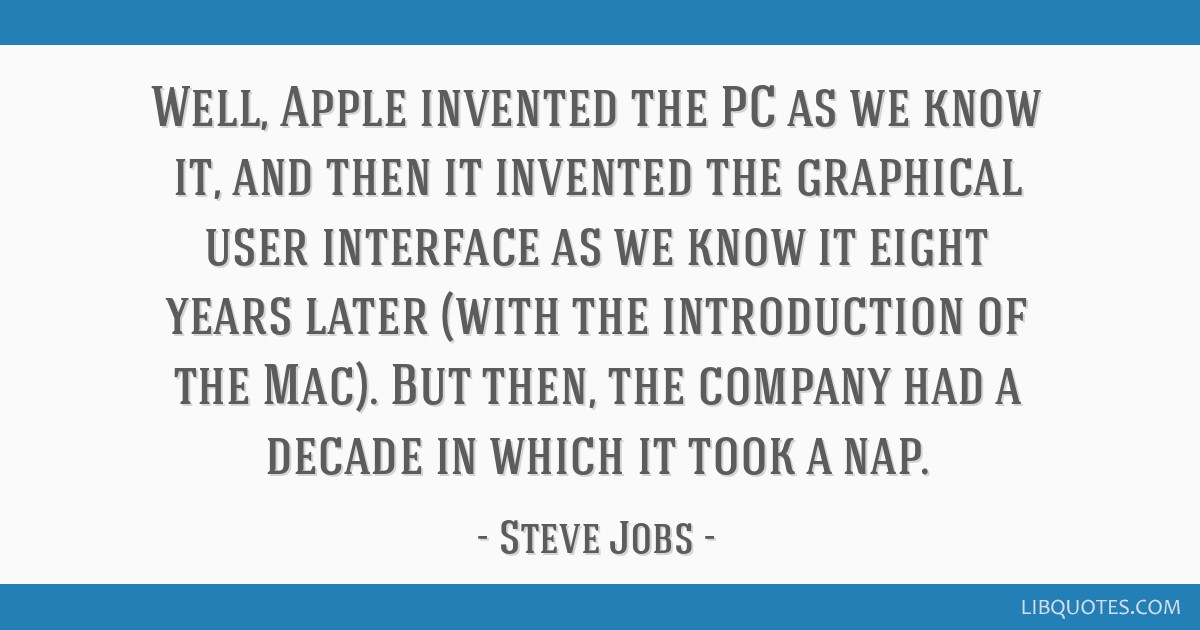 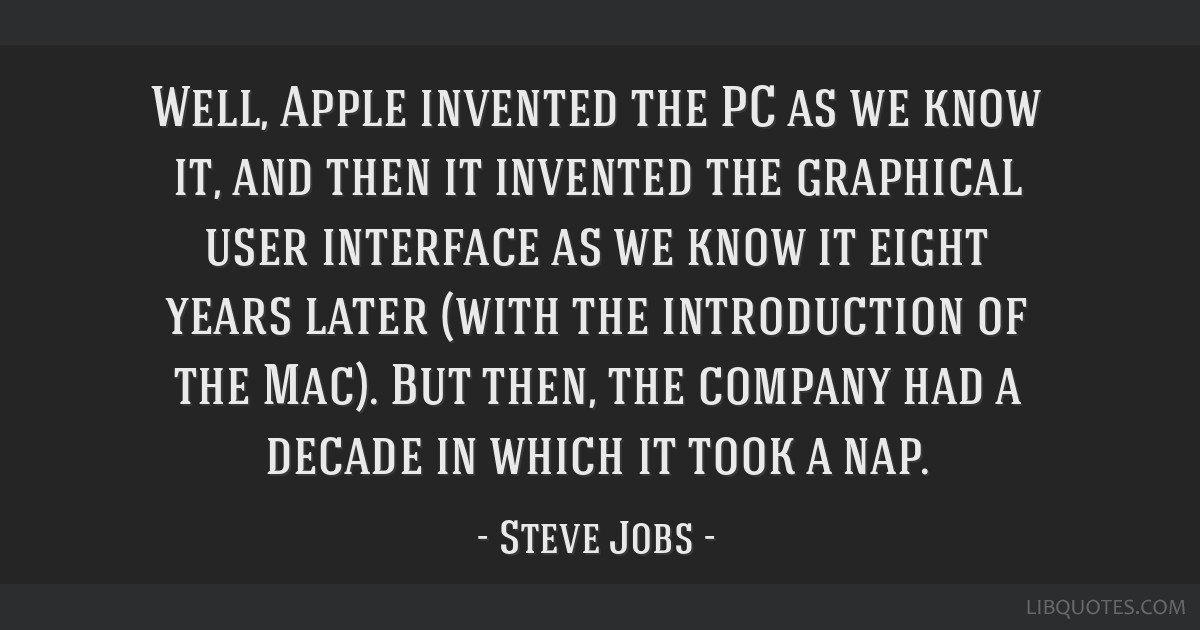 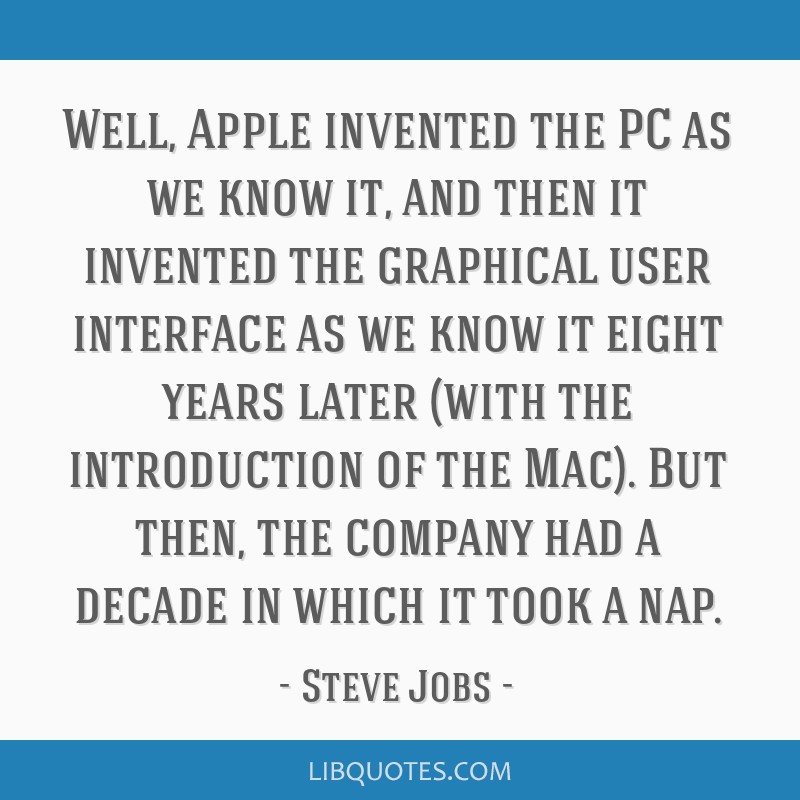 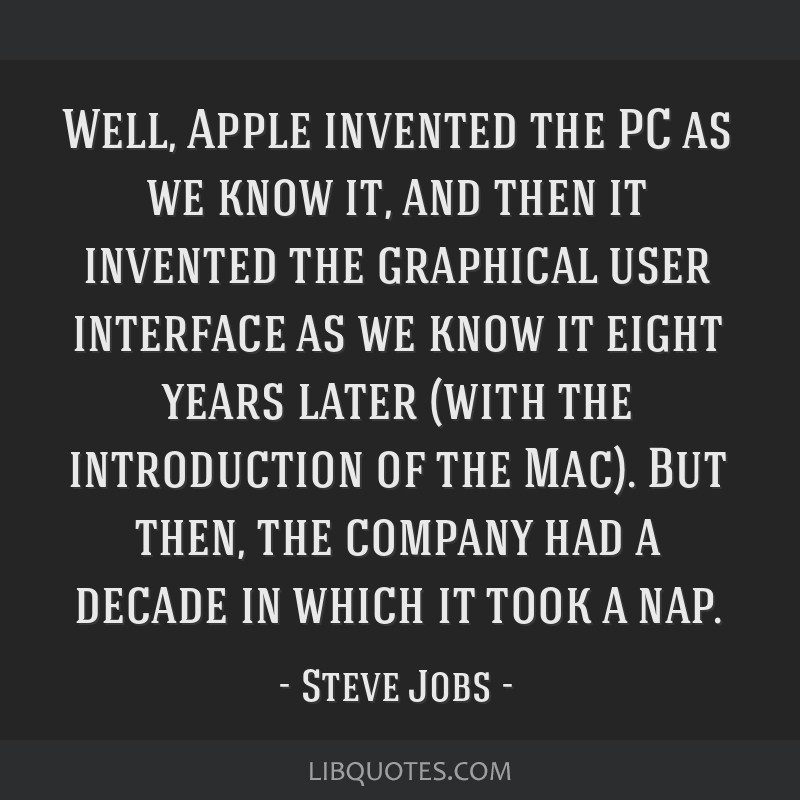 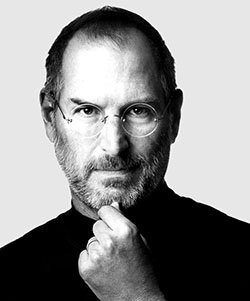