'I'm getting paid 10p per copy of every album I'm selling and they're (EMI) selling it for 15 quid. That's outrageous but it's quite typical.

A love of books, of holding a book, turning its pages, looking at its pictures, and living its fascinating stories goes hand-in-hand with a love of learning.
Laura Bush 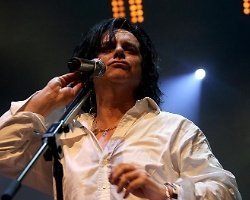 Creative Commons
Born: May 14, 1959 (age 61)
Bio: Steve Hogarth, also known as "h", is an English singer-songwriter and musician. Since 1989 he has been the lead vocalist and occasional keyboardist/guitarist with the British rock band Marillion.
Known for: