Civilization slipped into its second dark age on an unsurprising track of blood, but with a speed that could not have been foreseen by even the most pessimistic futurist. It was as if it had been waiting to go. On October 1, God was in His heaven, the stock market stood at 10,140, and most of the planes were on time (except for those landing and taking off in Chicago, and that was to be expected). Two weeks later the skies belonged to the birds again and the stock market was a memory. By Halloween, every major city from New York to Moscow stank to the empty heavens and the world as it had been was a memory. 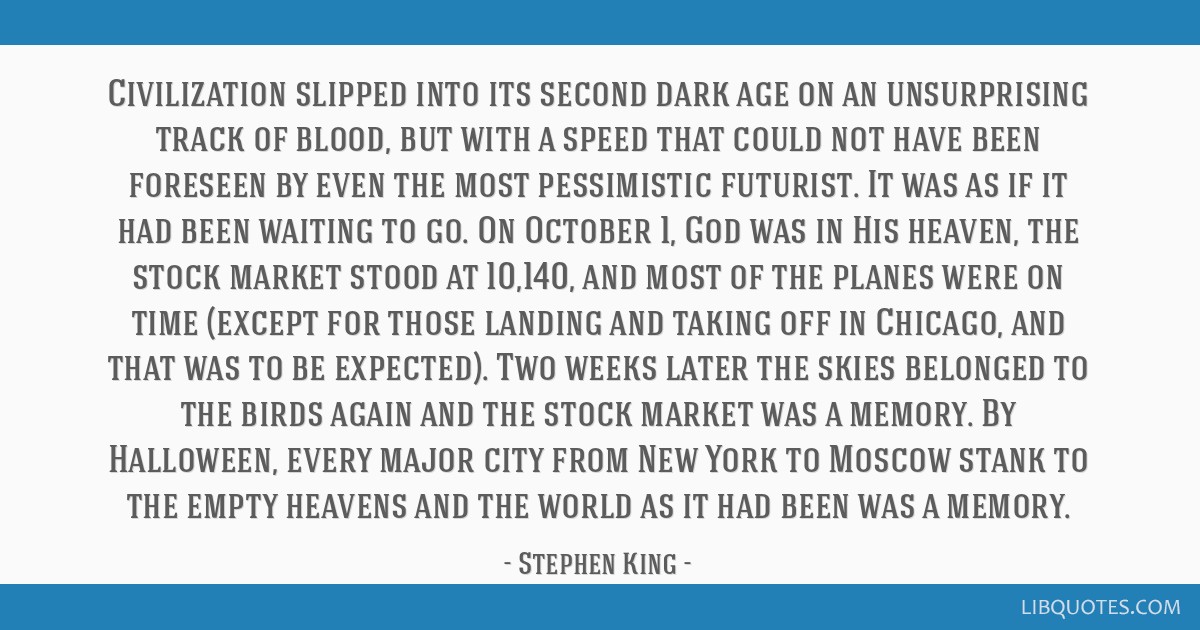 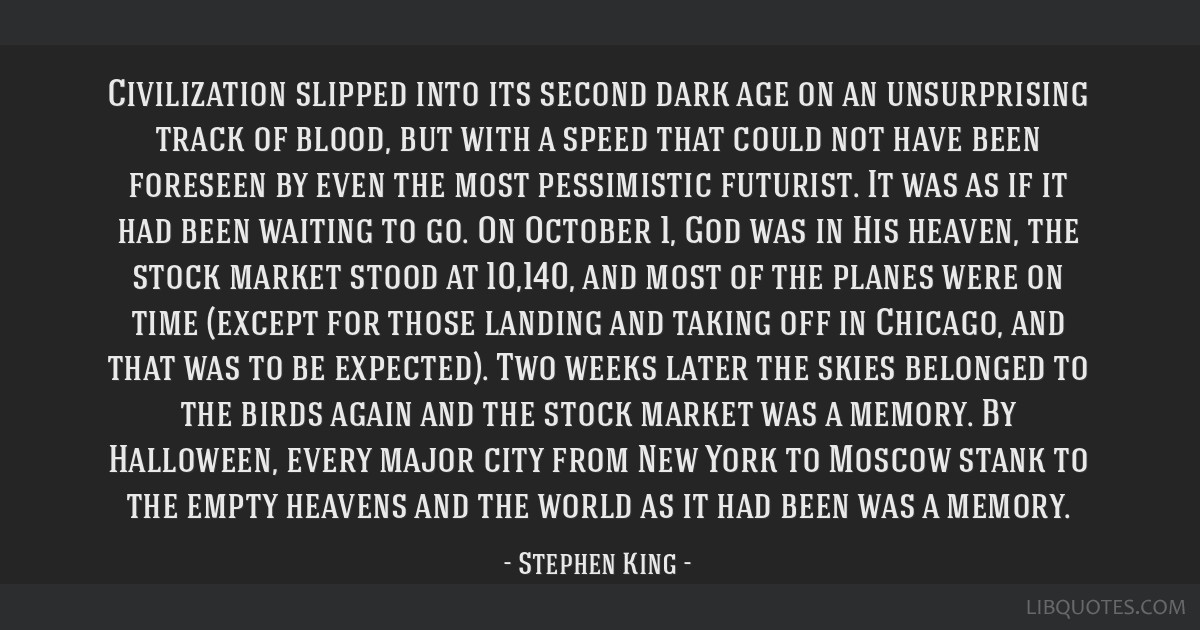 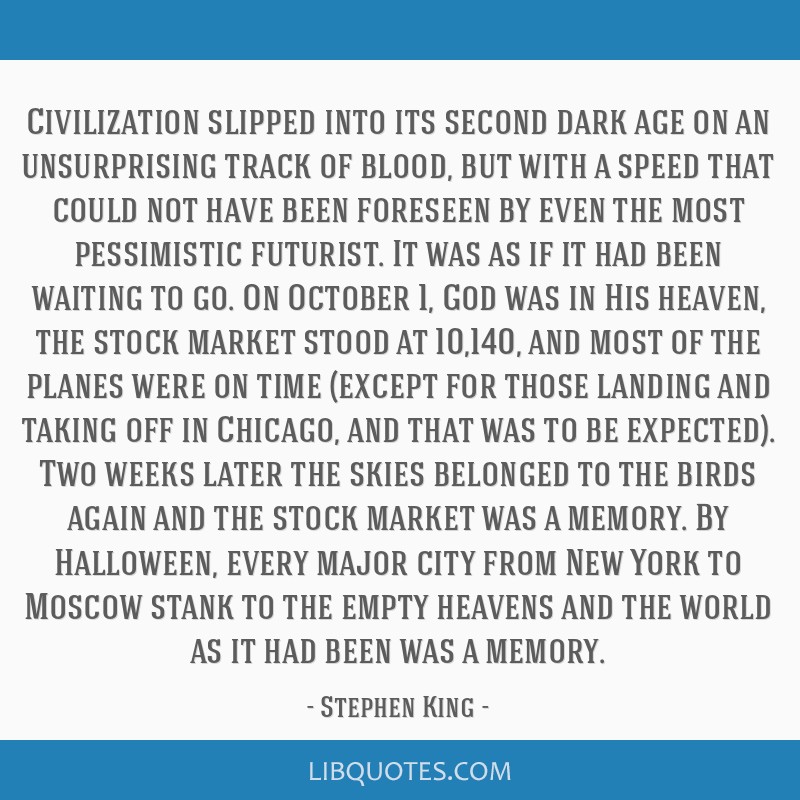 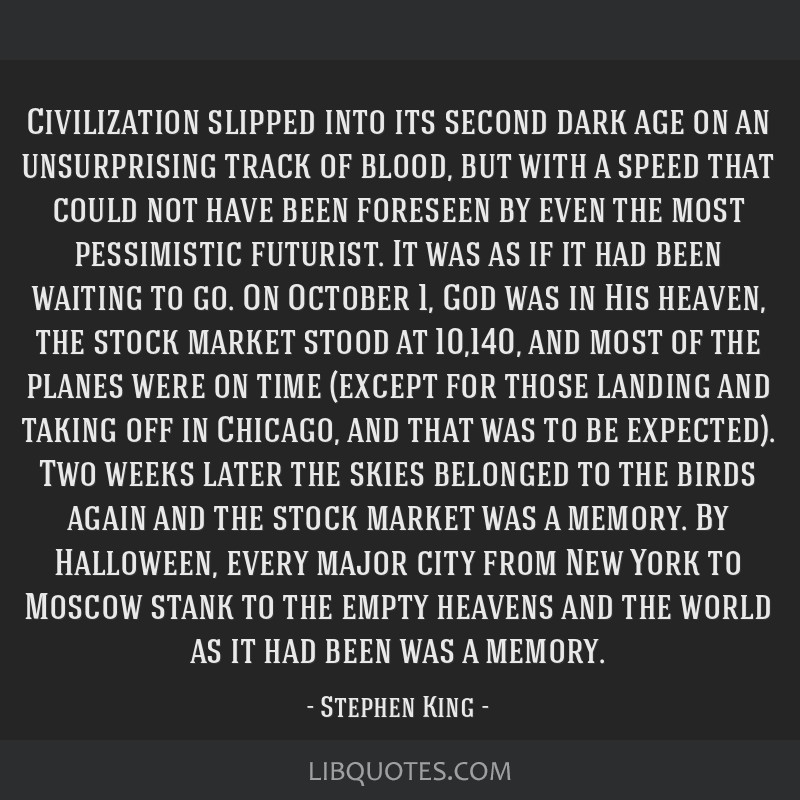 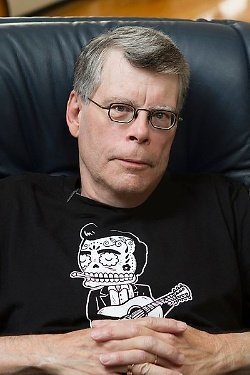