I dream of Jeanie with the light brown hair, Floating, like a vapor, on the soft summer air.

Stephen Foster
The day goes by like a shadow o'er the heart,
With sorrow where all was delight;
The time has come when the darkies have to part:
Then my old Kentucky home, good night!


Stephen Foster
Way down upon the Swanee River,
Far, far, away,
There's where my heart is turning ever;
There's where the old folks stay.


Stephen Foster
Beautiful dreamer, wake unto me,
Starlight and dewdrops are waiting for thee;
Sounds of the rude world heard in the day,
Lull'd by the moonlight have all pass'd away.

Stephen Foster
Gone are the days when my heart was young and gay,
Gone are my friends from the cotton fields away,
Gone from the earth to a better land I know,
I hear their gentle voices calling "Old Black Joe."

Stephen Foster
The head must bow, and the back will have to bend,
Wherever the darkey may go;
A few more days, and the trouble all will end,
In the field where the sugar-canes grow.
A few more days for to tote the weary load,—
No matter, 't will never be light;
A few more days till we totter on the road:—
Then my old Kentucky home, good-night!


Stephen Foster
All up and down the whole creation,
Sadly I roam,
Still longing for the old plantation,
And for the old folks at home.


Stephen Foster
All the world is sad and dreary
Everywhere I roam,
Oh! darkies, how my heart grows weary,
Far from the old folks at home. 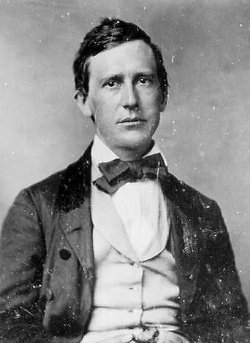