When Hitler declared war on the United States, he was betting that German soldiers, raised up in the Hitler Youth, would always out fight American soldiers, brought up in the Boy Scouts. He lost that bet. The Boy Scouts had been taught how to figure their way out of their own problems. 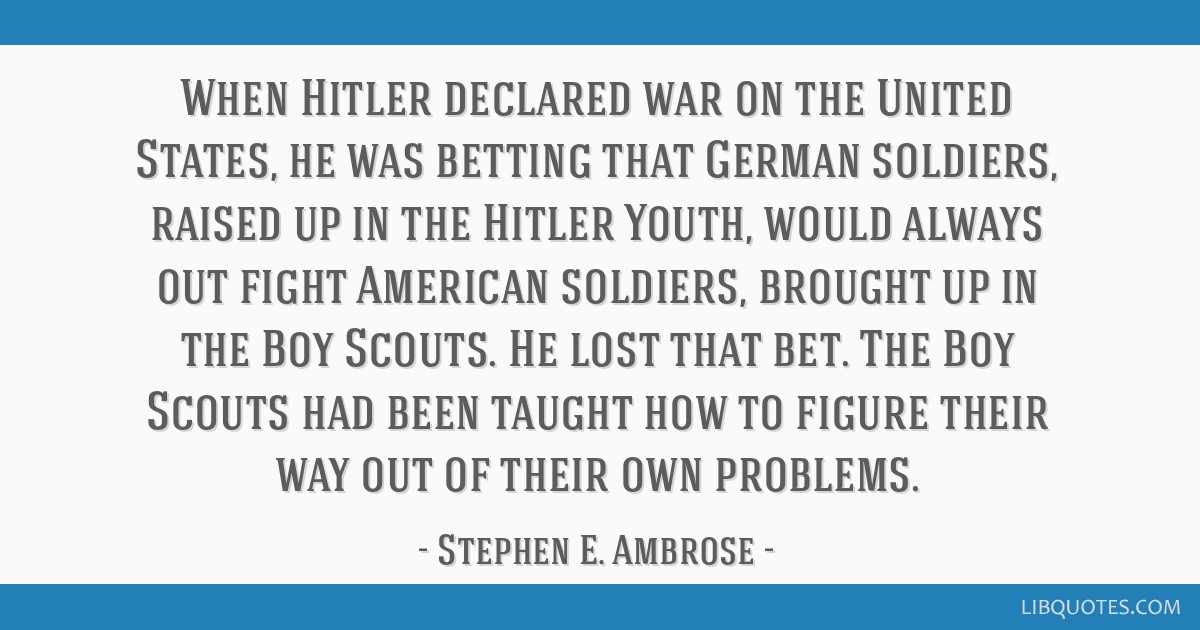 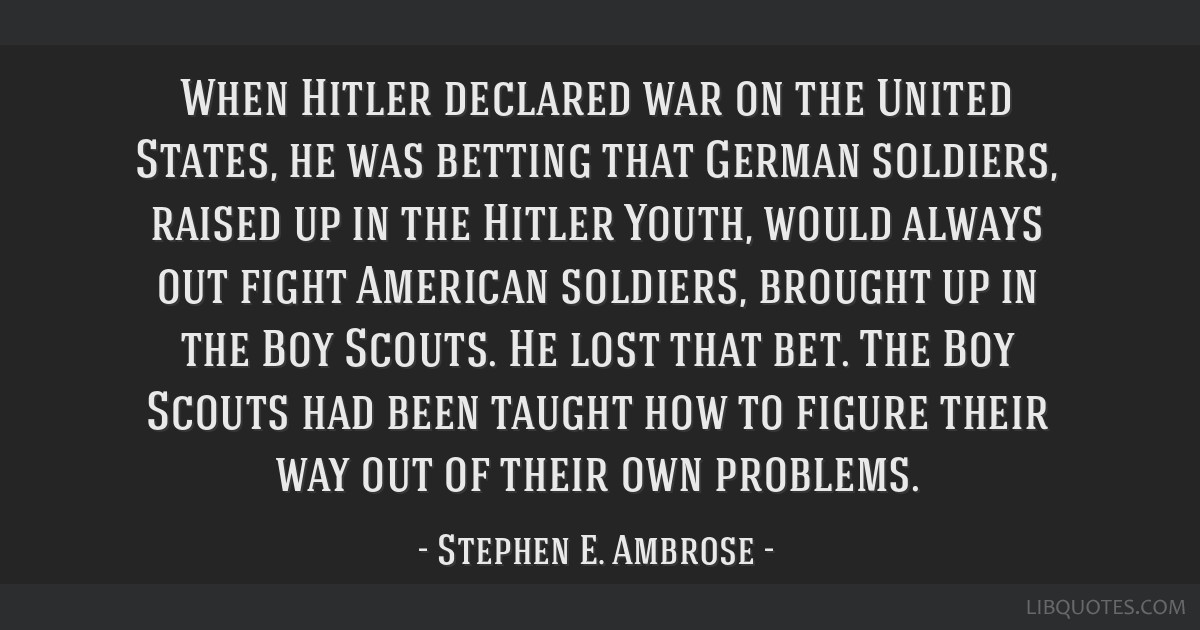 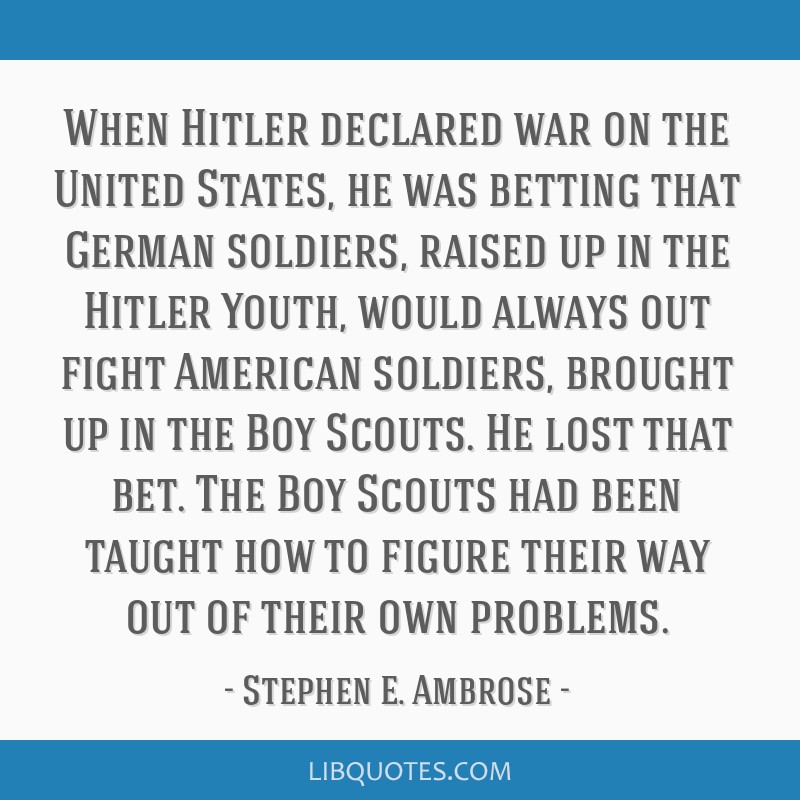 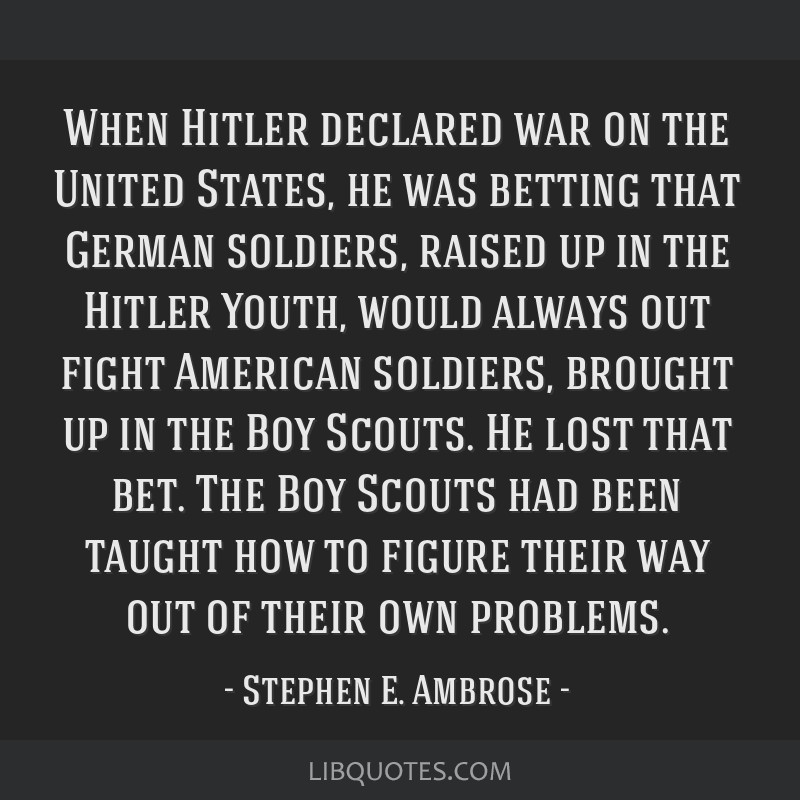 It is a misfortune that necessity has induced men to accord greater license to this formidable engine, in order to obtain liberty, than can be borne with less important objects in view; for the press, like fire, is an excellent servant, but a terrible master.
James Fenimore Cooper 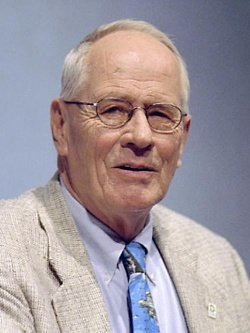