I cannot rival Lloyd George at that sort of speech—full of clever thrusts, innuendos, malicious half-truths. To Lloyd George and Winston [Churchill] it is all part of a game; as for me, I cannot make speeches which are sheer and mere dialectic... If I had made the sort of speech about Lloyd George that I could have made it would be a cruel attack on an old man and it would have done no good. All through his career, except during the War, he has done no end of harm, and his Versailles peace was iniquitous and his conduct after the peace execrable. 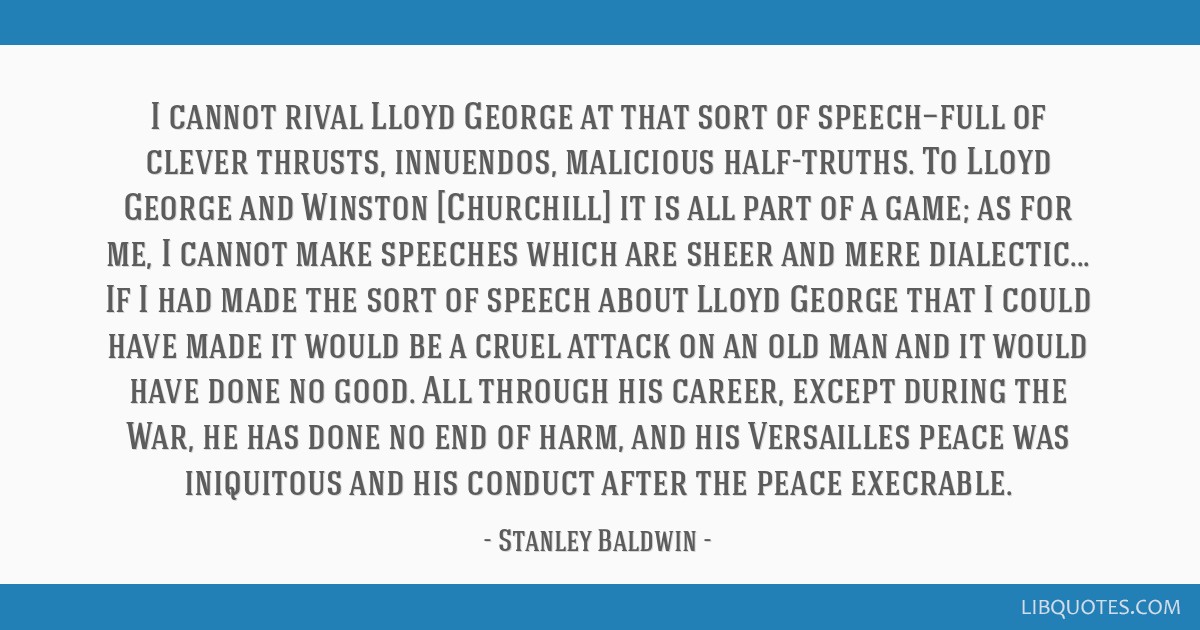 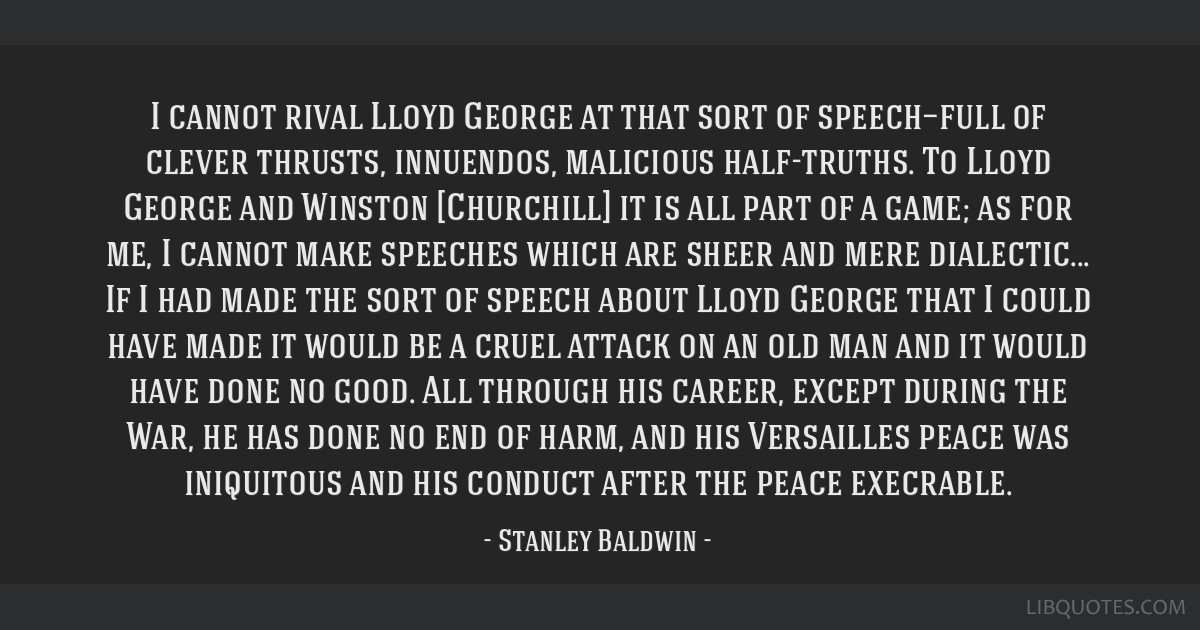 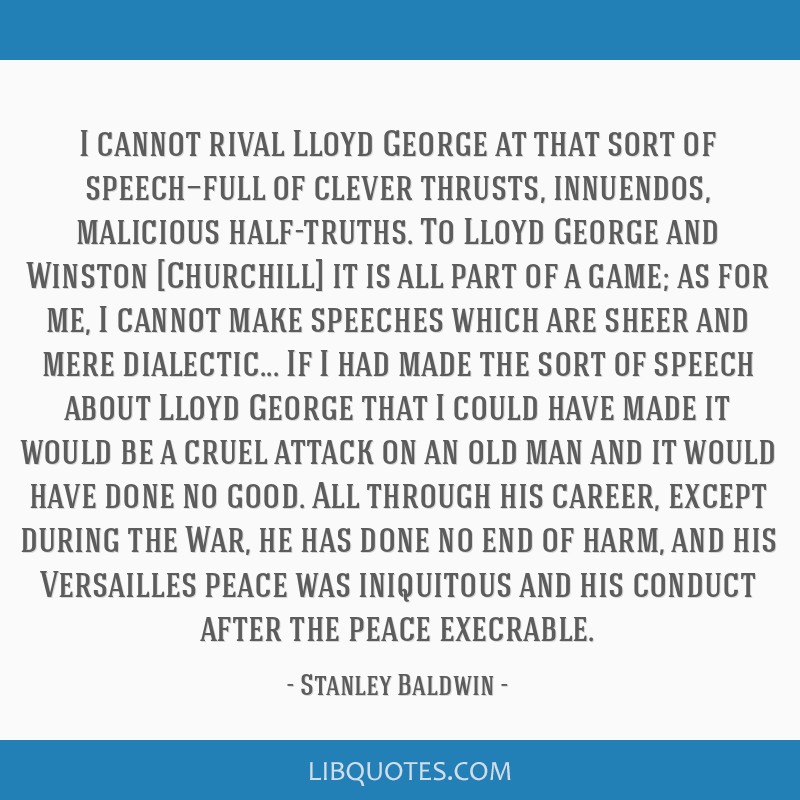 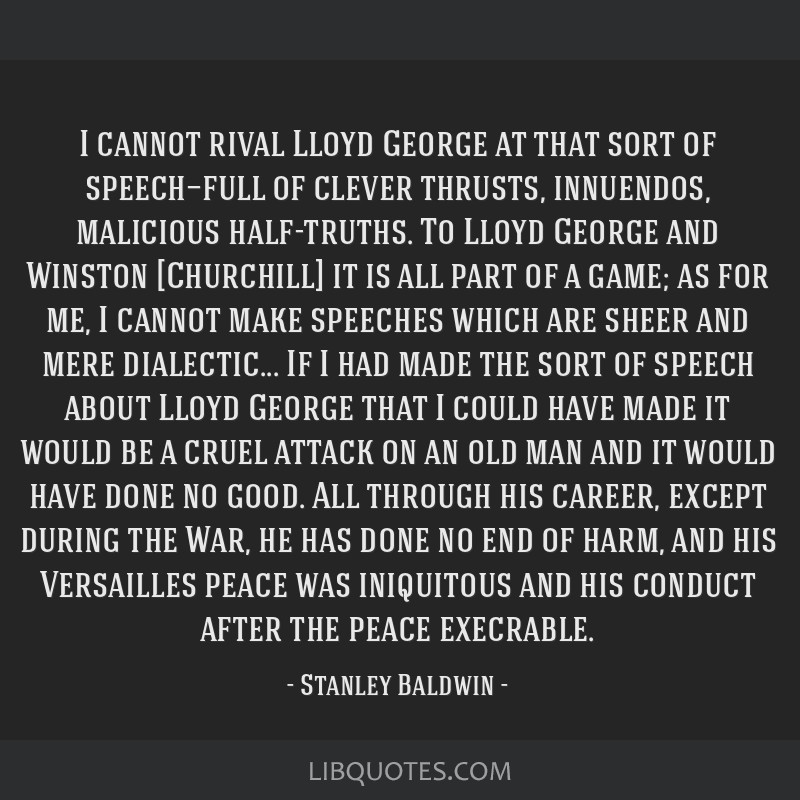 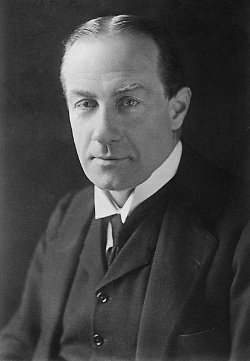