... let a man be of good cheer about his soul, who has cast away the pleasures and ornaments of the body as alien to him, and rather hurtful in their effects, and has followed after the pleasures of knowledge in this life; who has adorned the soul in her own proper jewels, which are temperance, and justice, and courage, and nobility, and truth—in these arrayed she is ready to go on her journey to the world below, when her time comes. You, Simmias and Cebes, and all other men, will depart at some time or other. Me already, as the tragic poet would say, the voice of fate calls. 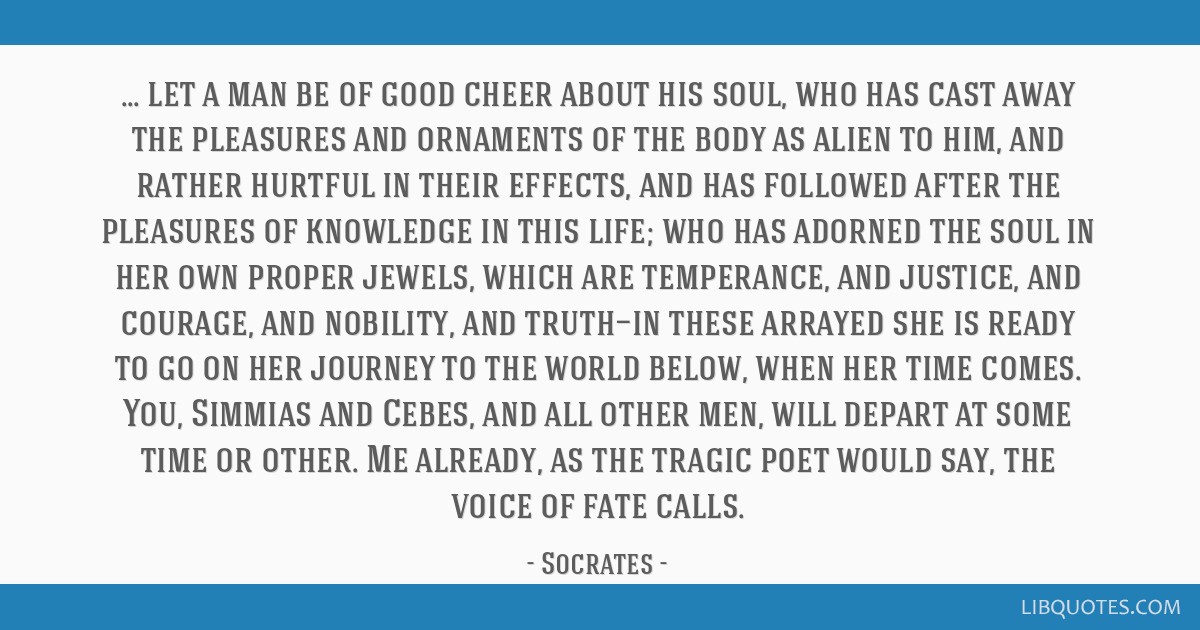 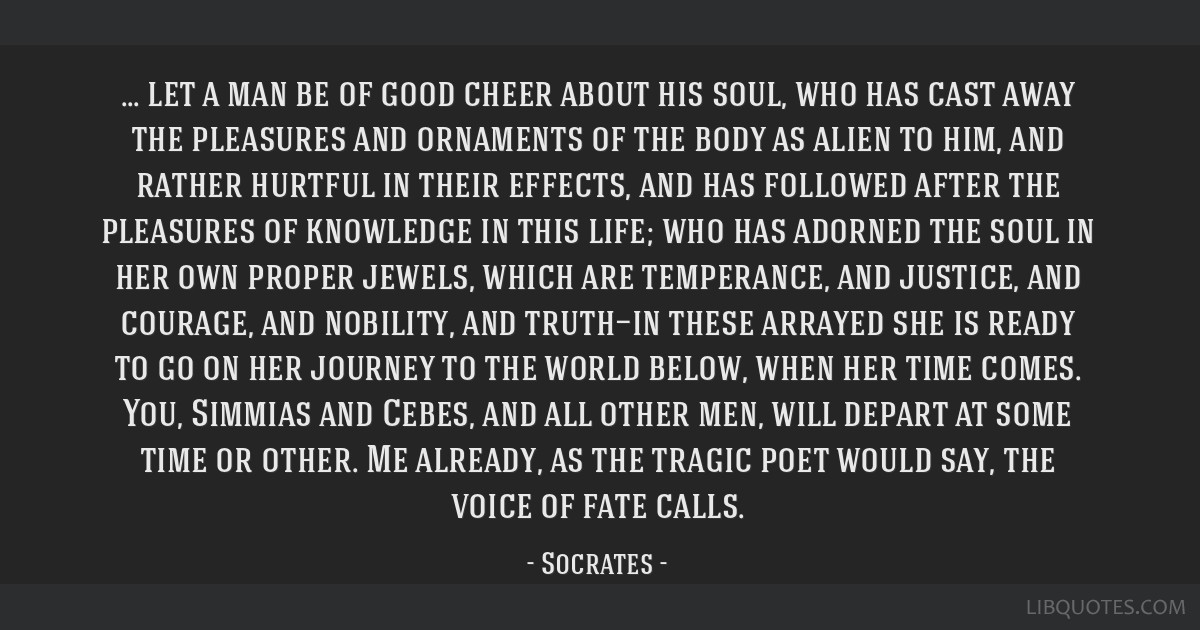 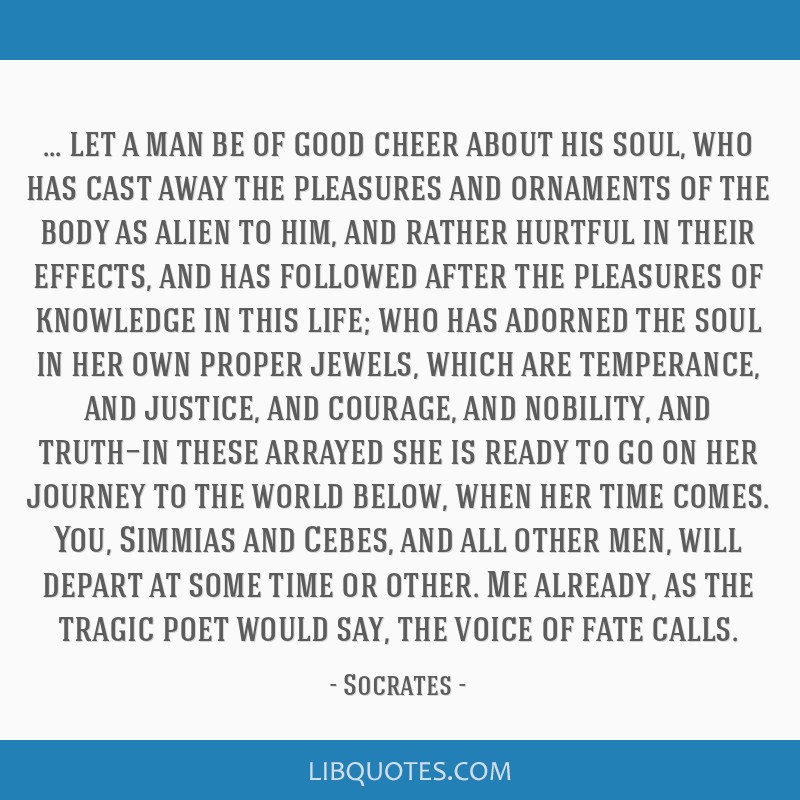 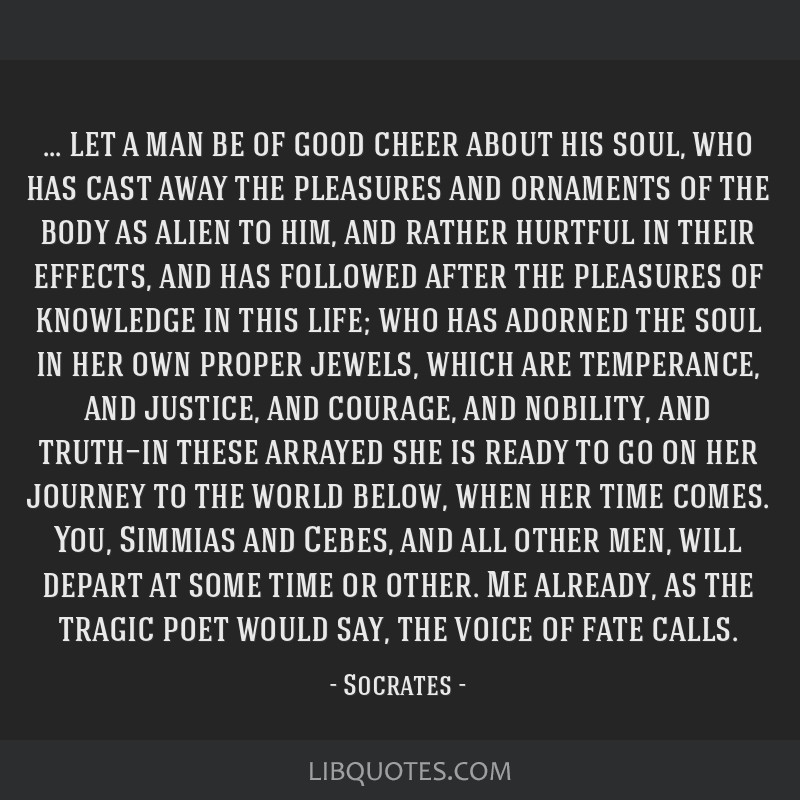 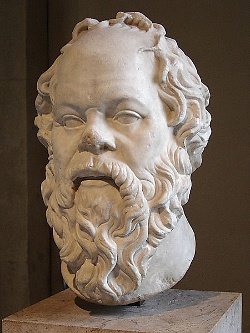