He was an actor of genius. There was no more overwhelming actor on the stage, in the motion pictures, nor even in the pulpit. He would whirl arms, bang tables, glare from mad eyes, vomit Biblical wrath from a gaping mouth; but he would also coo like a nursing mother, beseech like an aching lover, and in between tricks would coldly and almost contemptuously jab his crowds with figures and facts—figures and facts that were inescapable even when, as often happened, they were entirely incorrect. 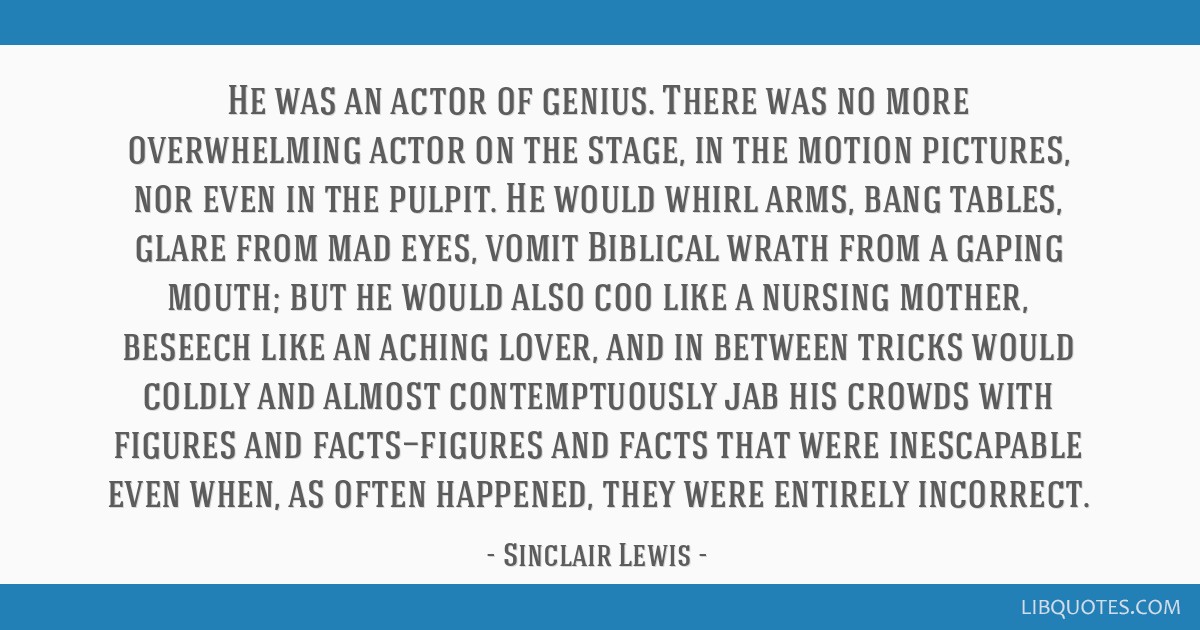 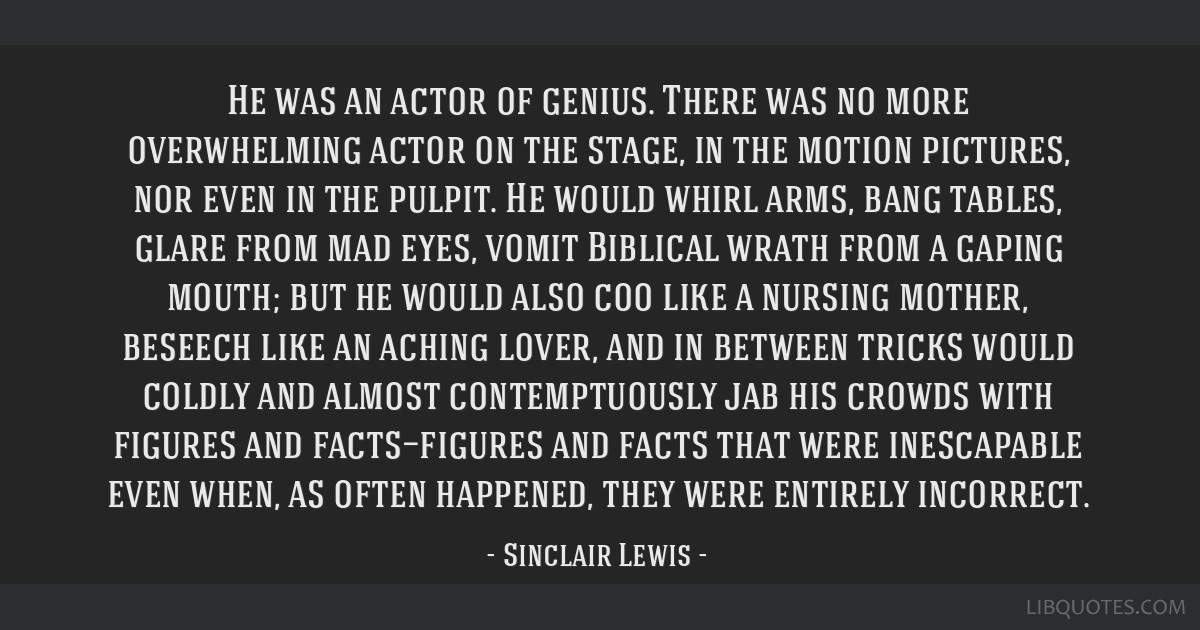 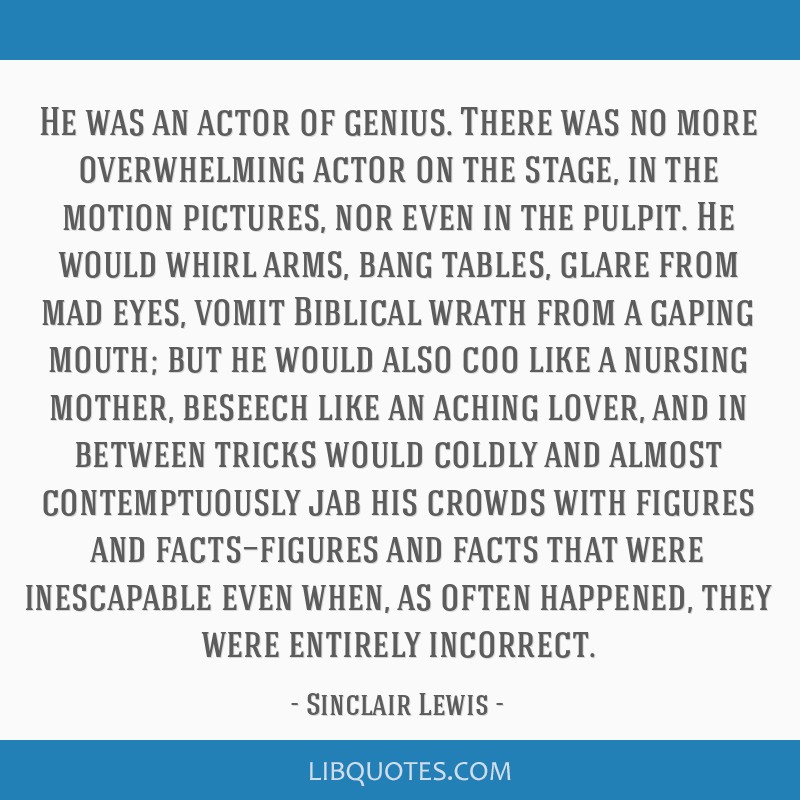 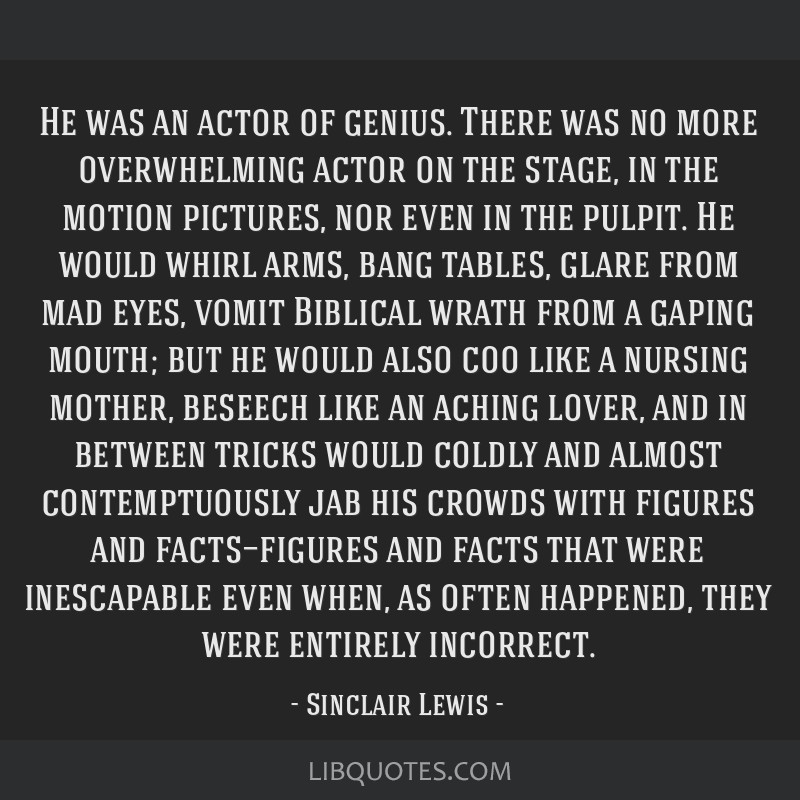