I am making this statement as an act of wilful defiance of military authority, because I believe that the War is being deliberately prolonged by those who have the power to end it.
I am a soldier, convinced that I am acting on behalf of soldiers. I believe that this War, on which I entered as a war of defence and liberation, has now become a war of aggression and conquest. 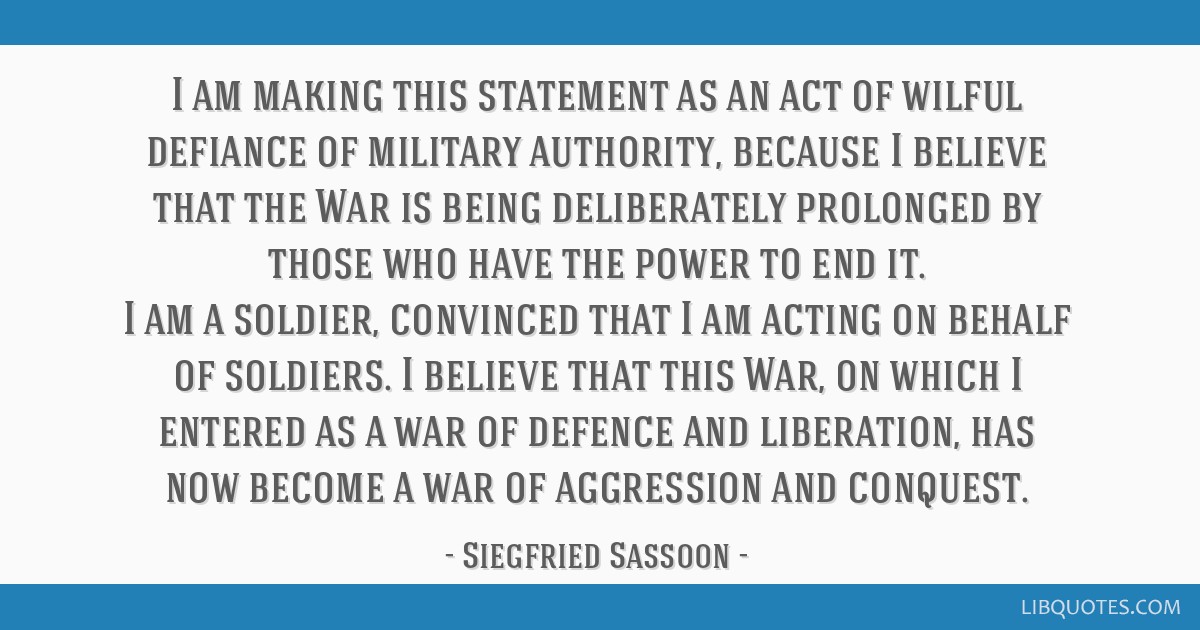 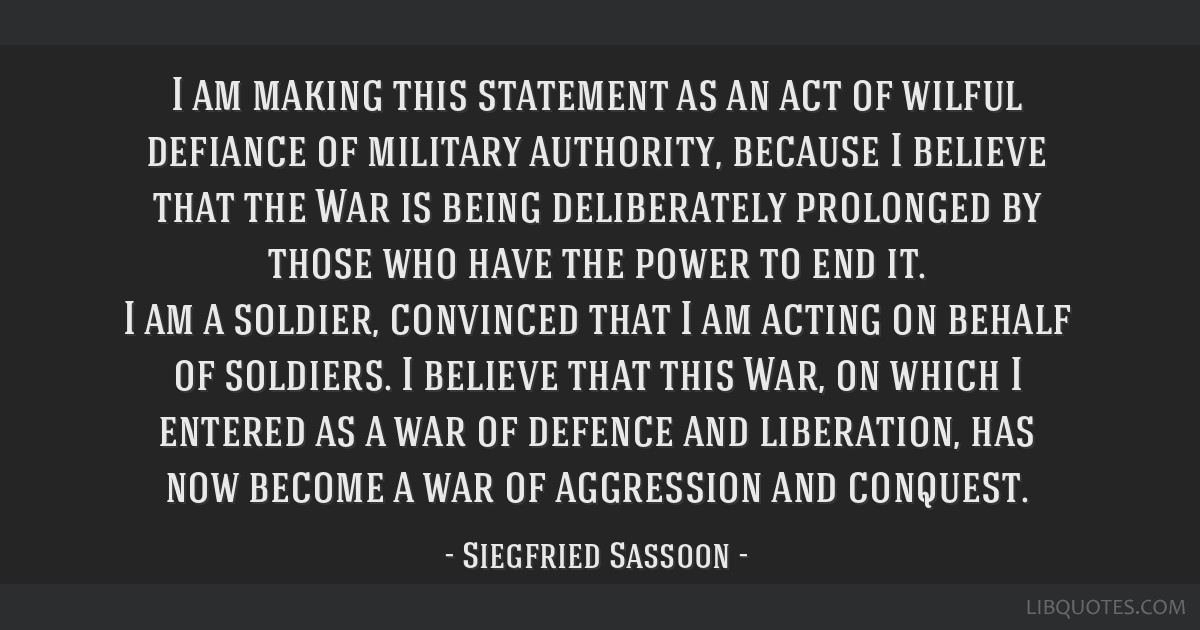 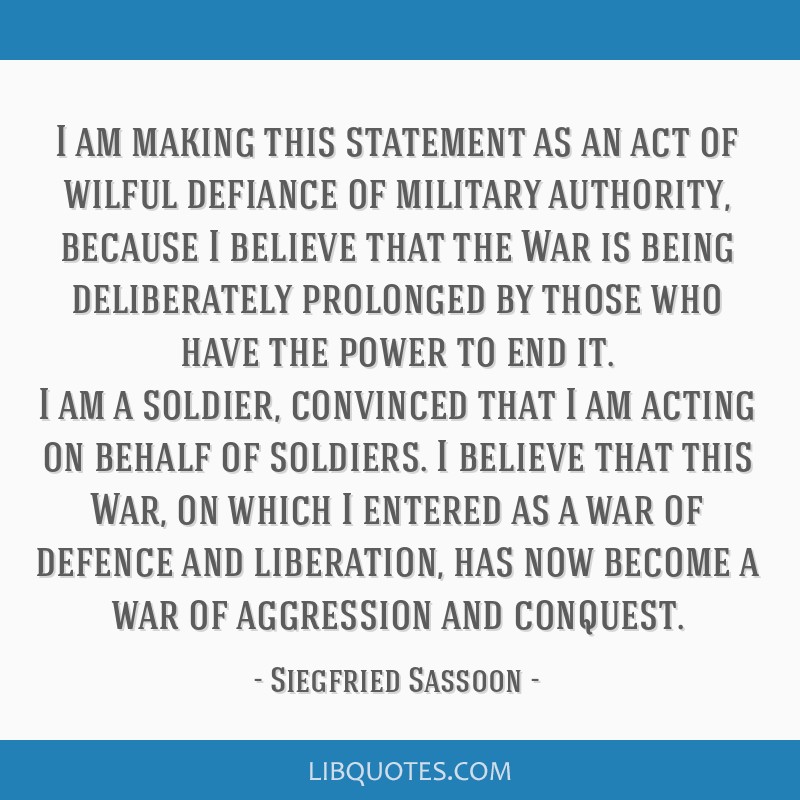 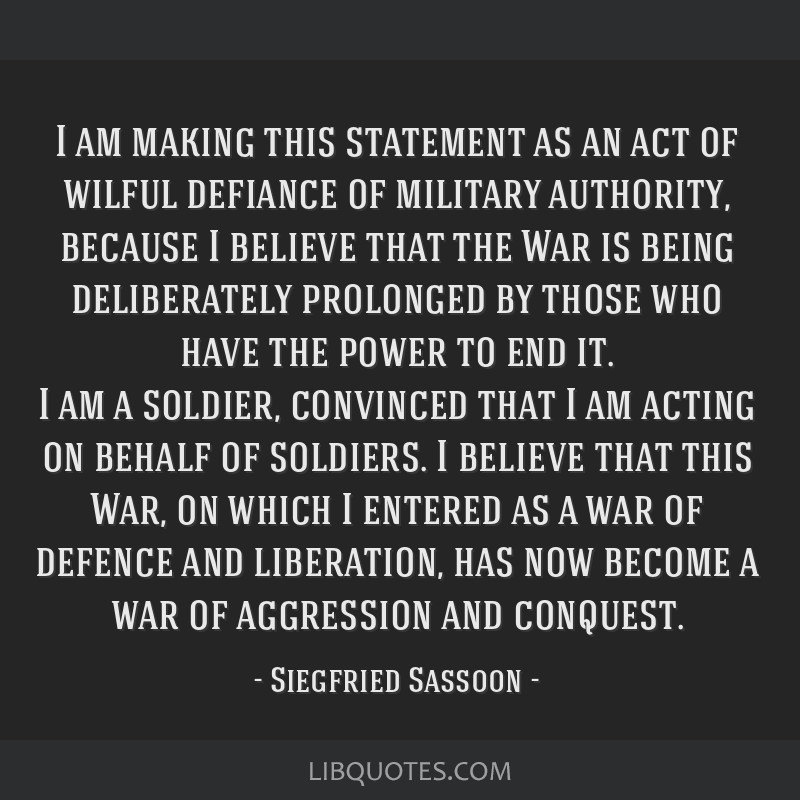 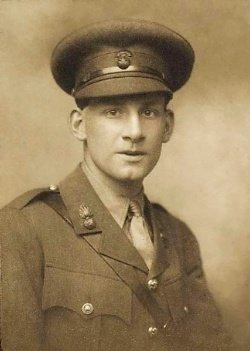