Jon Ralston: So you're saying if people lose their jobs through no fault of their own, as many have during this recession, Sharron Angle's solution is to cut their unemployment benefits so low so they're somehow gonna go out and find jobs that don't exist? How does that make any sense?
Sharron Angle: There are jobs that do exist. That's what we're saying, is that there are jobs. But those are entry-level jobs. 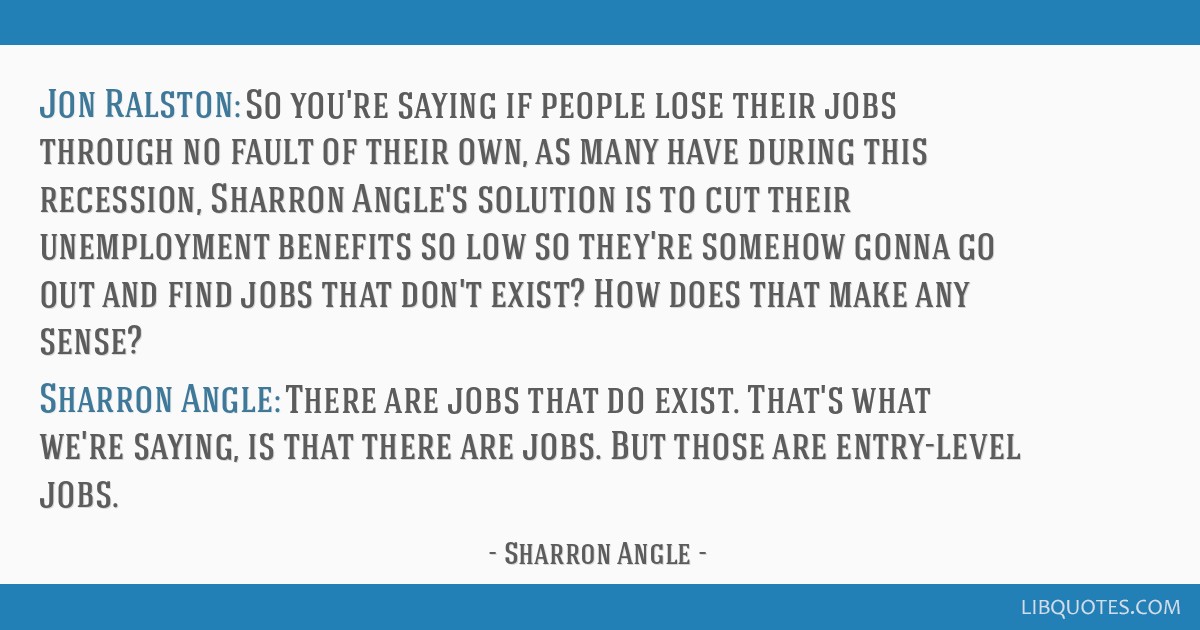 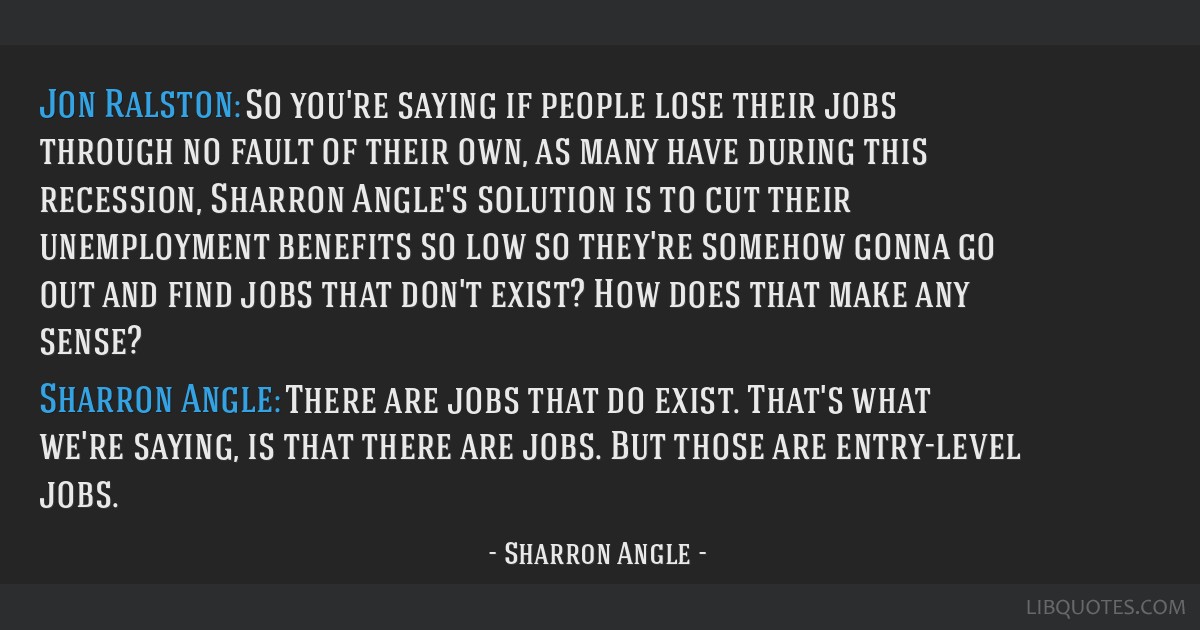 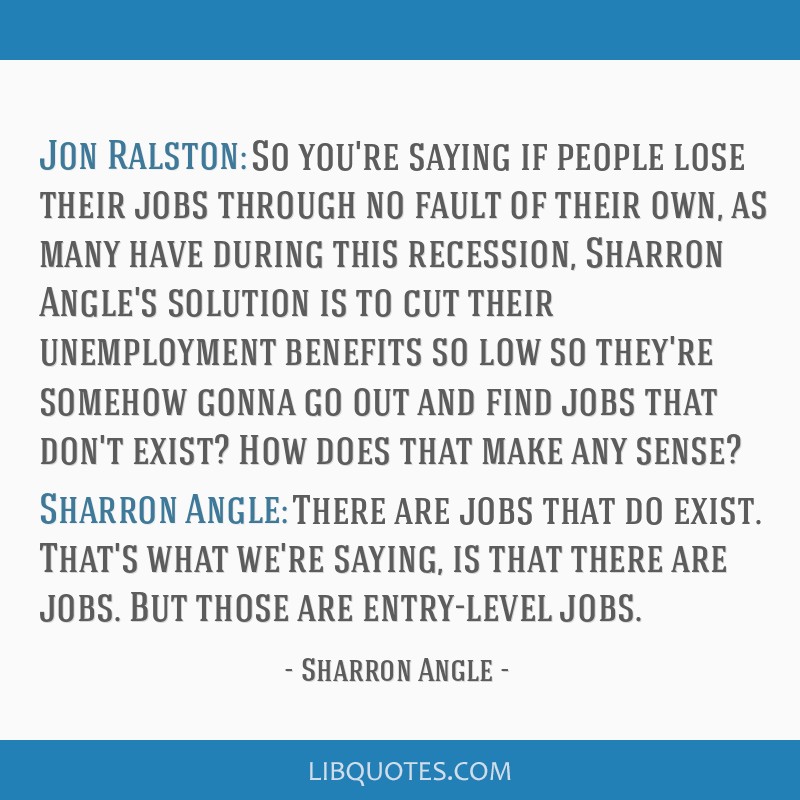 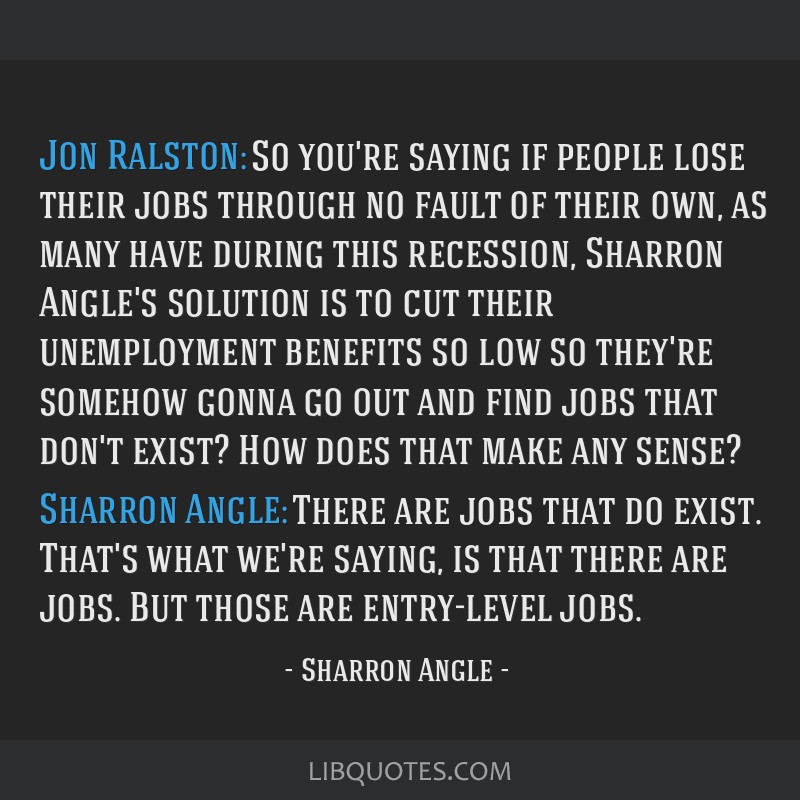 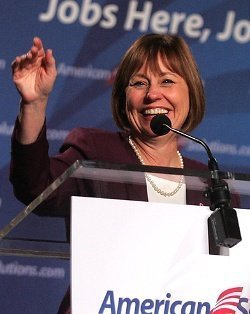