It is always dangerous to the liberties of the people to have an army stationed among them, over which they have no control... The Militia is composed of free Citizens. There is therefore no danger of their making use of their Power to the destruction of their own Rights, or suffering others to invade them. 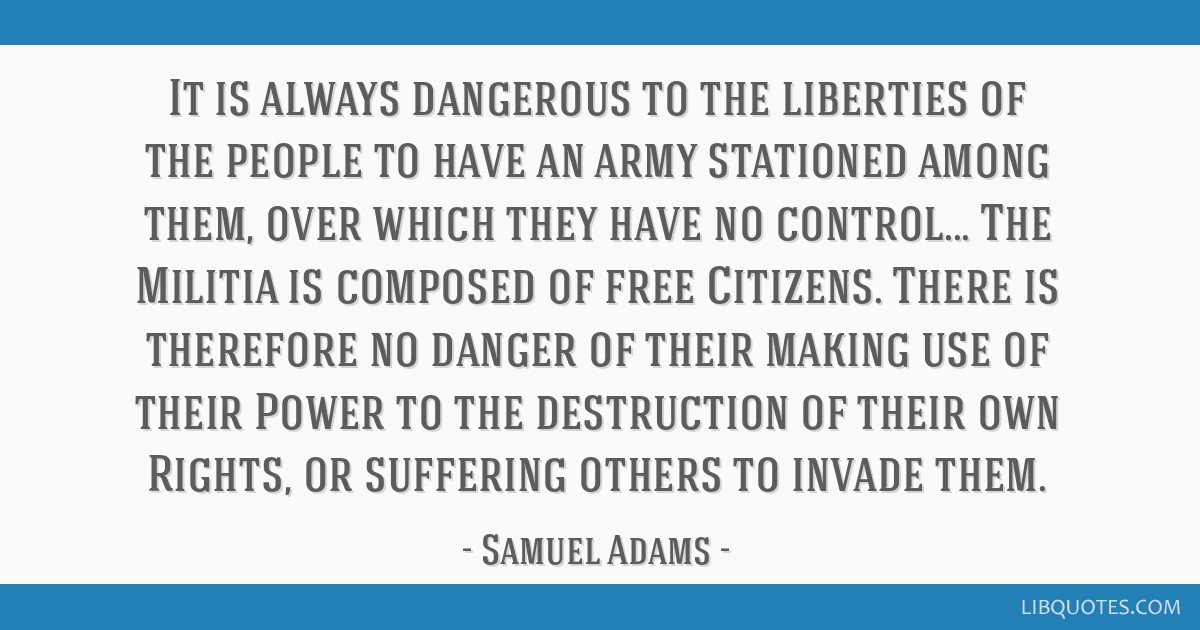 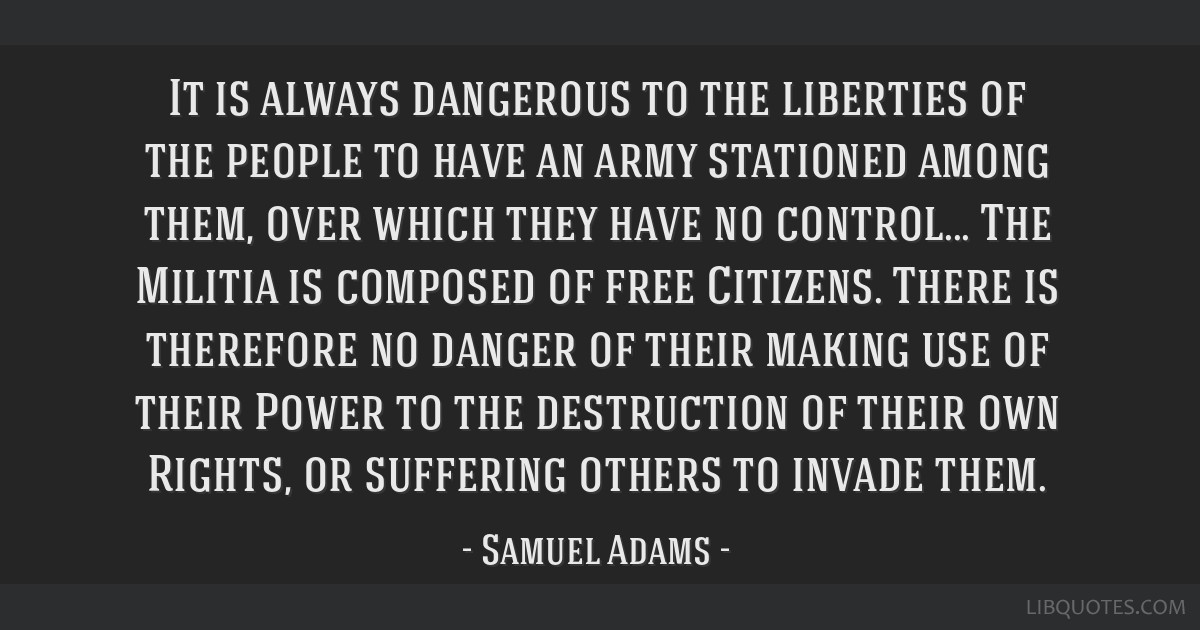 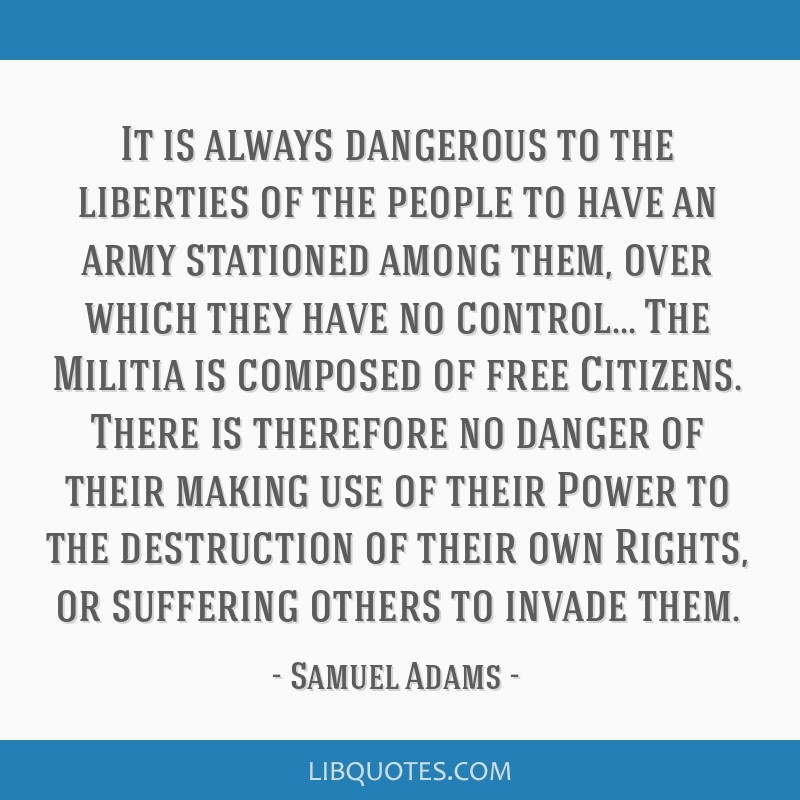 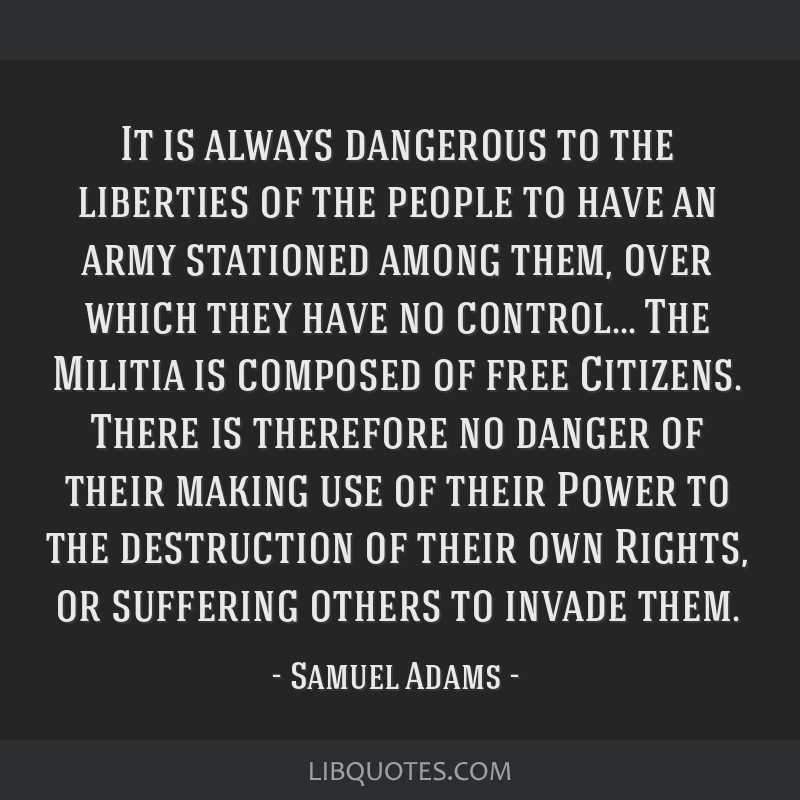