Another longstanding foreign policy flaw is the degree to which special interests dictate the way in which the "national interest" as a whole is defined and pursued.... America's important historic relationship with Israel has often led foreign policy decision-makers to defer reflexively to Israeli security assessments, and to replicate Israeli tactics, which, as the war in Lebanon last summer demonstrated, can turn out to be counter-productive. 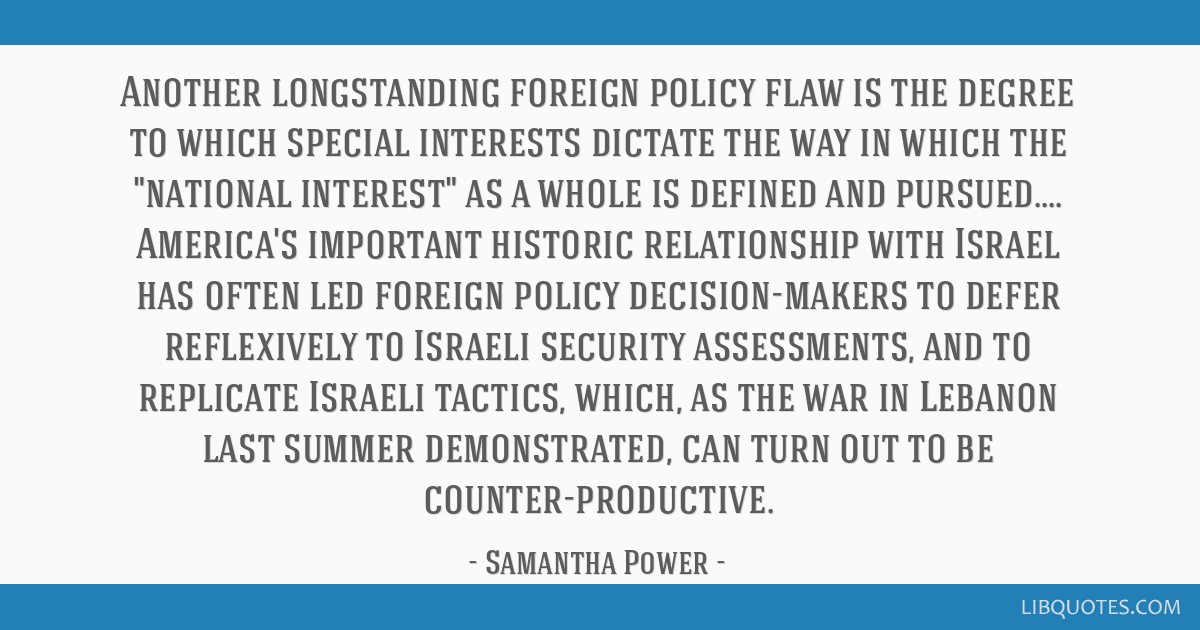 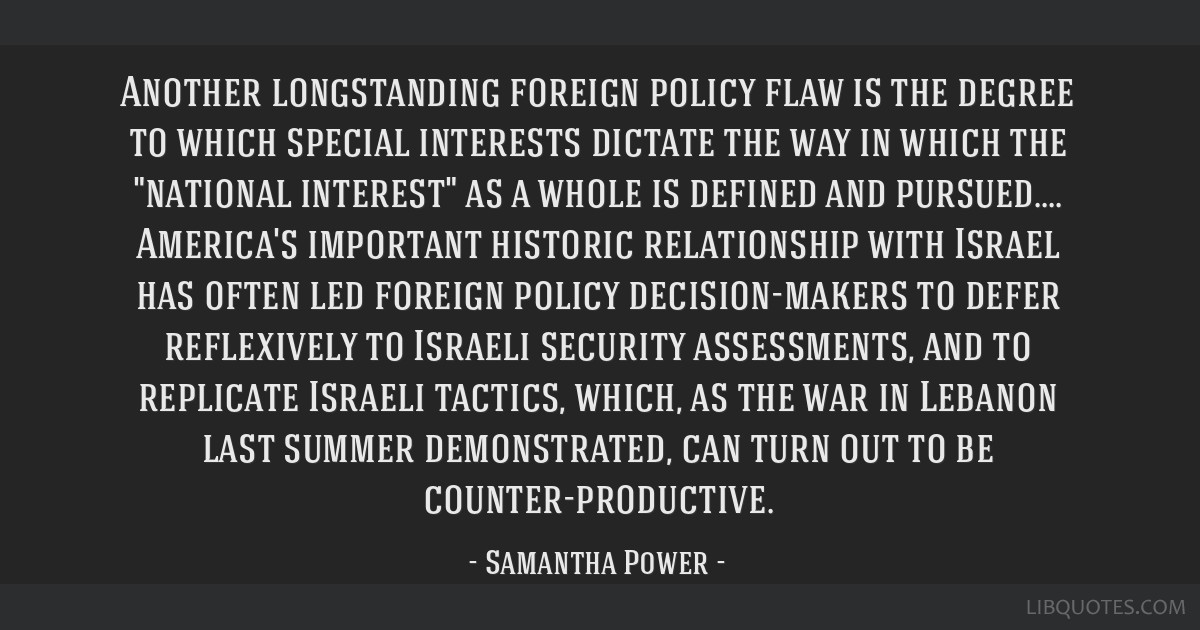 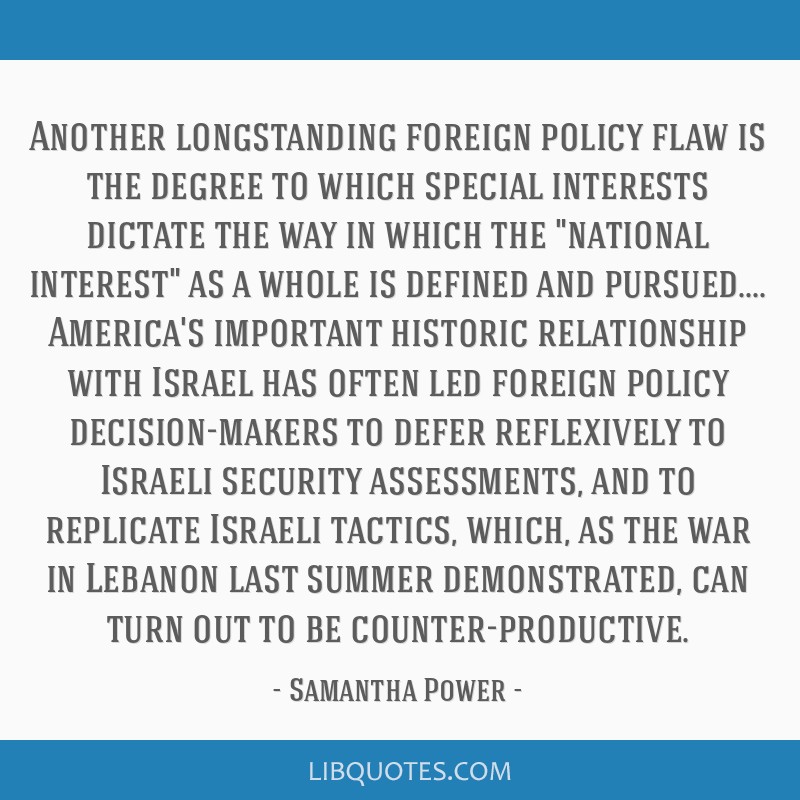 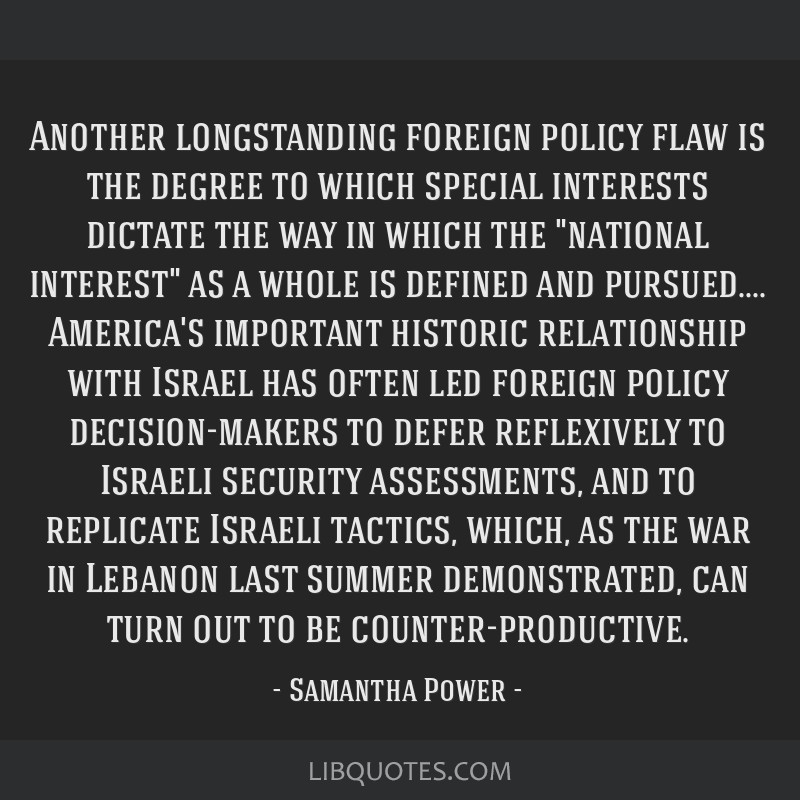 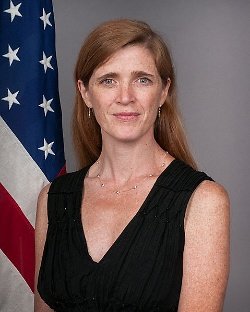