But what do you think would happen if we had burned a copy of the Koran on tonight's show? There would be riots in scores of countries. Embassies would fall. In response to our mistreating a book, millions of Muslims would take to the streets, and we would spend the rest of our lives fending off credible threats of murder. But when ISIS crucifies people, buries children alive, and rapes and tortures women by the thousands—all in the name of Islam—the response is a few small demonstrations in Europe and a hashtag. 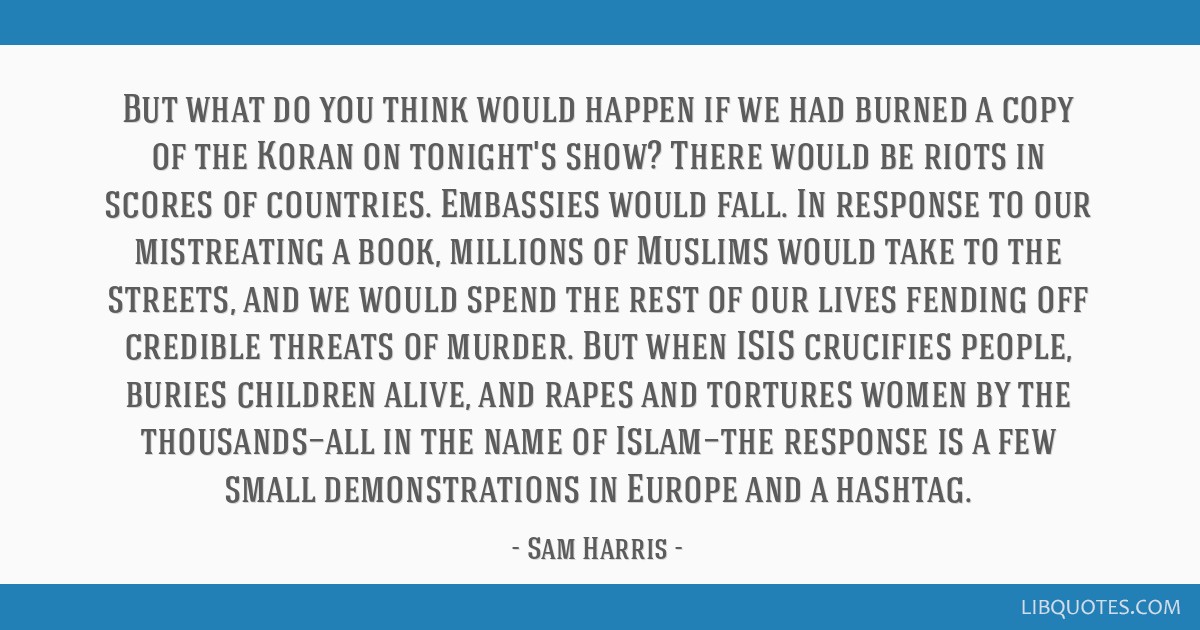 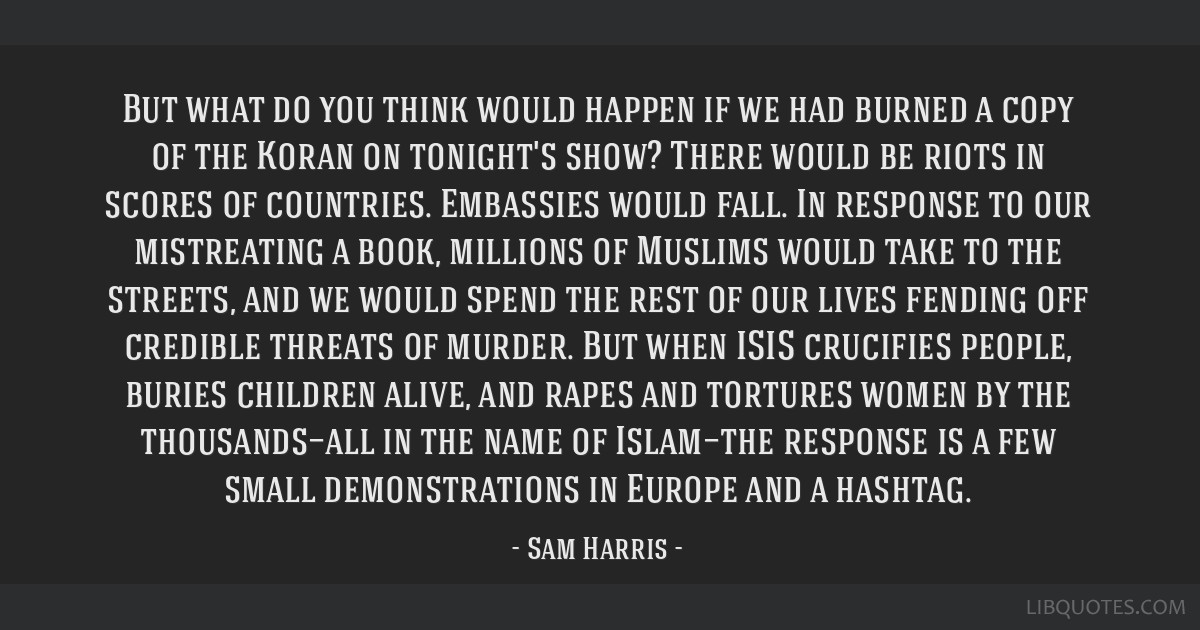 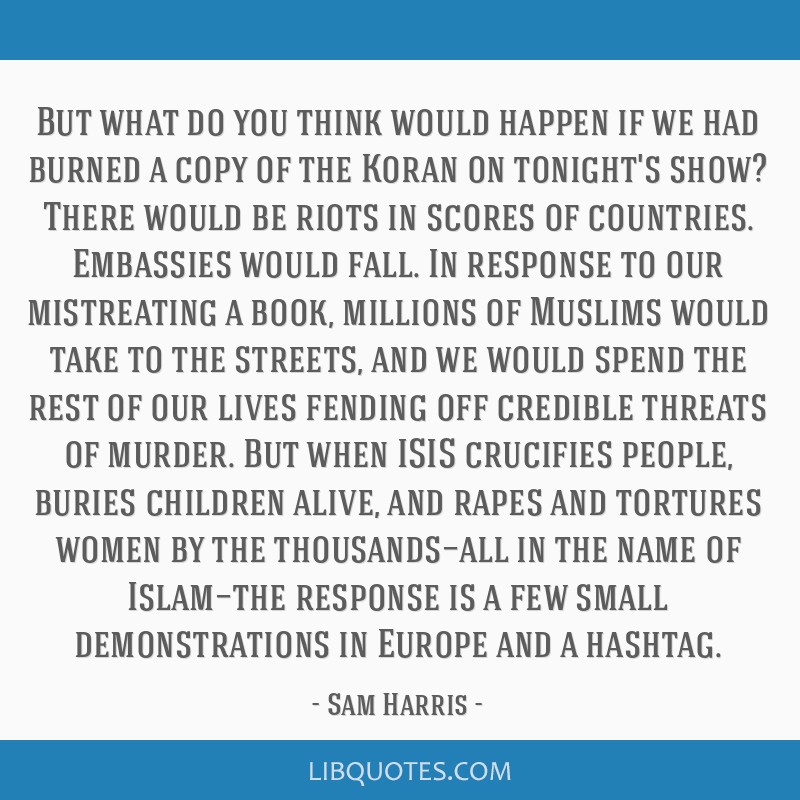 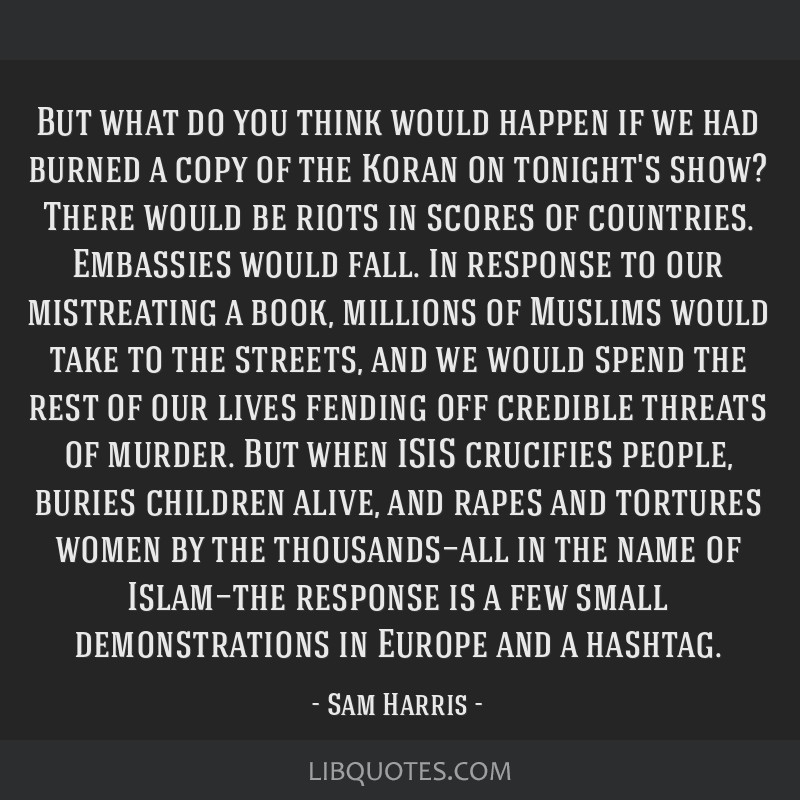 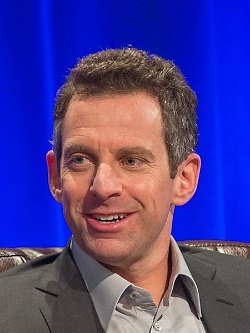