The basic motive behind the hostile position adopted by the new regime in Iran is the desire to expand at the expense of Iraq and the Arab countries in the Arab Gulf region and to interfere in its internal affairs. This has taken on a new cover, which the Iranian responsible officials term as the exportation of revolution to neighbouring countries. You all know that this is the policy of the new rulers of Iran which tries to export what is know as their new revolution and its principles to all Islamic countries. There is no one amongst you who does not know that they are interfering in the internal affairs of all Islamic countries.

Statement of H.E. Mr. Saddam Hussein, President of the Republic of Iraq, on the Iraq-Iranian conflict (1981) 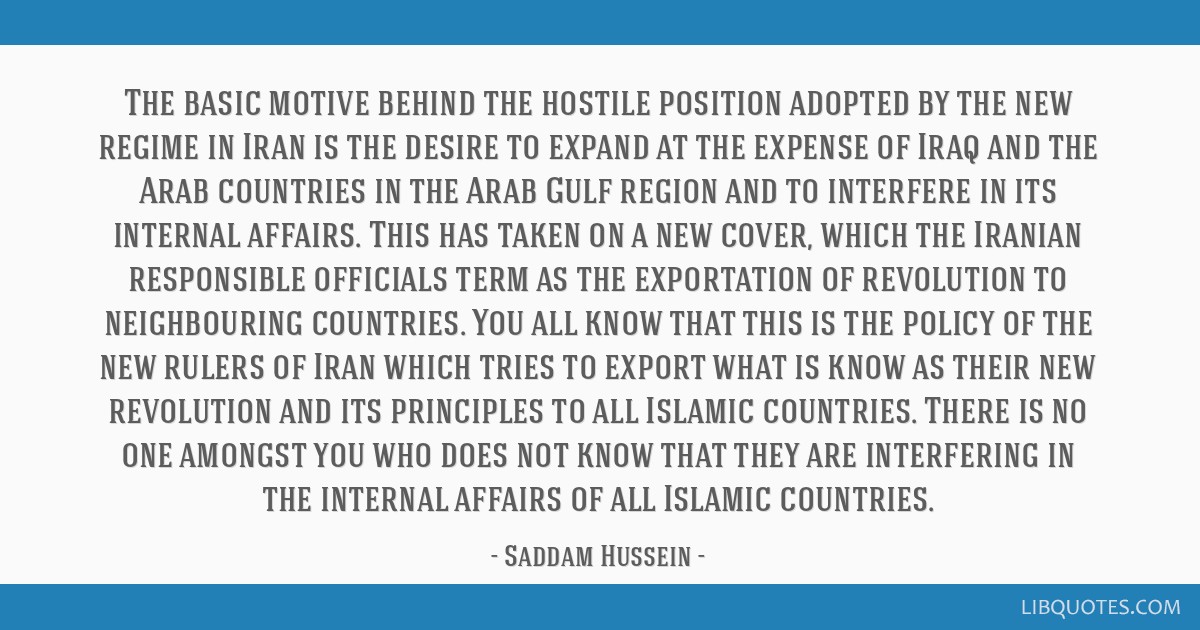 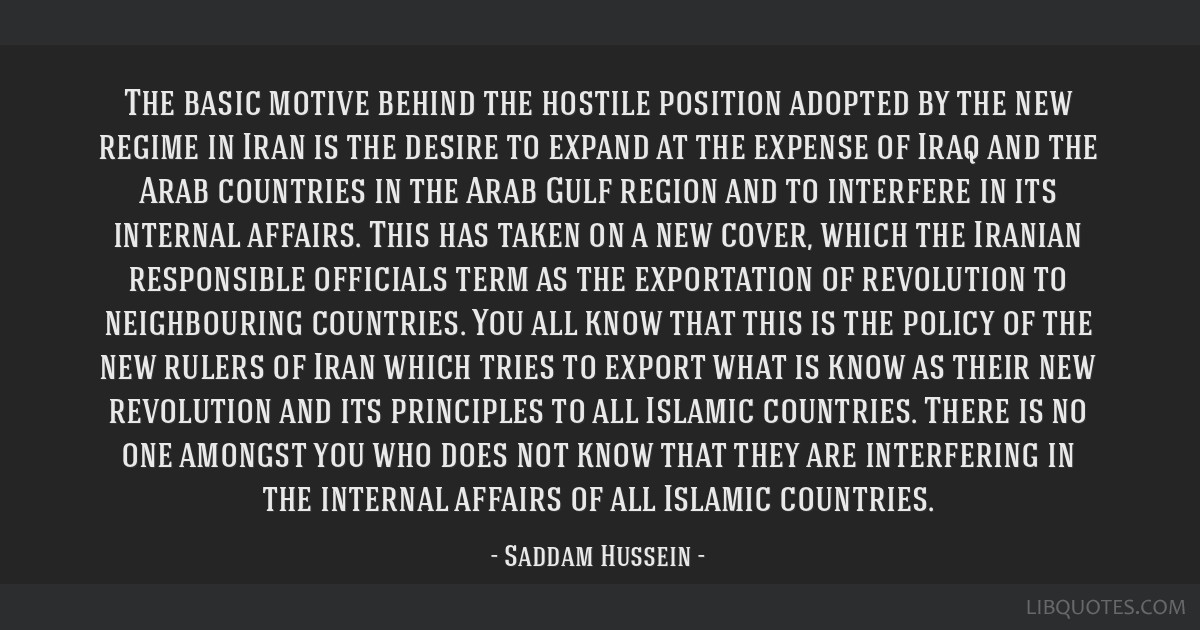 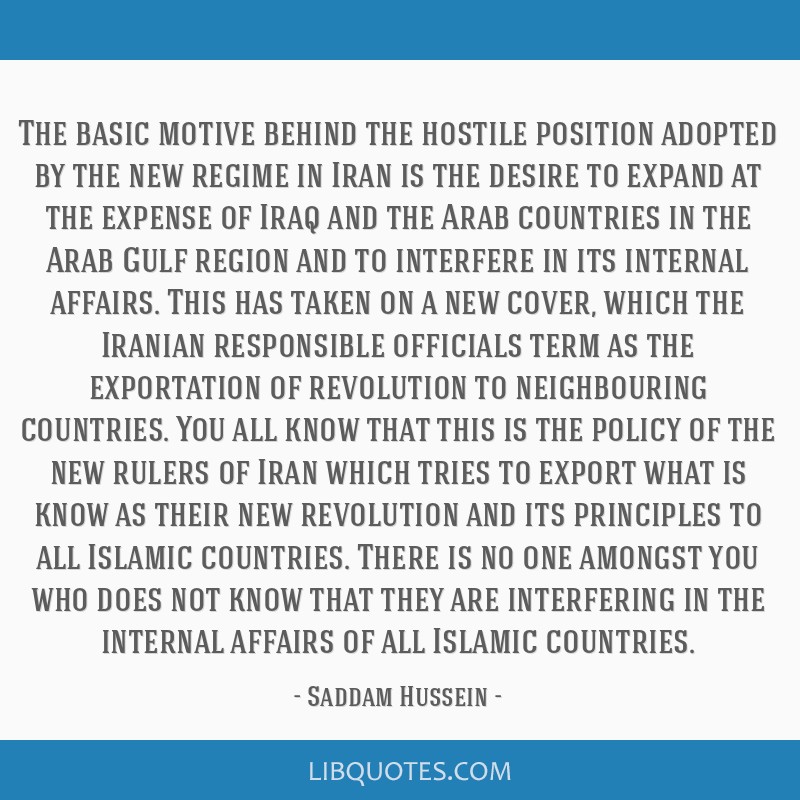 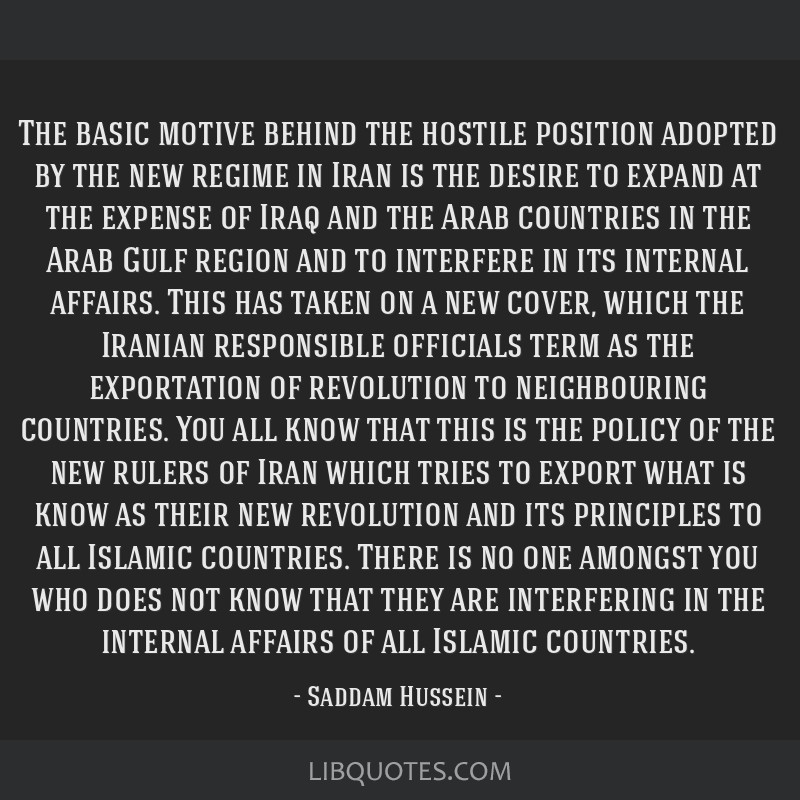 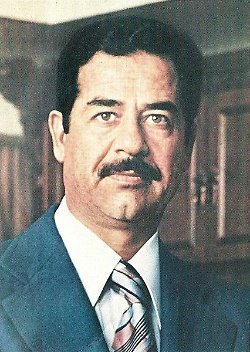