There is a distinction to be drawn between true collectors and accumulators. Collectors are discriminating; accumulators act at random. The Collyer brothers, who died among the tons of newspapers and trash with which they filled every cubic foot of their house so that they could scarcely move, were a classic example of accumulators, but there are many of us whose houses are filled with all manner of things that we "can't bear to throw away.

Life in the slow lane: observations on art, architecture, manners and other such spectator sports (ed. Harpercollins, 1991) 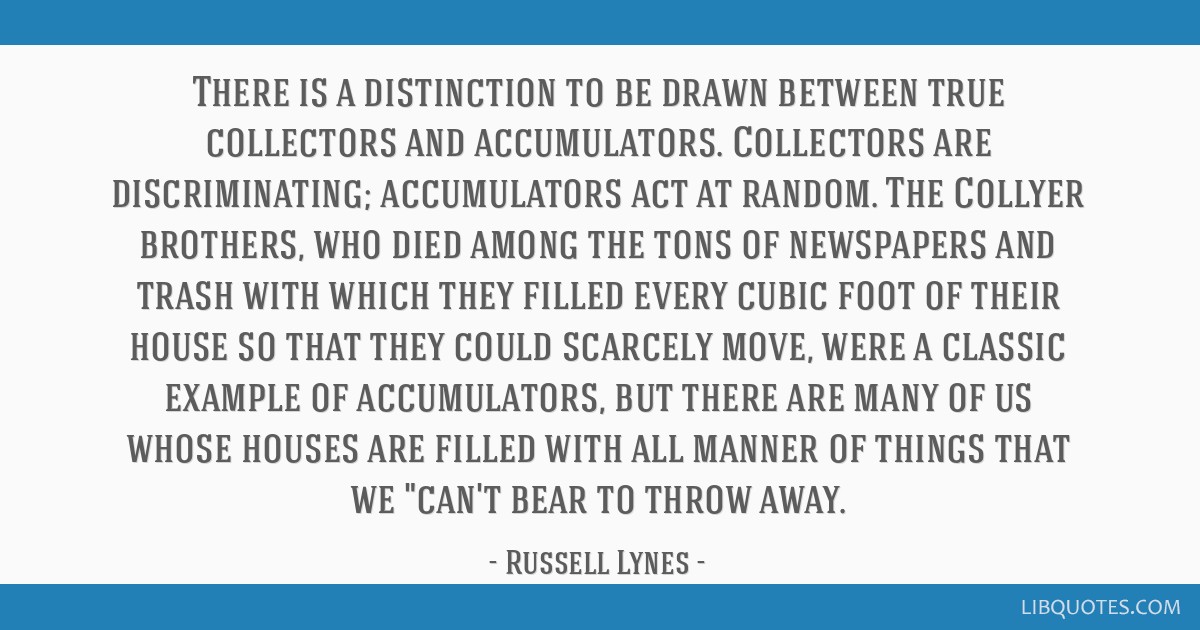 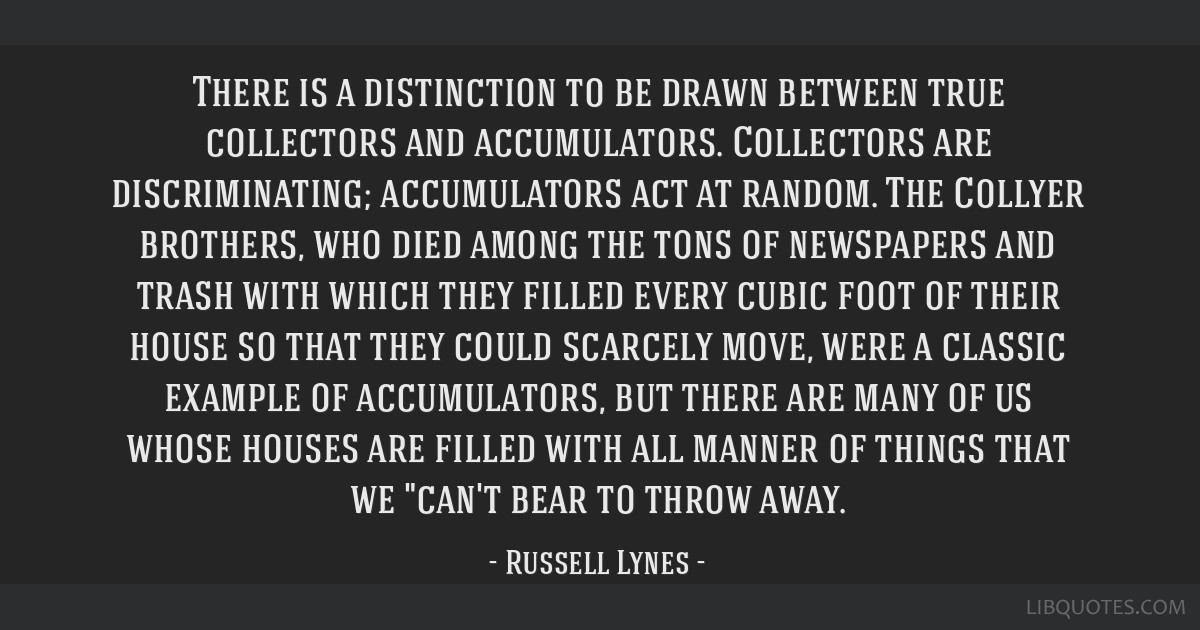 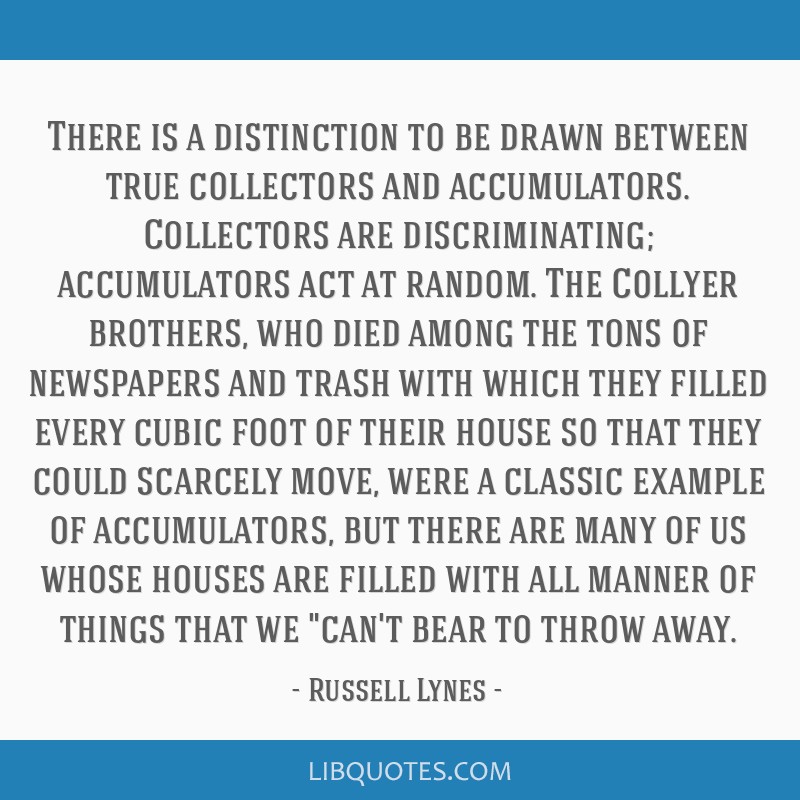 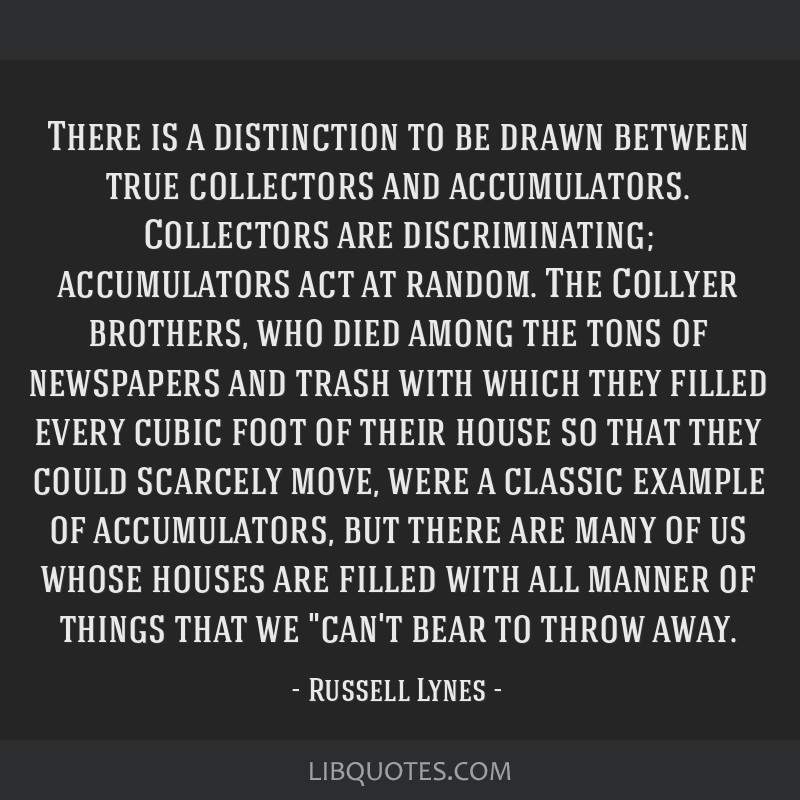