Inanimate objects can be classified scientifically into three major categories: those that don't work, those that break down and those that get lost.
The goal of all inanimate objects is to resist man and ultimately to defeat him, and the three major classifications are based on the method each object uses to achieve its purpose. As a general rule, any object capable of breaking down at the moment when it is most needed will do so. 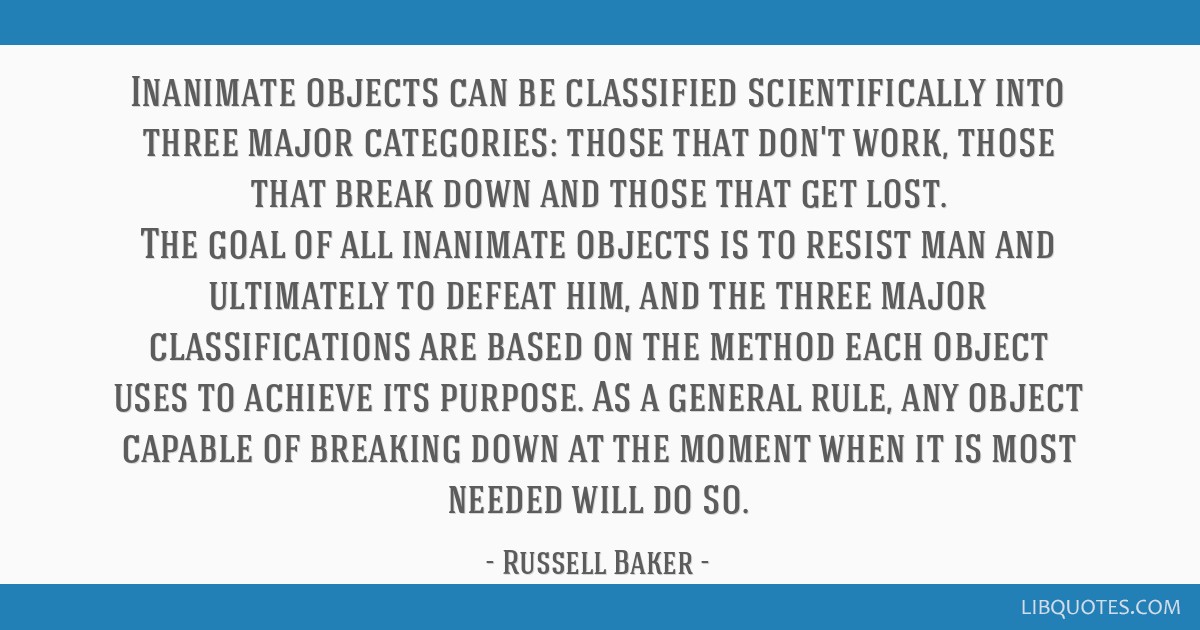 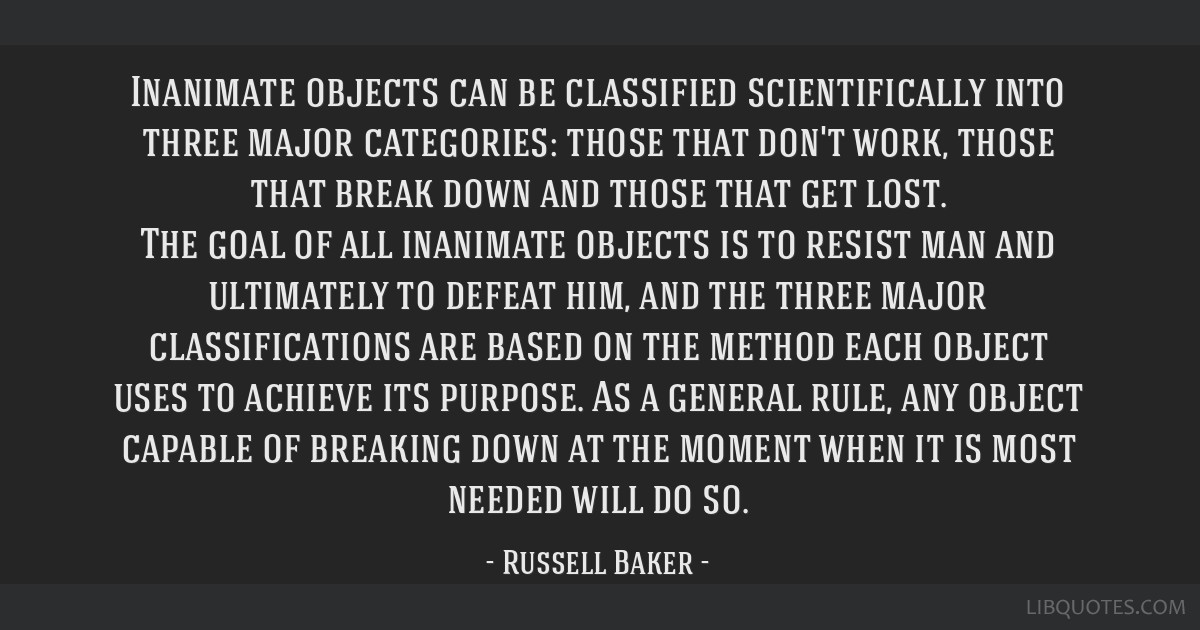 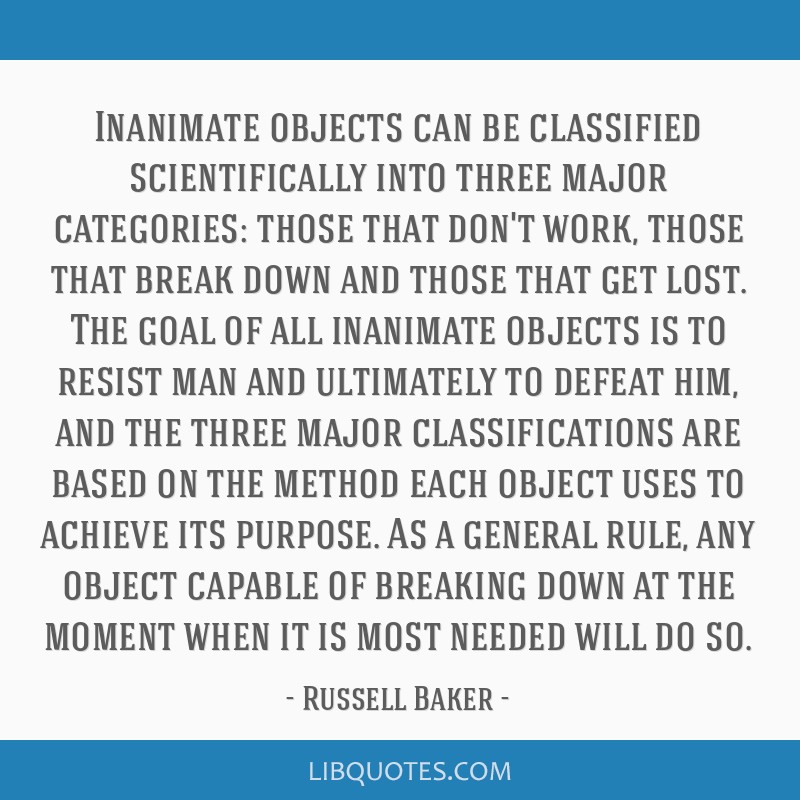 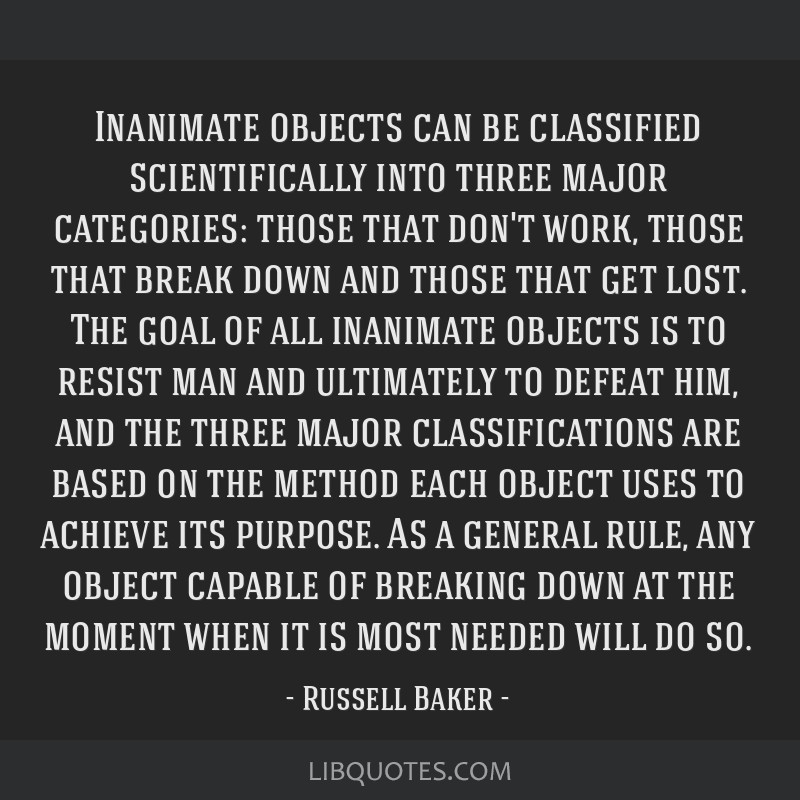