Sabotage became more frequent. On December 18, I went on a furlough and was supposed to return on January 5. When I arrived home I got a wire to be back in Copenhagen on December 29. It came from Pancke through his deputy. I later learned the reason through the deputy. Best, Pancke, Hannekan, and Kaltenbrunner were all called to Hitler's headquarters on December 30 for lunch. I went to Berlin, reported to Mueller on December 28 and 29, and told him that because I didn't execute countersabotage orders these people were to be scolded by Hitler. Mueller said: 'Comrade Mildner, watch yourself. Himmler is angry with you.' 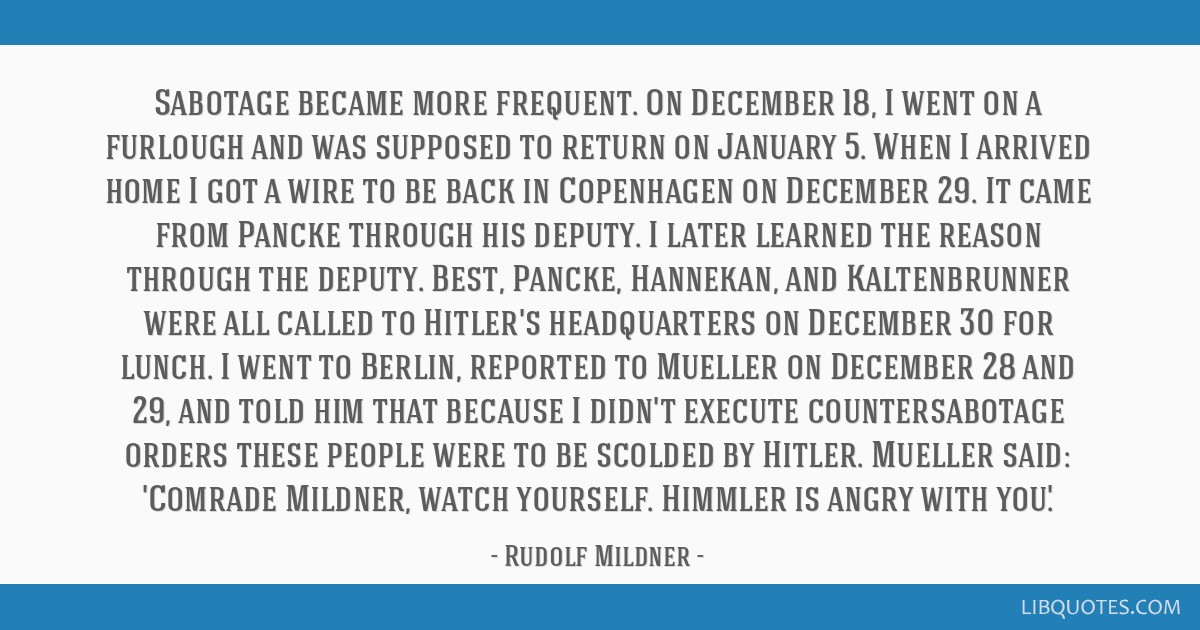 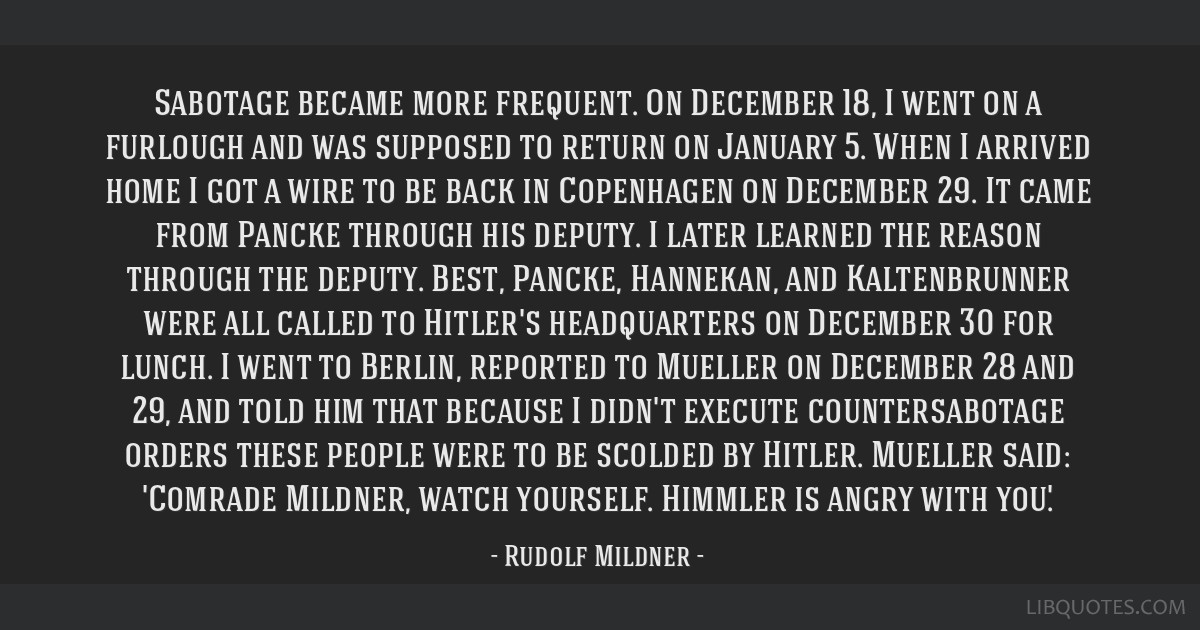 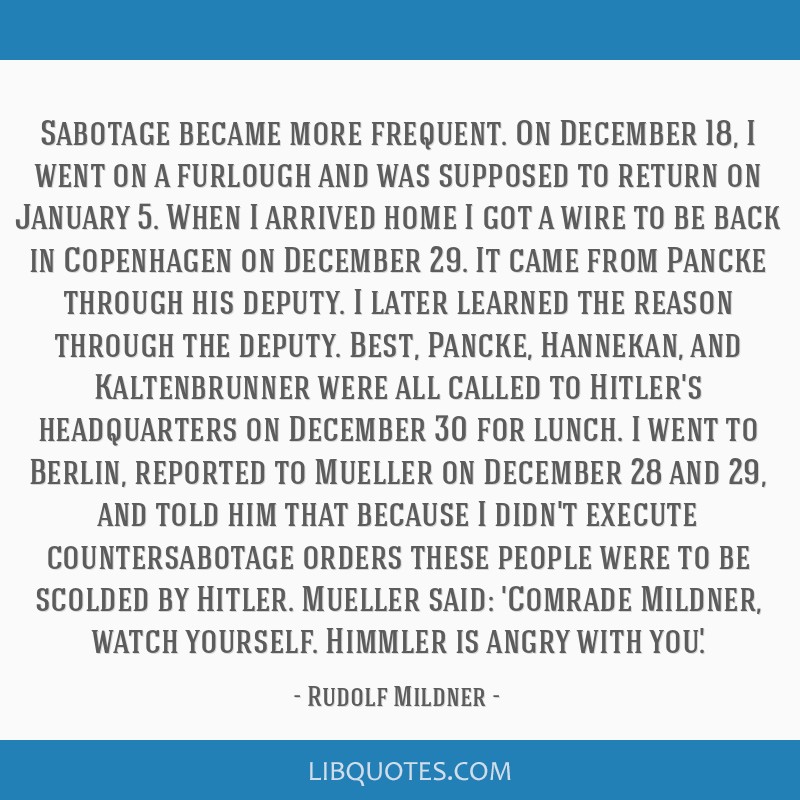 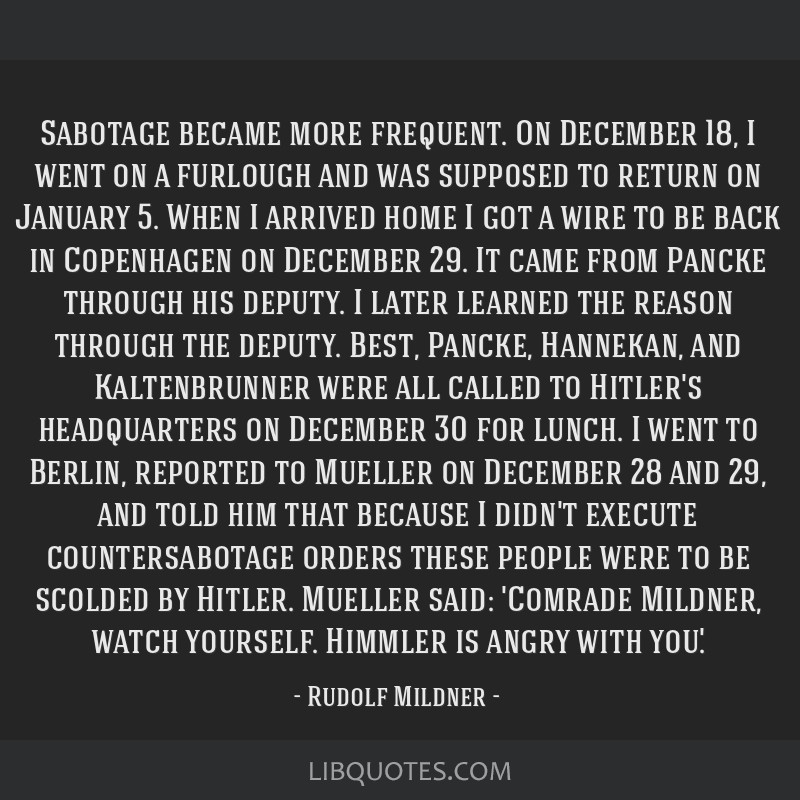