You take an oath to a man whom you know follows the laws of providence, which he obeys independently of the influence of earthly powers, who leads the German people rightly, and who will guide Germany's fate. Through your oath you bind yourselves to a man who — that is our faith — was sent to us by higher powers. Do not seek Adolf Hitler with your mind. You will find him through the strength of your hearts! 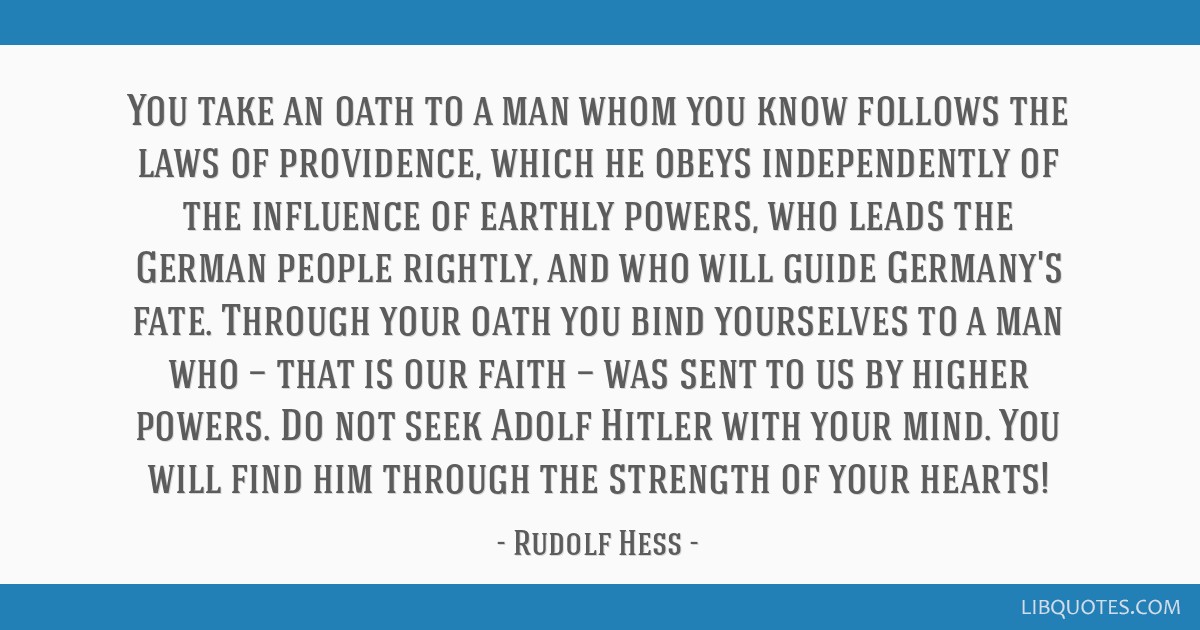 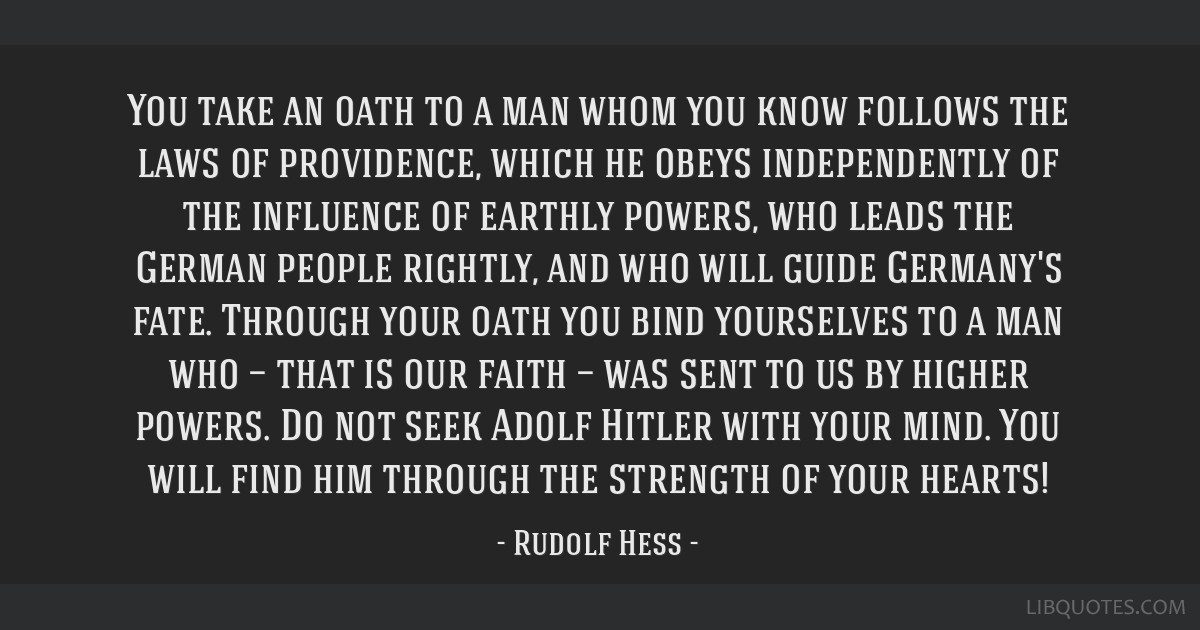 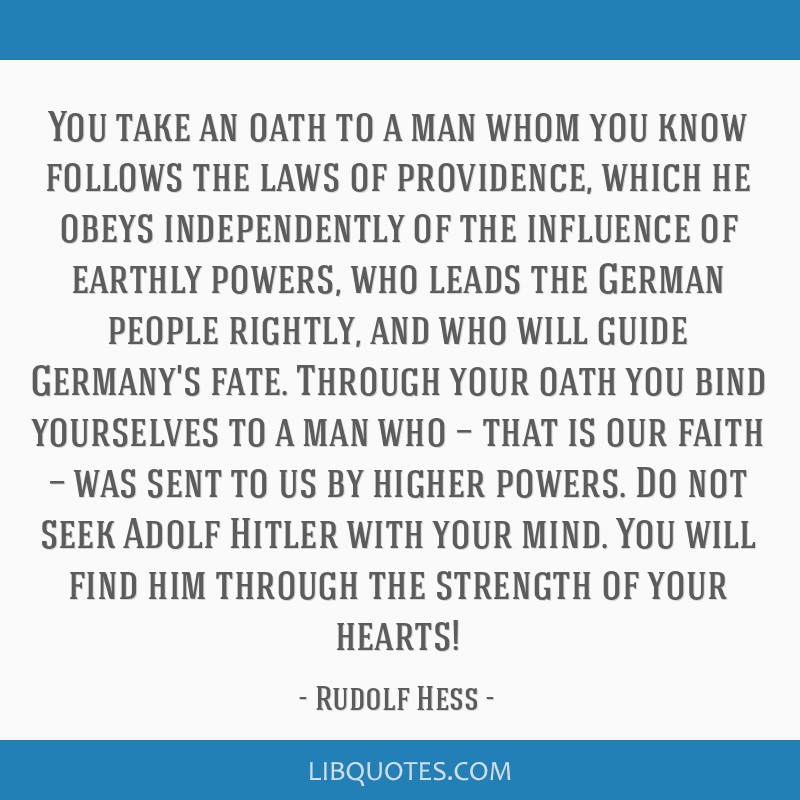 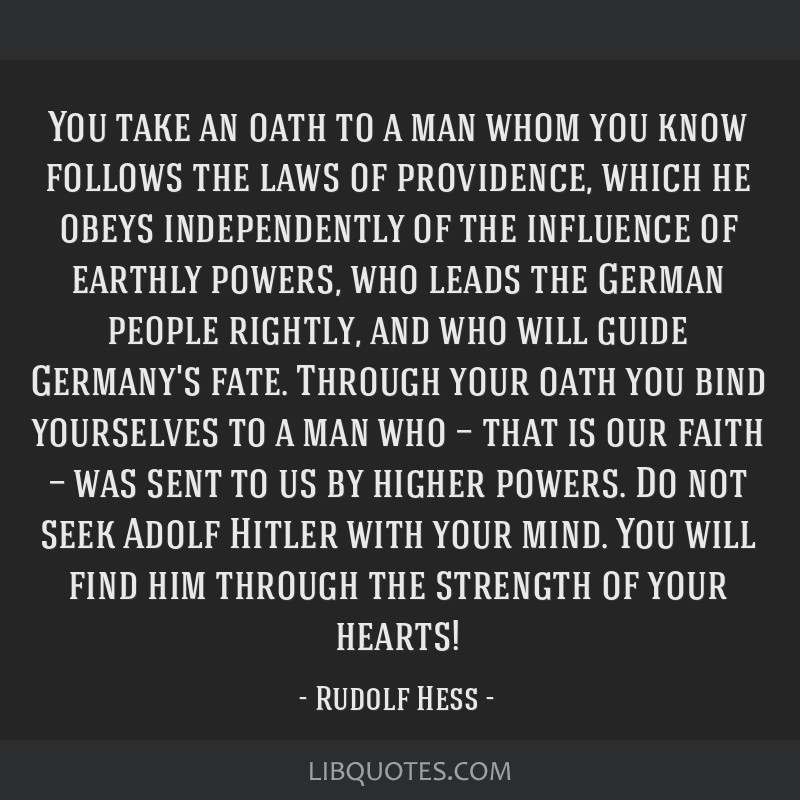 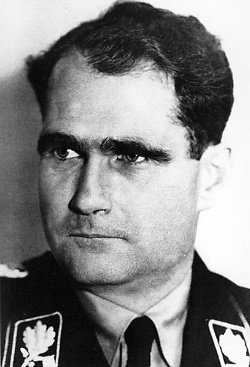