I believe in non-violent methods of struggle as most effective in the long run for building up successful working class power. Where they cannot be followed or where they are not even permitted by the ruling class, obviously only violent tactics remain. I champion civil liberty as the best of the non-violent means of building the power on which workers rule must be based. If I aid the reactionaries to get free speech now and then, if I go outside the class struggle to fight against censorship, it is only because those liberties help to create a more hospitable atmosphere for working class liberties. The class struggle is the central conflict of the world; all others are incidental. 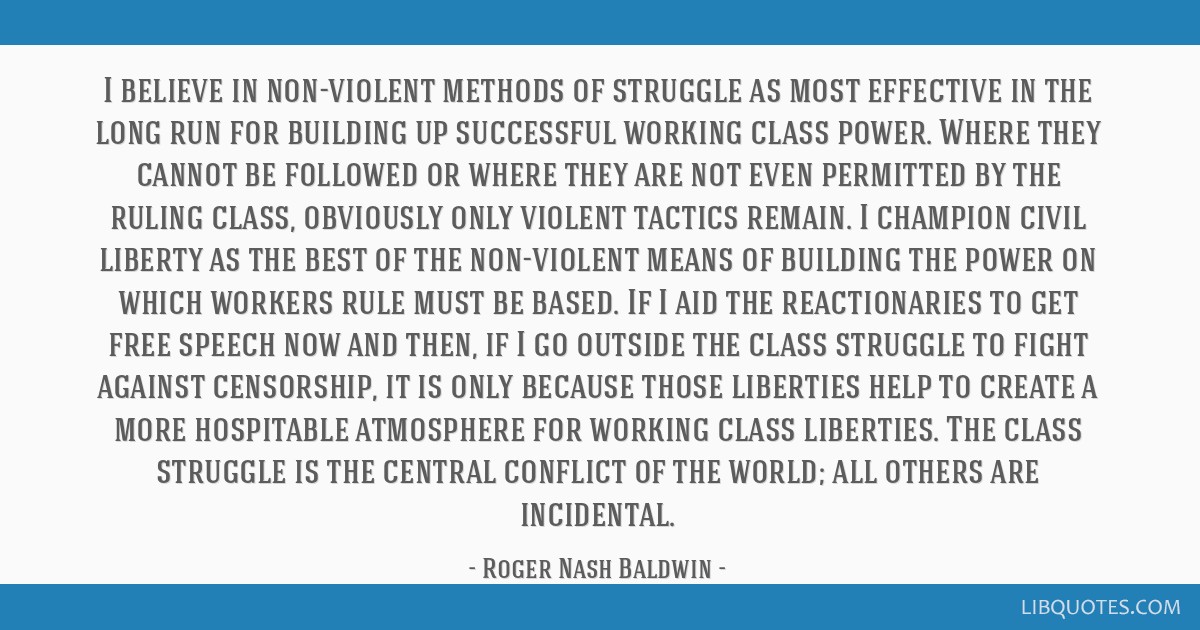 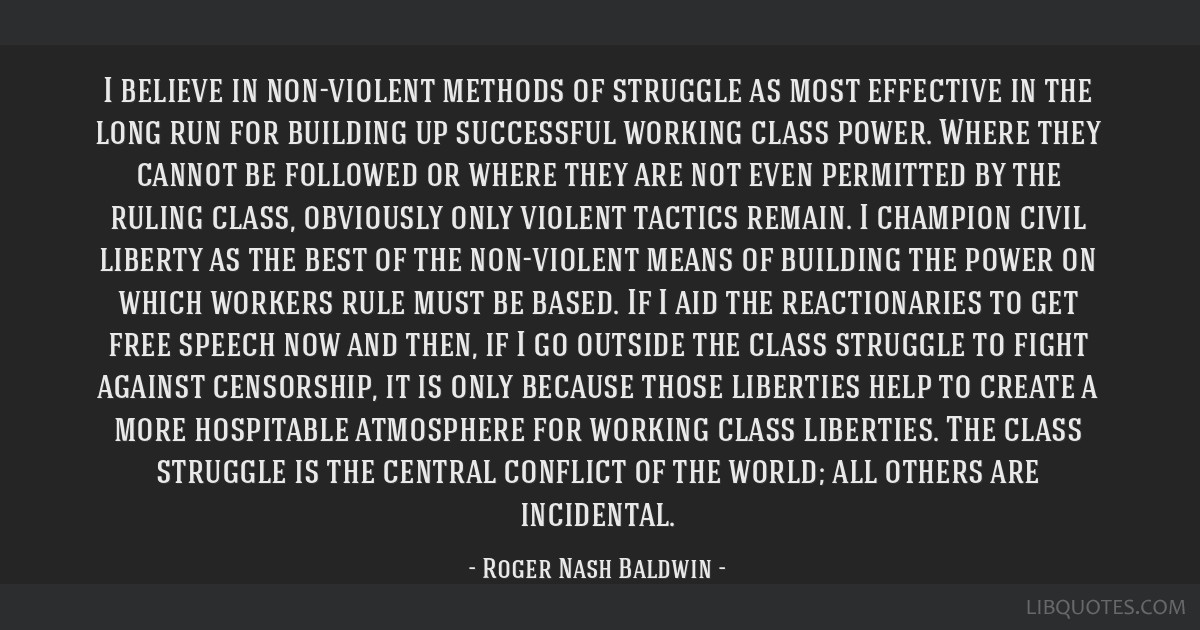 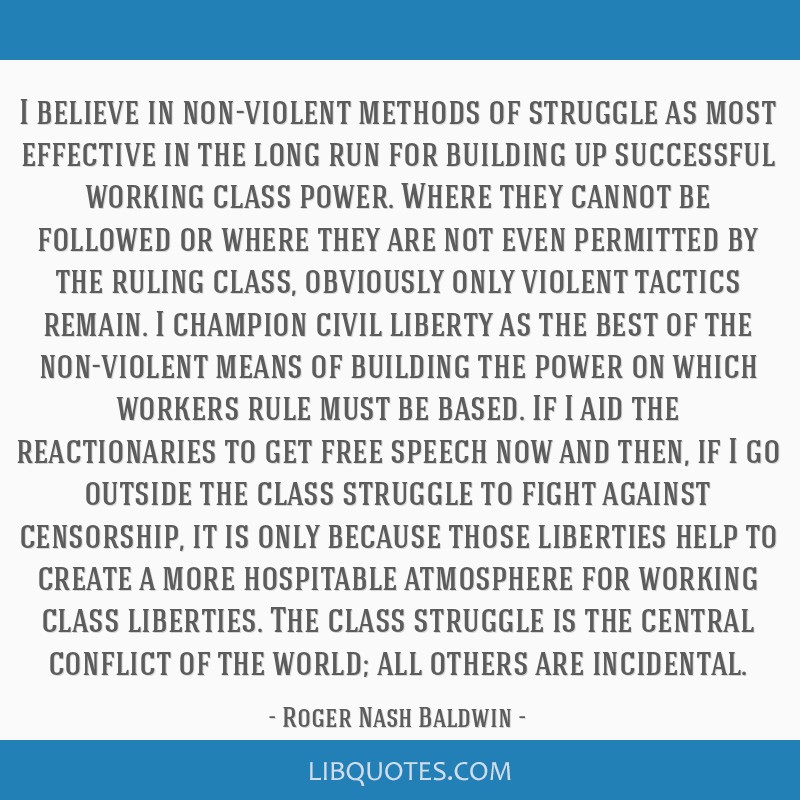 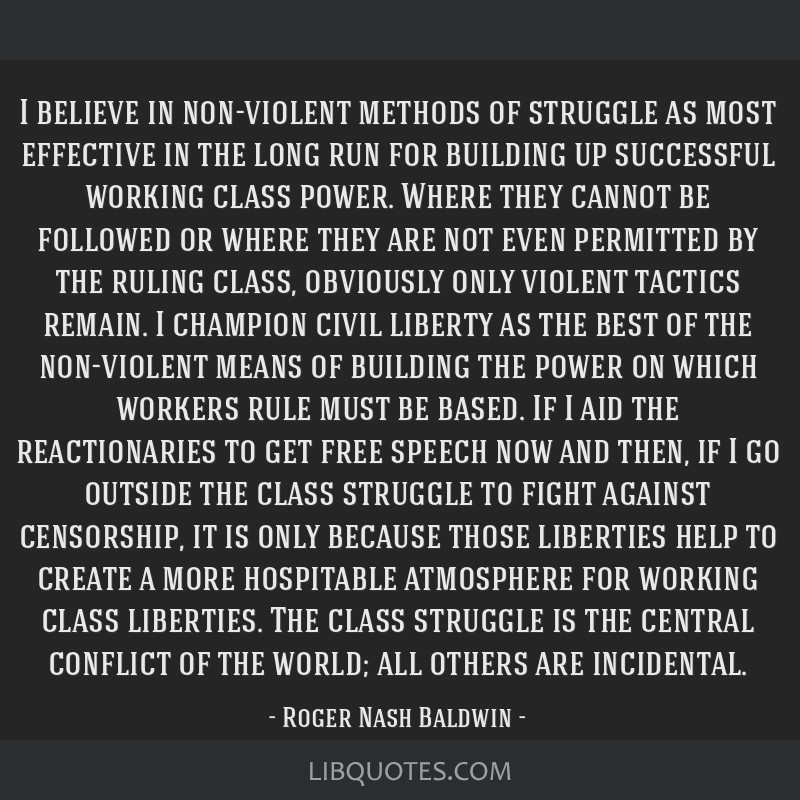