When that power of the working class is once achieved, as it has been only in the Soviet Union, I am for maintaining it by any means whatever. Dictatorship is the obvious means in a world of enemies at home and abroad. I dislike it in principle as dangerous to its own objects. But the Soviet Union has already created liberties far greater than exist elsewhere in the world. They are liberties that most closely affect the lives of the people — power in the trade unions, in peasant organizations, in the cultural life of nationalities, freedom of women in public and private life, and a tremendous development of education for adults and children. 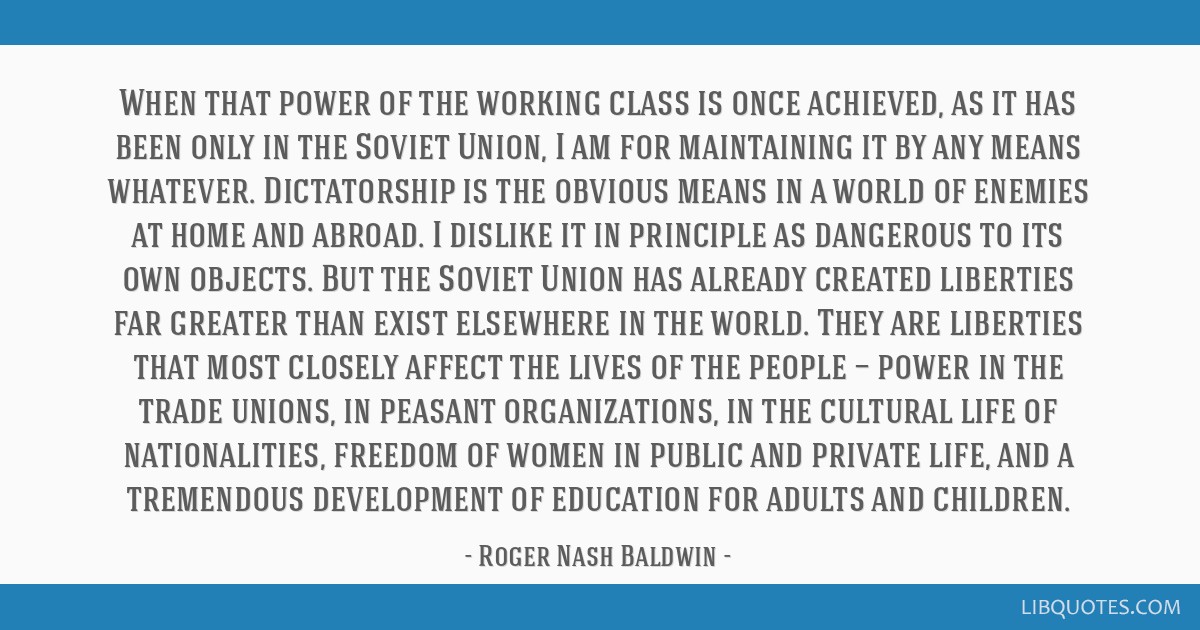 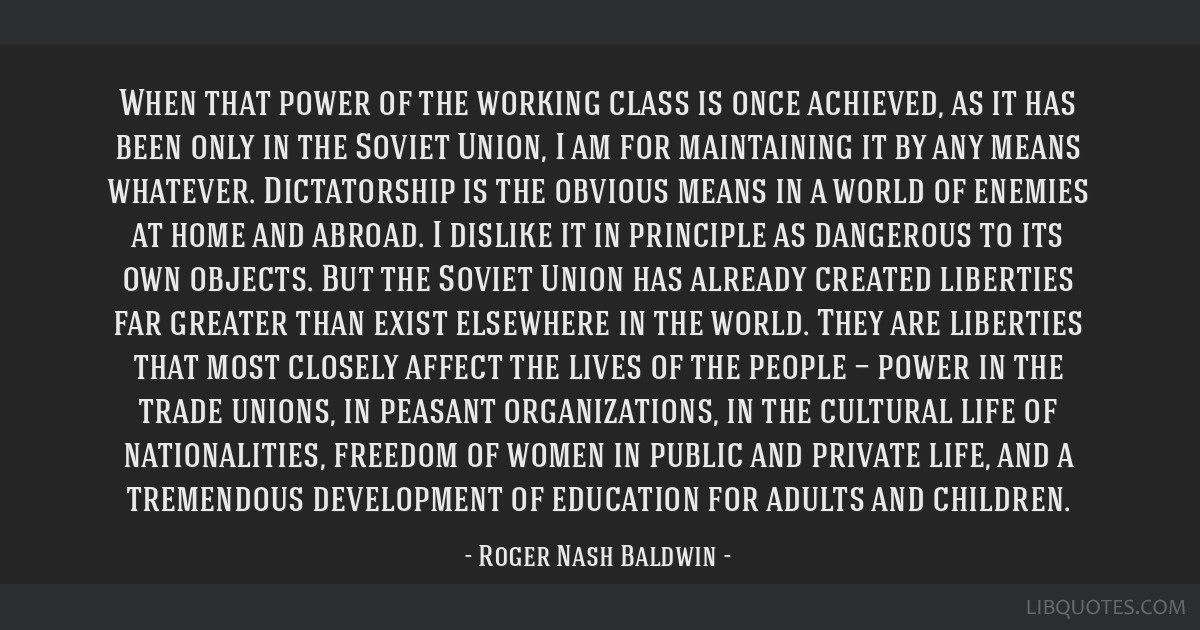 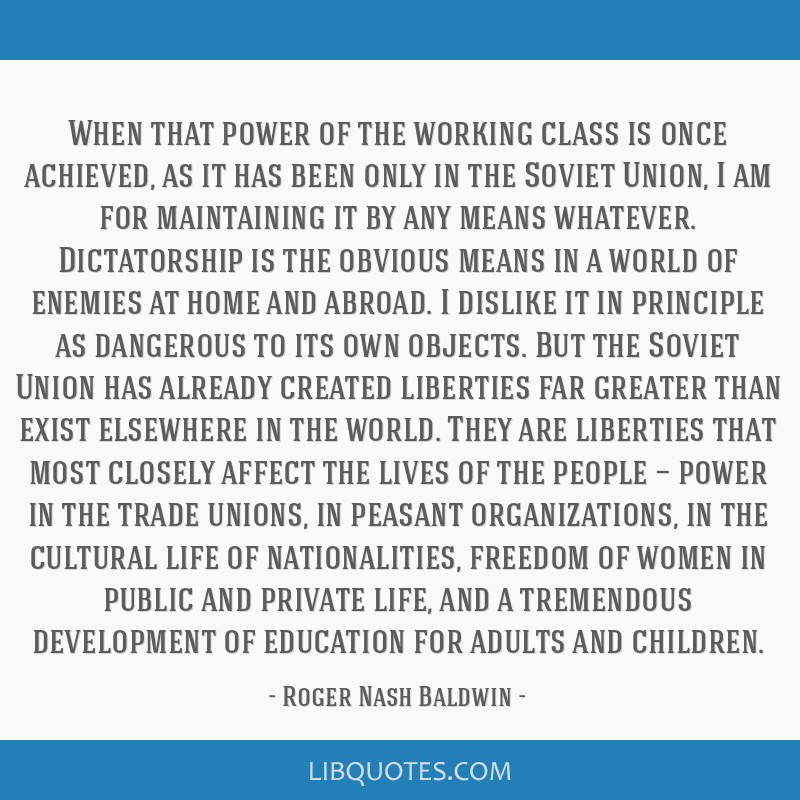 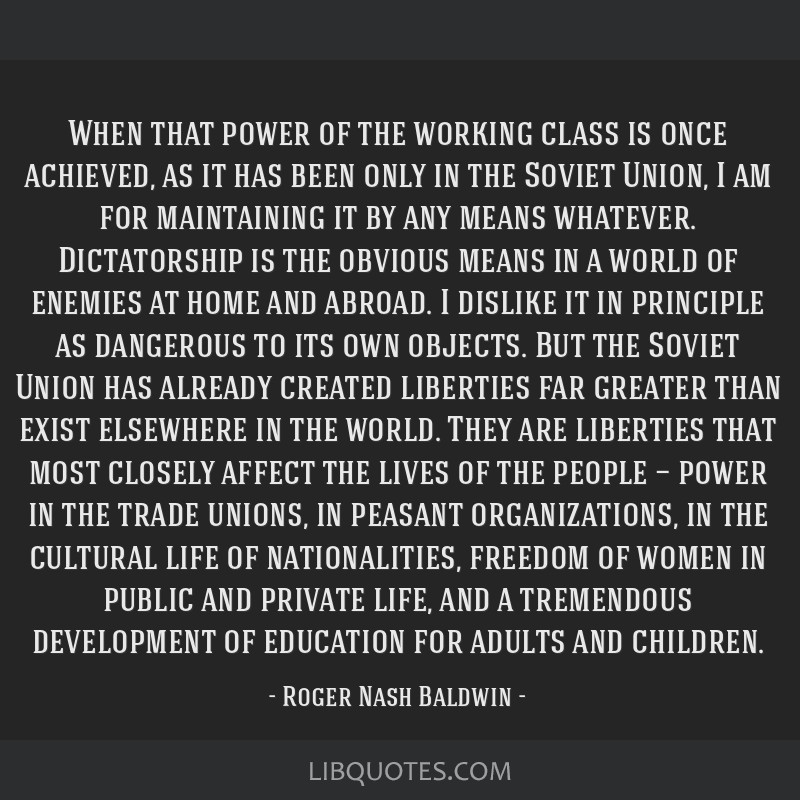