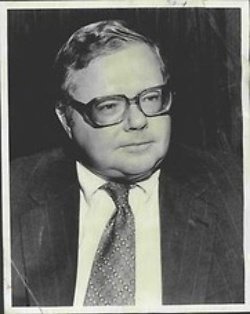 Creative Commons
Born: August 6, 1929
Died: March 5, 1995 (aged 65)
Bio: Roger Lea MacBride was an American lawyer, political figure, writer, and television producer. He was the presidential nominee of the Libertarian Party in the 1976 election. MacBride became the first presidential elector in U.S.
Known for: