In many respects, we now live in a society that is only formally democratic, as the great mass of citizens have minimal say on the major public issues of the day, and such issues are scarcely debated at all in any meaningful sense in the electoral arena. In our society, corporations and the wealthy enjoy a power every bit as immense as that assumed to have been enjoyed by the lords and royalty of feudal times. 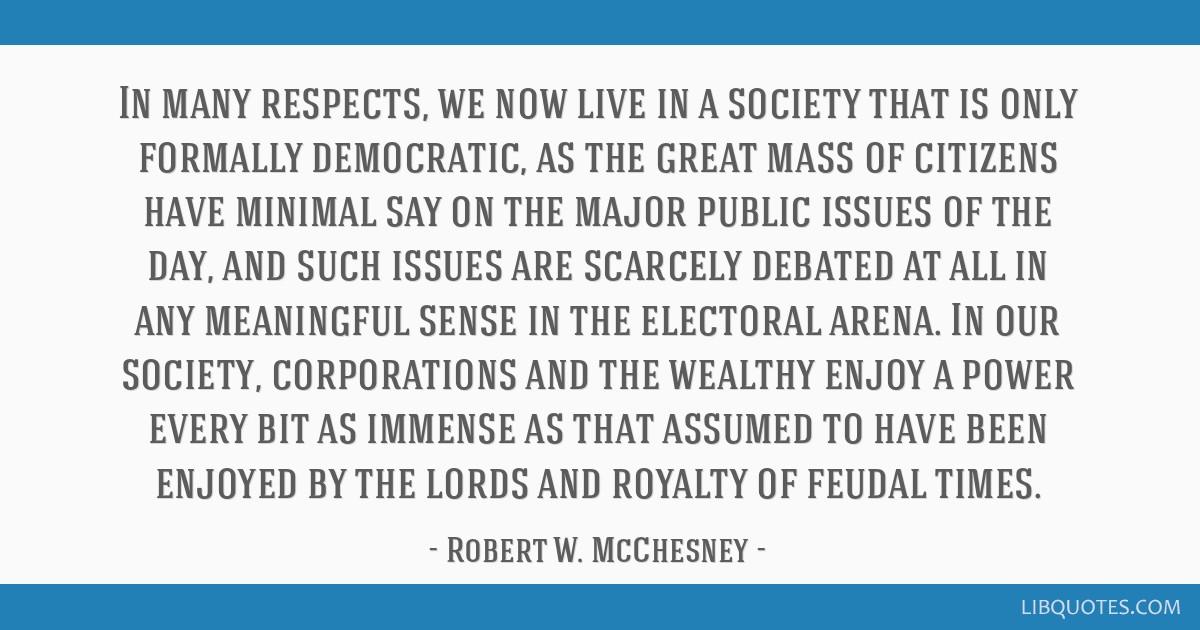 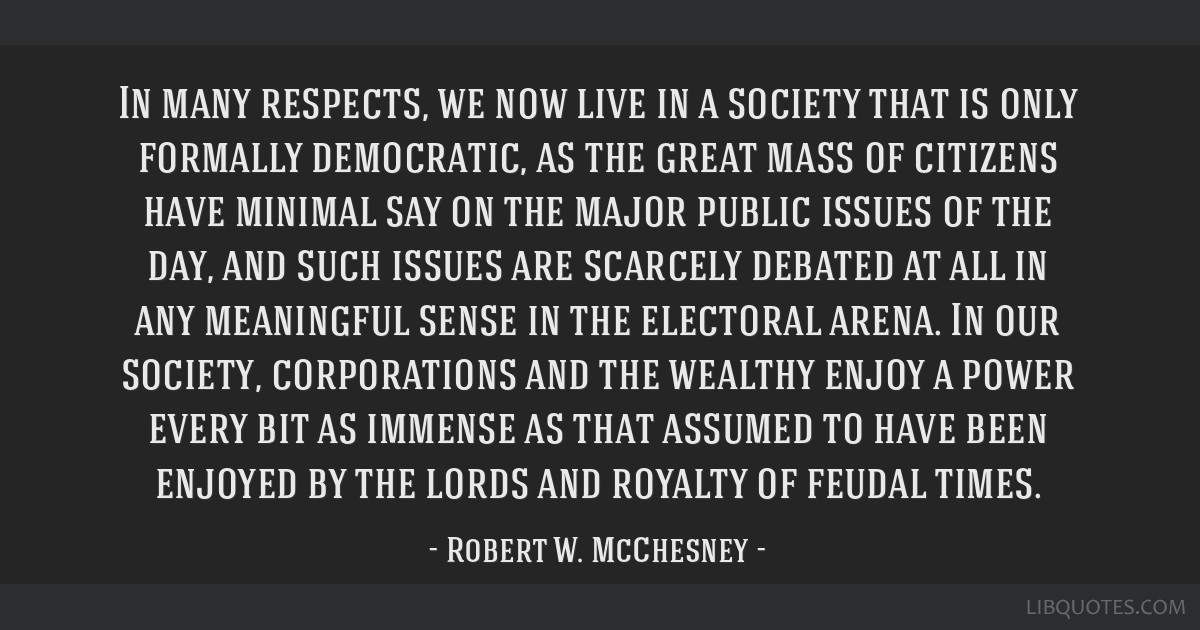 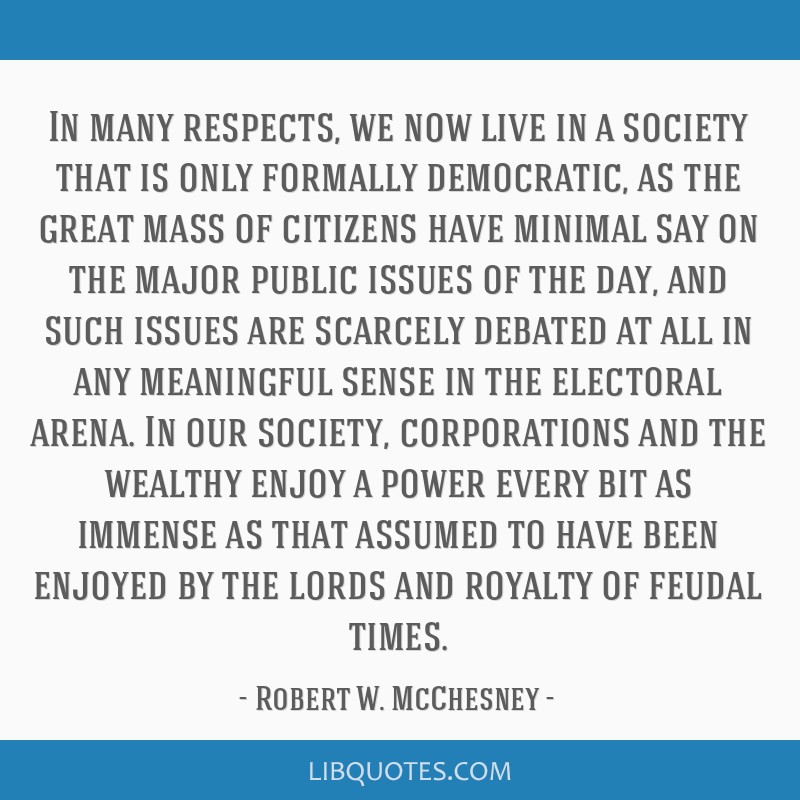 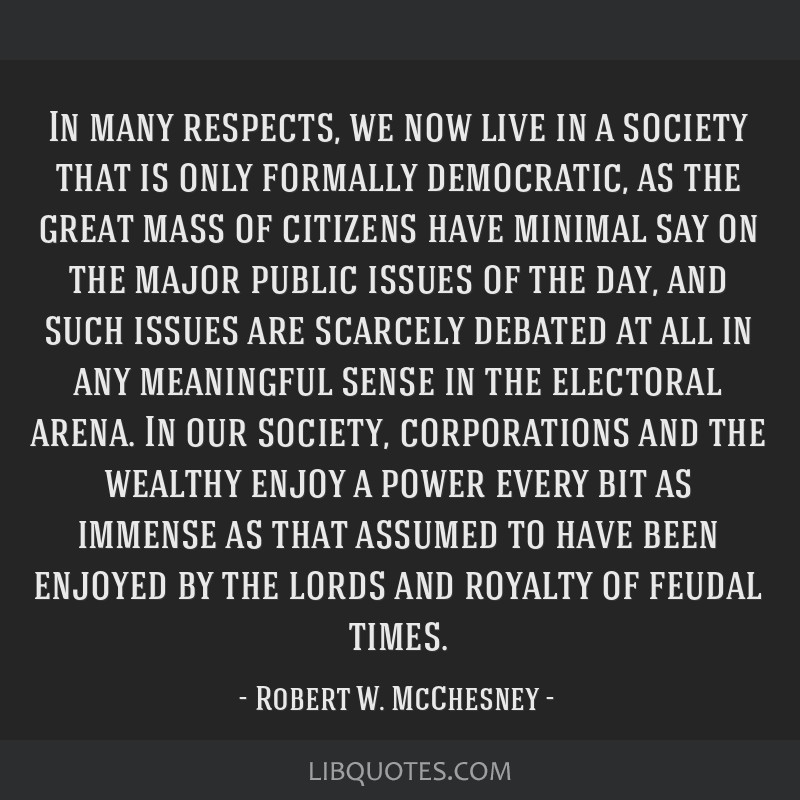 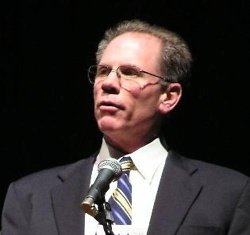