Islamic apologists in the West argue furiously that child marriage has nothing to do with Islam, and that the idea that Muhammad married a child is the invention of greasy Islamophobes. In reality, few things are more abundantly attested in Islamic law than the permissibility of child marriage. 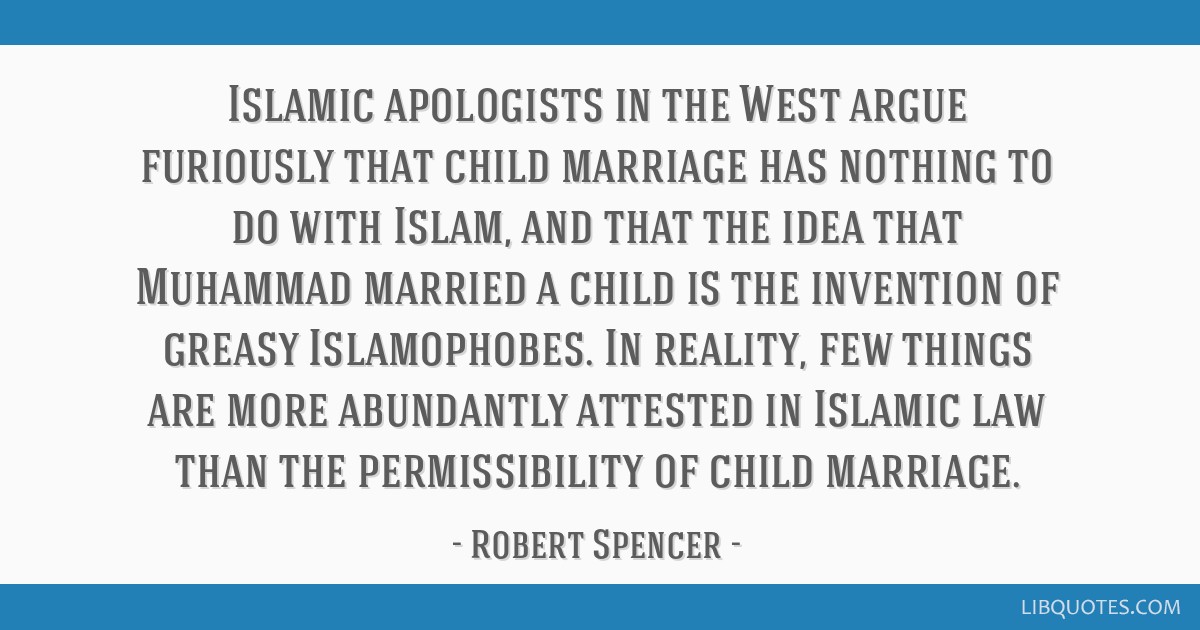 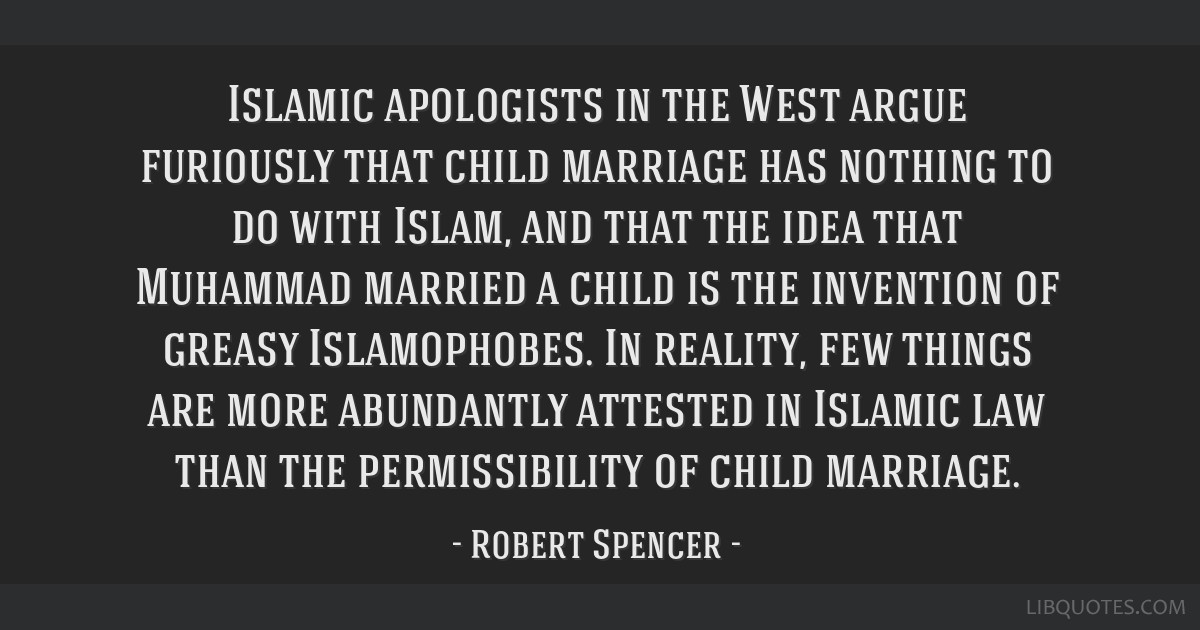 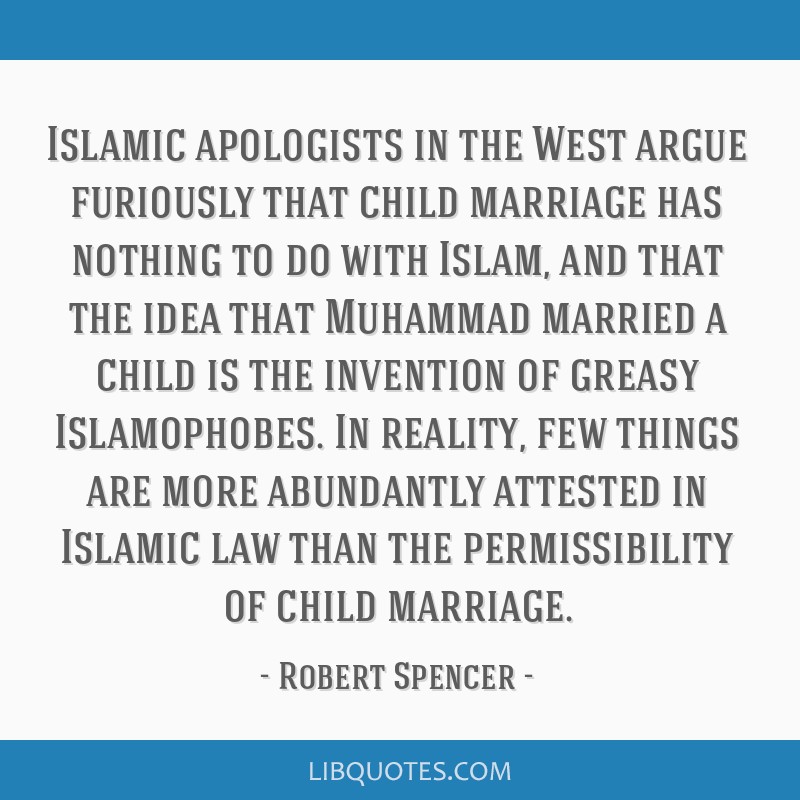 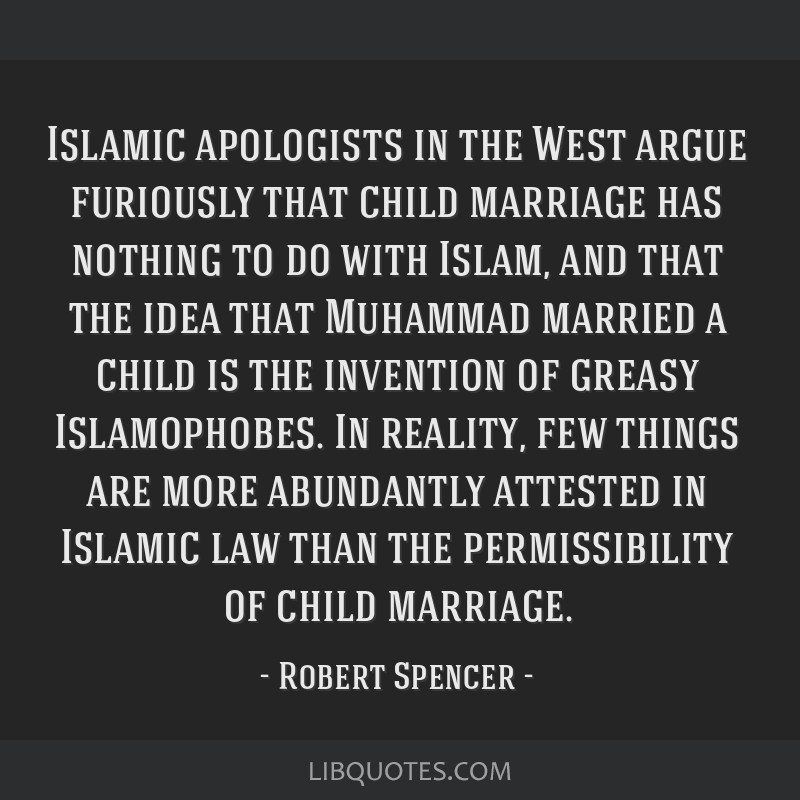 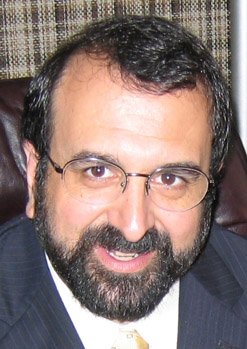