Schwartz closed his eyes. My grandmother told me never to get mixed up with economists. Their thinking is muddy and their breath is bad, she said. She also warned me against Yale men. Perverts of the intellect, she called them. So here I am cooped up on an interstellar ship with five hundred alien creatures and one fellow human, and he has to be an economist from Yale.

Short fiction - Schwartz Between the Galaxies (1974) 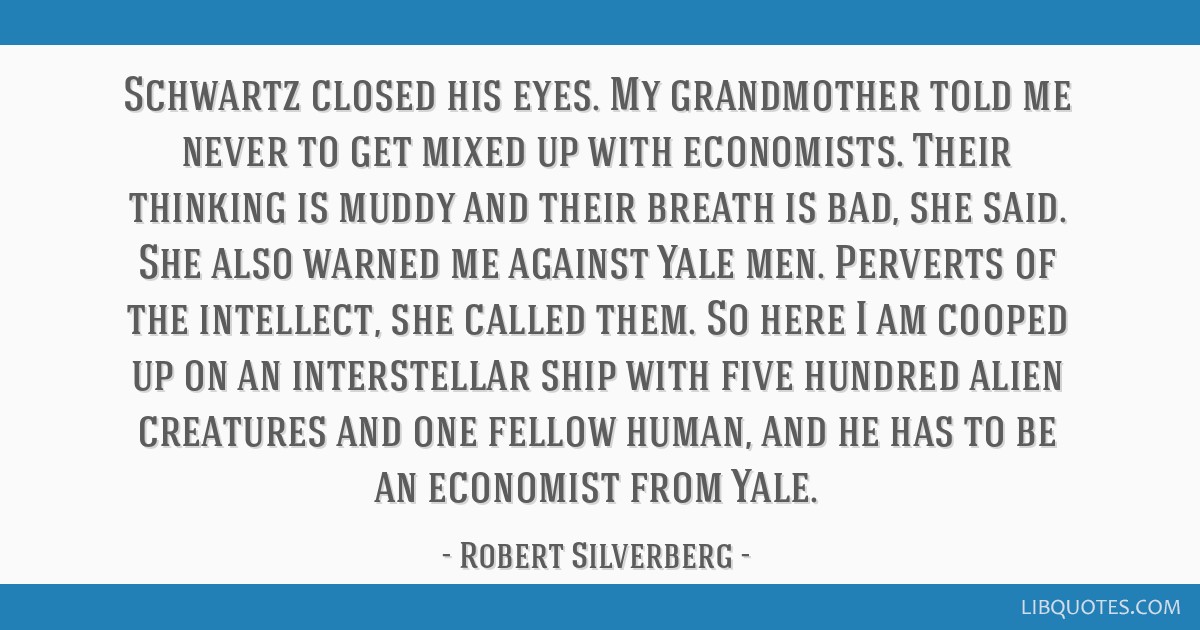 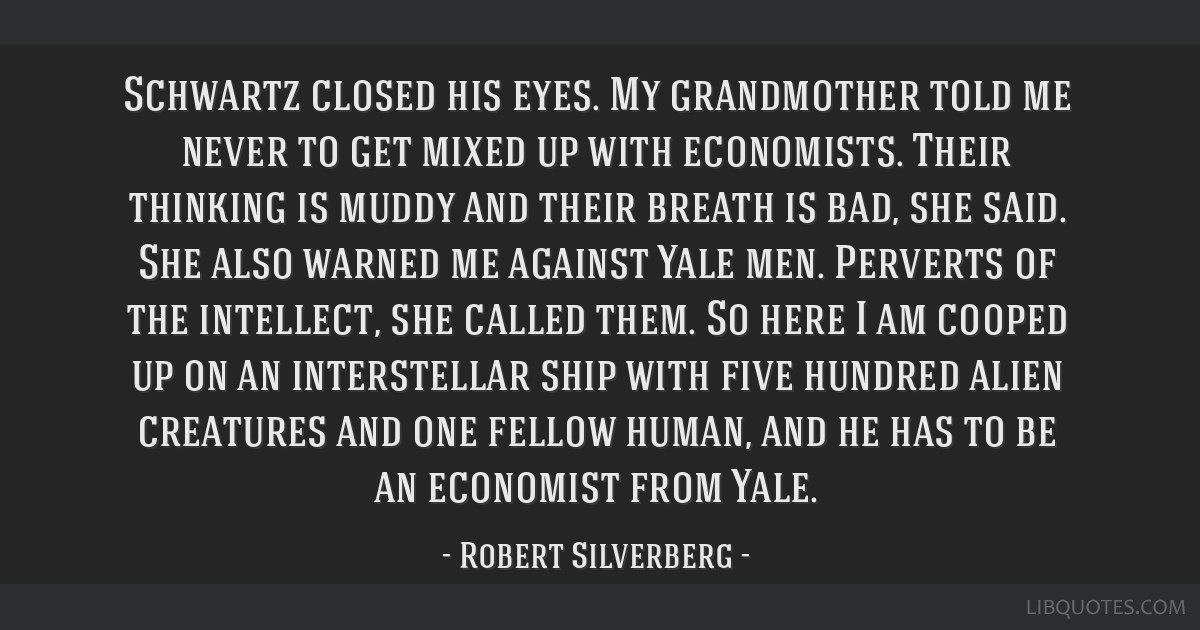 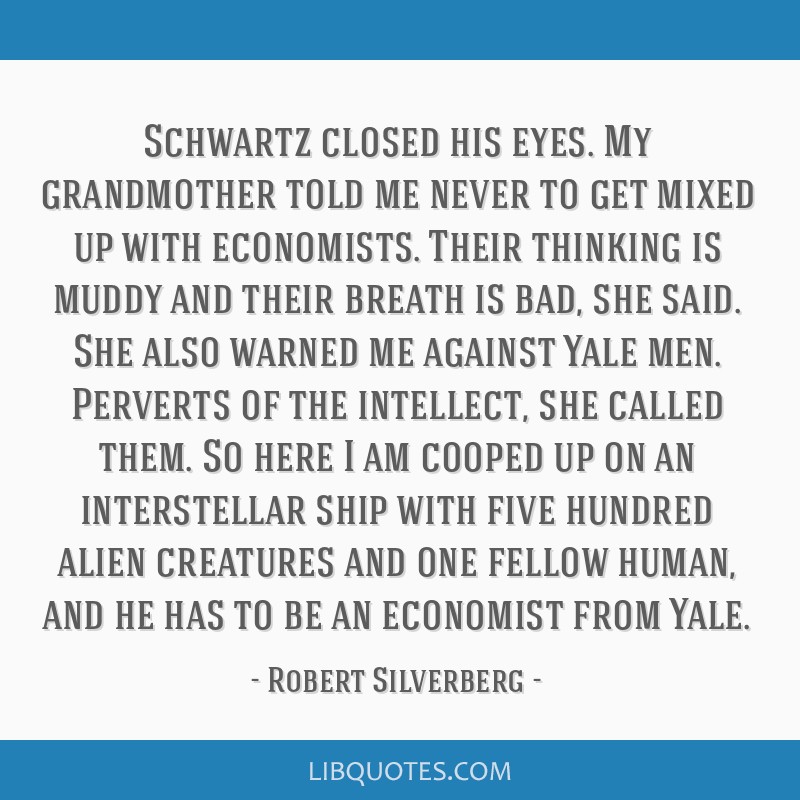 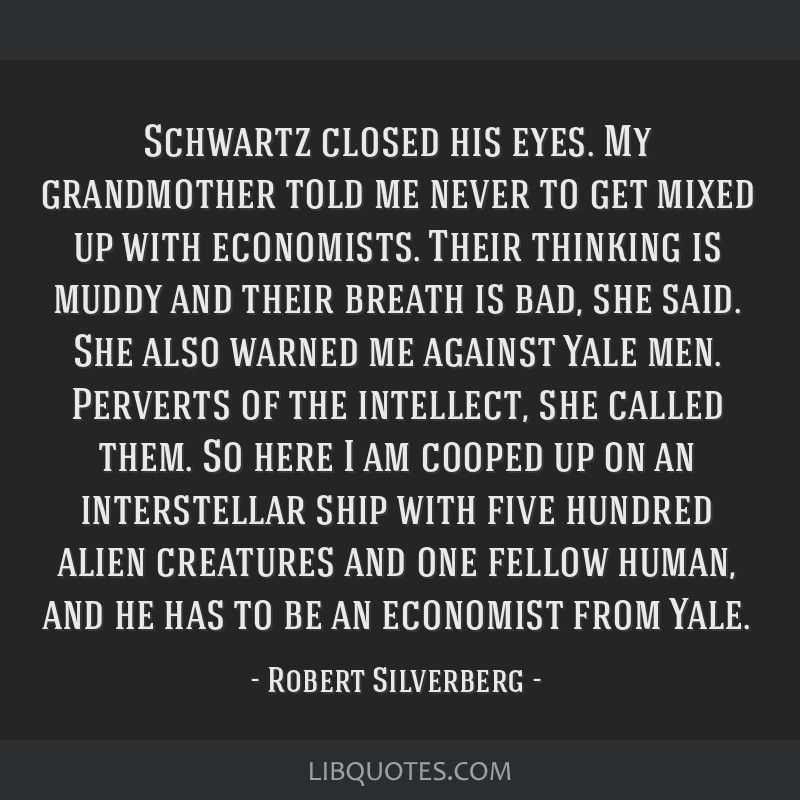 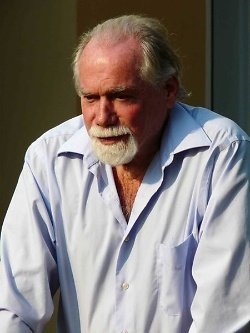