The followers of Heraclitus insisted the Immortal Principle was change and motion. But Parmenides' disciple, Zeno, proved through a series of paradoxes that any perception of motion and change is illusory. Reality had to be motionless.
The resolution of the arguments of the Cosmologists came from a new direction entirely, from a group Phædrus seemed to feel were early humanists. They were teachers, but what they sought to teach was not principles, but beliefs of men. Their object was not any single absolute truth, but the improvement of men. All principles, all truths, are relative, they said. "Man is the measure of all things." These were the famous teachers of "wisdom," the Sophists of ancient Greece. 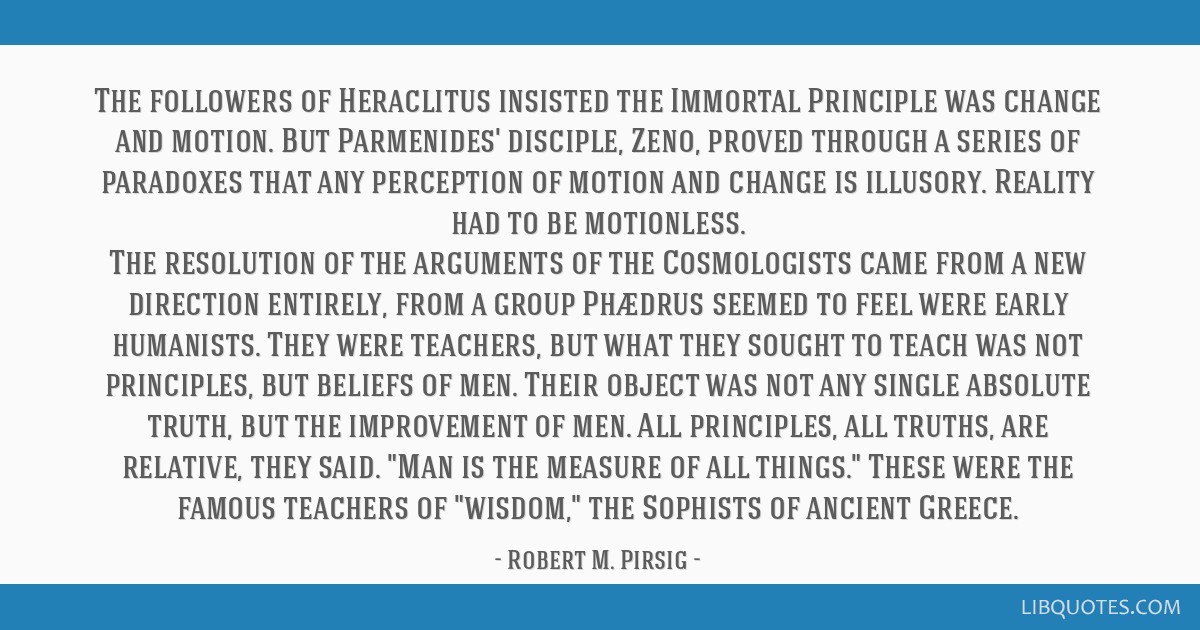 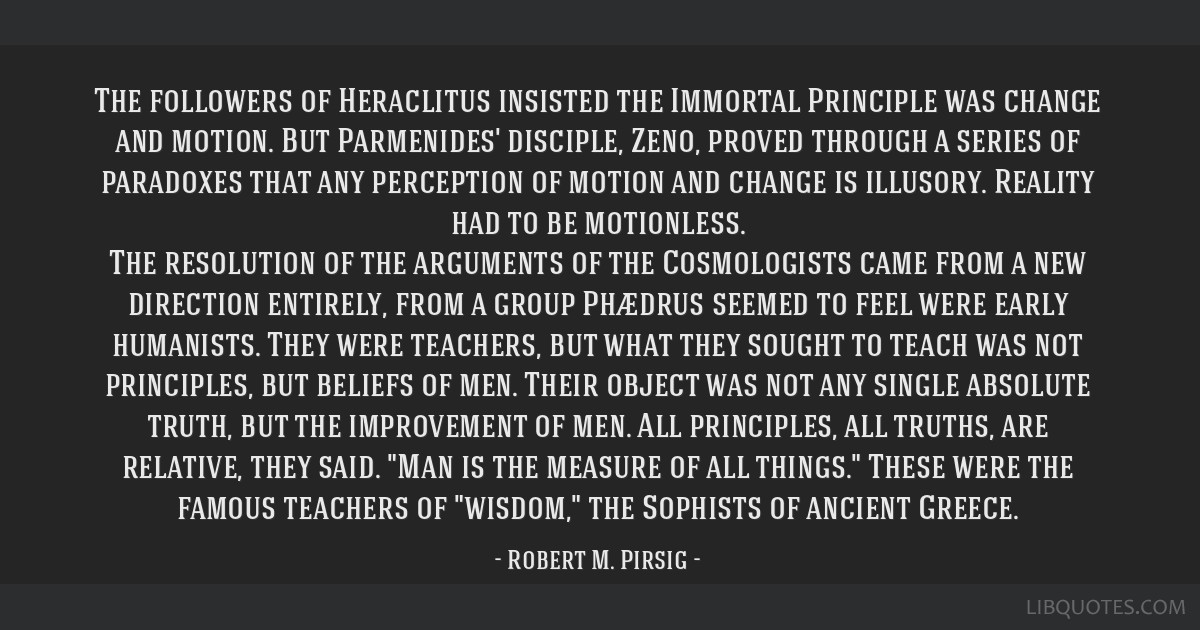 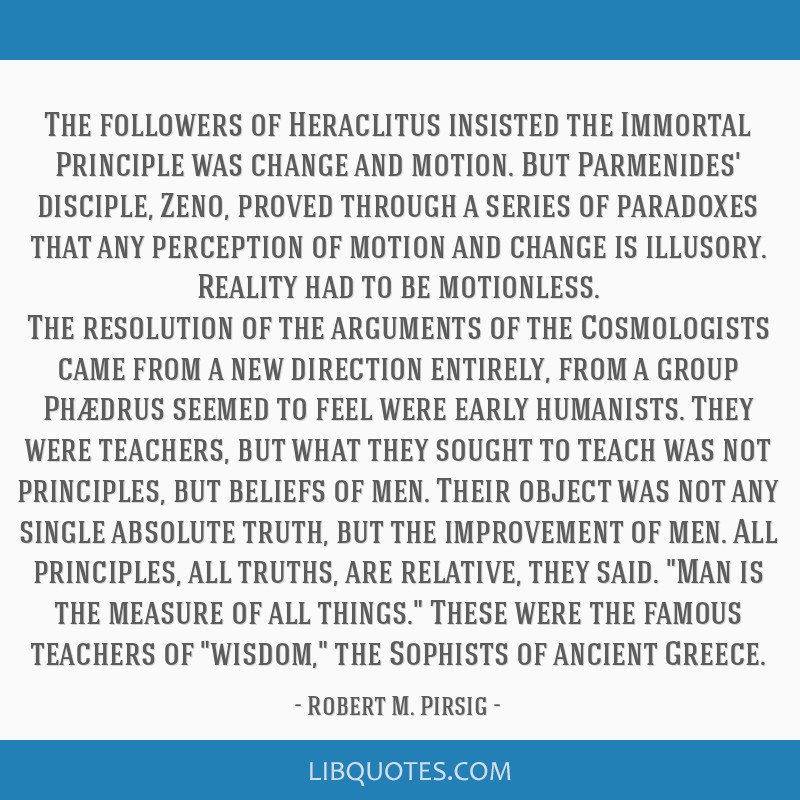 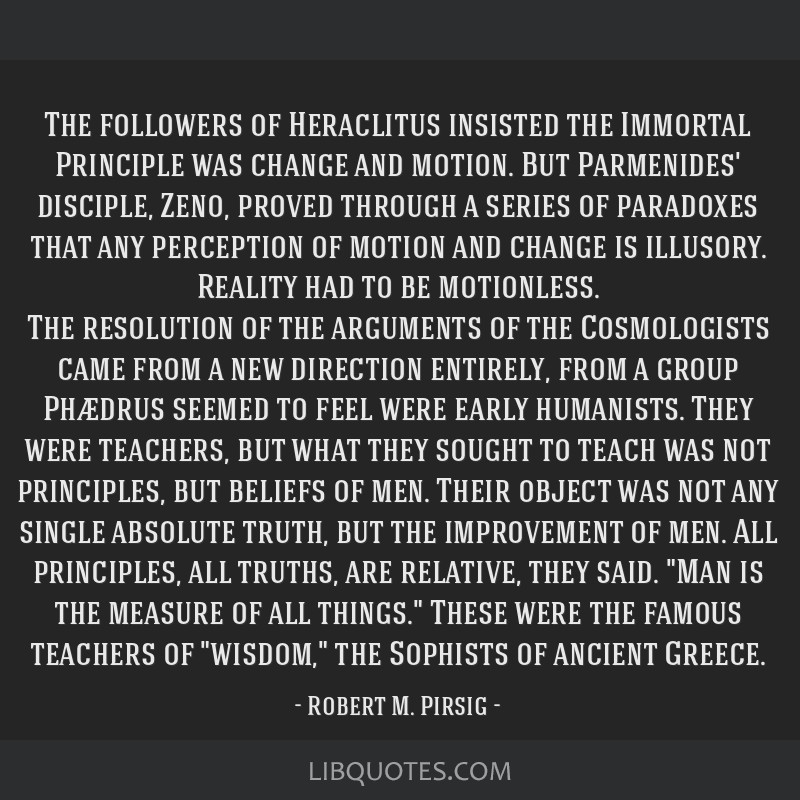 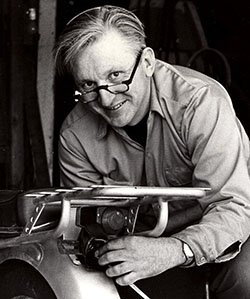